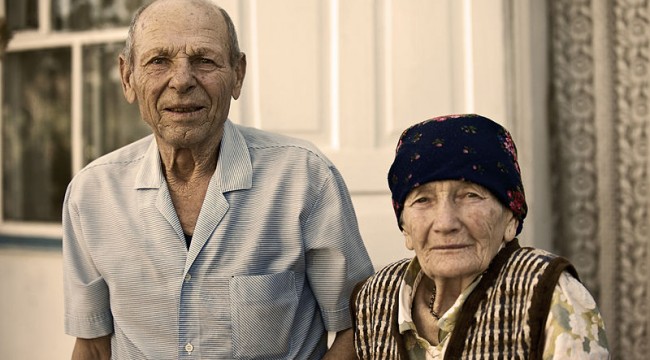 The Social Security Reform Act of 2019

They’re coming after Social Security spousal benefits. Count on it.

“Social Security spousal benefits have been part of the benefit structure since 1939, a time before Rosie the Riveter, the women’s movement and the decline in average wages which forced women into the workforce,” writes Jeffrey Miller, a retired econ professor at the University of Delaware.

“It is time to question the fairness and usefulness of the spousal benefit in the context of today’s realities,” Miller says in a MarketWatch column posted last Friday.

Today’s episode of The 5 is a follow-up from May 14. Then, we took note of an item in President Obama’s 2015 budget blueprint. It proposed to eliminate “file and suspend” — a method many couples use to maximize their Social Security benefits over time.

The proposal doesn’t have a prayer of passage in Congress this year or next.

But Professor Miller goes a step further. And he makes us wonder what’s in store once we get past the 2016 elections…

“Let’s eliminate the spousal benefit altogether,” proposes the professor, invoking a word that should always make you reach for your wallet defensively — fairness.

Miller cites the case of two hypothetical couples: Both earn $2,000 in Social Security benefits at full retirement age. But the wife in Couple No. 1 never worked, while both spouses in Couple No. 2 worked.

Our point today isn’t about whether Miller is right or wrong. It’s about this: The government reserves the authority to change the rules of the game at any time.

We learned this more than a generation ago from the Greenspan Commission. Before he embarked on his two-decade path of destruction running the Federal Reserve, Alan Greenspan chaired one of those proverbial bipartisan blue-ribbon panels. Its task — to shore up Social Security’s shaky finances.

But the reforms had only so much impact. As we’ve mentioned from time to time, Social Security’s own actuaries predict the program’s “trust fund” will be exhausted by 2033… and researchers at Harvard and Dartmouth anticipate the day of reckoning will arrive sooner, in 2029.

So it’s not hard to imagine the next president, whoever it is, appointing another bipartisan blue-ribbon panel to once again take up the task of revamping Social Security.

If the new president follows the Reagan timetable, the commission will be appointed in 2017 and its recommendations would end up as law by 2019. (Maybe Greenspan’s successor, Ben Bernanke, would be the chairman?)

As we noted last month, eliminating file and suspend won’t achieve much in the way of savings — $9.5 billion a year, or barely 1% of the $863 billion in benefits Social Security paid last year.

But eliminating spousal benefits? The aforementioned Professor Miller says now we’d be getting somewhere — although he doesn’t offer up hard numbers.

It’s this simple: The rules will change, sooner or later. And you need to do everything in your power to maximize your retirement income above and beyond Social Security.

Here’s What Could Deflate the Bubble

The little recognized catalyst that could ultimately prick today’s bubble, or at least depressurize the bubble…