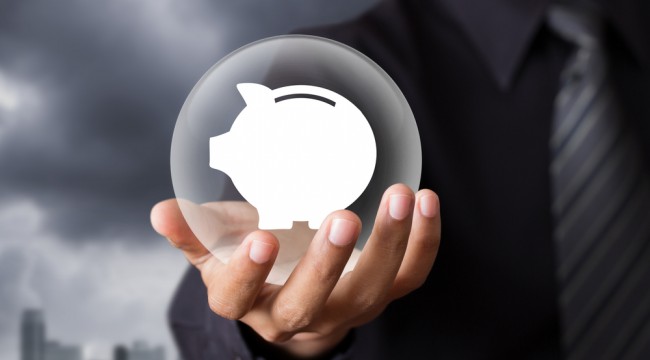 The Safest Investments in a Dangerous World Market

The relationship between geopolitics and global finance has rarely been more densely connected and complex as it is today.

Knowing how to invest and allocate assets among various classes requires understanding the strategic drivers of valuation and volatility. Here is an around-the-world tour of flashpoints and their implications for investors.

Putin is proving himself to be patient, nimble and focused compared to the White House, which is reactive, clumsy and easily distracted.

The disintegration of Iraq is far from over. The situation will deteriorate further putting upward pressure on oil prices. The ISIS-Sunni drive to Baghdad has been temporarily slowed due to the Shiite call to arms, and Iranian intervention on the side of Shiites and the al-Maliki government. ISIS sensibly is regrouping and consolidating gains while awaiting further aid from its Saudi sponsors. All of this is a prelude to much larger battles to come.

The war in Iraq has the potential to become a regional war. Turkey may be drawn in by the emergence of a Kurdish state in northern Iraq. Iran has already been drawn in to support al-Maliki. Syria and Iraq have effectively been partly merged because the border has been erased. Jordan is relatively weak and will be hurt by refugees and spillovers.

Jordanian territory is used by both ISIS and the United States for base operations. None of these developments will be resolved soon, so the regionalization of the conflict will proceed with negative implications for regional energy supplies.

The relaxed reaction from the White House to the situation in Iraq is easily explained by the fact that Obama reached a detente with Iran last December when he announced a framework for agreement on Iran’s nuclear programs and removed some economic sanctions.

Obama’s foreign policy vision is one where the United States withdraws from the world but leaves behind regional “cops on the beat” who keep order in their neighborhoods. Iran is Obama’s preferred cop on the beat in the Middle East so the United States is relying on it to restore order in Iraq without quite saying so.

Détente with Iran is a betrayal of Saudi Arabia. Since 1974, the United States dollar has been propped up by the original “petrodollar” deal whereby the United States acted as a guarantor of the security of the House of Saud in exchange for Saudi agreement to price oil in dollars. This requires countries to maintain dollar reserves in order to secure oil supplies whether they like the dollar or not.

Now that the United States is reneging on its half of the deal, Saudi Arabia can abandon the petrodollar especially in its new energy dealings with China. This points to United States dollar weakness ahead, even if the dollar gets a temporary lift on flight to safety momentum.

Nor has the Ukrainian crisis abated. Putin made large gains in Crimea and eastern Ukraine in the early going. United States and European economic sanctions were tame, but the pushback was enough to cause Putin temporarily to relax tensions. As soon as the ISIS attacks in Iraq became a distraction for the White House, Putin seized the opportunity to go on the move again by putting Russian tanks in parts of Ukraine and tolerating the shoot-down of a Ukrainian troop transport plane.

Putin is proving himself to be patient, nimble and focused compared to the White House, which is reactive, clumsy and easily distracted. This crisis is also not going away soon and will put upward pressure on the prices of oil and gold.

In Europe, the head of the European Central Bank, Mario Draghi, recently lowered two interest rates, including the creation of a negative rate of interest for the first time. Draghi has proved once again that he is the only central banker who understands central banking. He says little and does less, but it is all quite effective because he keeps dry powder and does not try to do more than he actually can.

His recent moves show his dedication to price stability by fighting deflation, but also show that he will not print money or engage in quantitative easing, “QE,” for the purpose of stimulating growth. Draghi knows that money printing doesn’t work to create growth, nor will he join the currency wars by cheapening the euro.

The euro has nearly bottomed for now and will trend higher as it becomes clear that Draghi separates himself from the easy money crowds at the Fed, the Bank of England, the People’s Bank of China, and the Bank of Japan.

China is in the midst of a massive credit and property bubble. Many expected this bubble would burst in 2015; however, recent evidence is that the bubble is bursting faster and these problems may come to the fore in 2014. China has enough reserves to bailout its banking system, but not without consequences.

Chinese growth will slow sharply and there will be spillovers in other markets as Chinese banks sell good assets in developed economies to raise cash to meet demands at home. Angry mobs will storm banks to demand repayment of the Ponzi scheme “wealth management products” that have been sold by the banks. These money riots will spread.

The global situation resembles the 1970s. The Fed engaged in easy money policies in 1971 and 1972, in part to facilitate the reelection of Richard Nixon. High inflation did not emerge immediately. Money illusion prevailed and behavior was slow to change. But a series of geopolitical events in 1972-1973 culminating in the Yom Kippur War in October 1973 led to an oil embargo and sharply higher oil prices. In turn, that raised inflationary expectations.

But the printed money is only the wood; a spark is still required. Events in the Middle East, Ukraine and China today may provide the spark.

Economists ever since have blamed the “oil shock” for the inflation of the later 1970s. But a proper understanding is that easy money before the embargo created dry wood and the oil embargo was a spark that lit the fire.

You need both the wood and the spark to have the fire of inflation. The same is true today. The Fed and other central banks have printed trillions of dollars of money in the past four years. So far, inflation has been relatively tame. But the printed money is only the wood; a spark is still required. Events in the Middle East, Ukraine and China today may provide the spark.

The result may actually be the worst of all possible worlds — higher inflation and weaker growth, called “stagflation.” The Fed is between a rock and a hard place. If they withdraw ease by tapering the money printing, they will puncture asset bubbles.

If they keep printing, inflation will gather strength. As weak data emerges over the rest of this year, the Fed will realize it has tapered into weakness. This will cause them to launch new money printing, or QE4, in 2015.

By then, a geopolitical witches’ brew will have emerged, and act as a spark for inflation that will race past the Fed’s expectations. Stock and property bubbles will burst, banks will be in distress, and the safest assets will be energy, gold, land, natural resources, agriculture and other hard assets.

Ed. Note: While hard assets might be the safest place to be when all these bubbles burst, it’s important to know the best way to get in on them. That’s why we write the Daily Reckoning email edition – to give you unique opportunities to discover real, actionable investment advice. If you’re just reading this article on our website, you’re only getting half the story. Sign up for the FREE Daily Reckoning email edition, right here, to learn more.