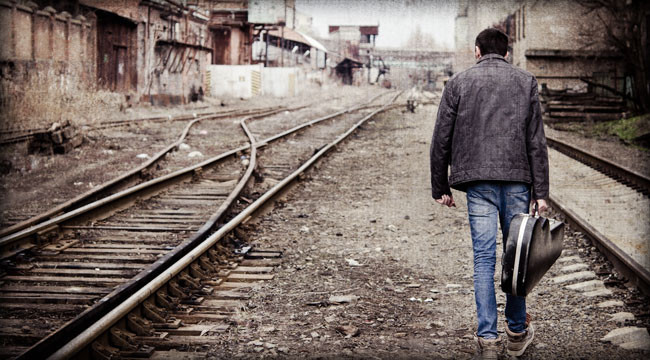 The Pariah of Modern Economics

Our grandparents believed in the value of thrift, but many of their grandchildren don’t.

That’s because cultural and economic values have changed dramatically over the last generations as political and media elites have convinced many Americans that saving is passe. So today, under the influence of Keynesian economists who champion government spending and high levels of consumption, thrift has been devalued.

“The growth of wealth, so far from being dependent on the abstinence [savings] of the rich, as is commonly supposed, is more likely to be impeded by it,” according to John Maynard Keynes’ The General Theory of Employment, Interest, and Money.

This anti-saving philosophy is more than just bad macroeconomics. It is the doctrine that has come to take over economic thinking…

“The more virtuous we are, the more determinedly thrifty, the more obstinately orthodox in our national and personal finance, the more incomes will have to fall,” he writes. “Saving,” Keynes wrote in his Treatise on Money, “is the act of the individual consumer and consists in the negative act of refraining from spending the whole of his current income on consumption.”

But saving, with all due respect to Keynes, isn’t “negative.” It is deferred consumption. “The great producing countries are the great consuming countries,” writes Benjamin Anderson in Economics and the Public Welfare. More importantly, high rates of savings will lead to higher productivity, which would benefit our children and grandchildren, classical and Austrian economists have explained.

“We are the lucky heirs of our fathers and forefathers whose saving has accumulated the capital goods with the aid of which we are working today,” wrote Ludwig von Mises in Human Action. Saving, ultimately, is consumption, writes Detlev S. Schlichter in Paper Money Collapse. “By setting aside some resources for meeting financial consumption needs, we invest them.”

[Ed. Note: Click here to purchase a copy of Paper Money Collapse in our online bookstore.]

Nevertheless, Keynesian ideas dominate the Obama administration and mass media. Most politicians, including Republicans who often pretend to be friends of thrift and self-improvement, are tacit or overt Keynesians. That’s because politicians, whether they have studied Keynes or not, generally love the idea of cheap money. Most delight in spending taxpayer dollars. They believe this is the way elections are won.

This Keynesian dominance has led to dramatic economic and cultural changes. These changes have been going on in America for over a half century. For instance, the United States has gone from having one of the highest rates of savings during the ’20s to having one of the lowest rates among major industrial nations today.

Yet penalizing thrift, the lifeblood of job creation and better tools that make current workers more efficient, has hurt the nation’s ability to grow and employ millions of young people looking for jobs. That’s because Keynesianism, according to its modern interpreters, amounts to a celebration of consumption. It is a belief that government spending combined with low savings rates lead to permanent booms.

It is the government’s role, Keynes’ followers believe, to keep the boom going through spending. So it is consumption, not supply, that makes a successful economy, they say.

Mainstream media rehash the message that the consumer, not the producer, is the biggest part of the economy. Politicians agree.

As the economy started to slow down in 2006, President Bush urged Americans to “go shopping more.” Newsweek, in a headline story several years ago, told Americans to “Stop Saving Now.”

This anti-saving philosophy is more than just bad macroeconomics. It is the doctrine that has come to take over economic thinking, now dominated in the popular media by Keynesian economists such as Paul Krugman. In his latest book, End This Depression Now!, he explains why growth rates are low. The administration hasn’t been sufficiently Keynesian enough. Obama’s stimulus, he complains, was on a “wholly inadequate scale.”

Keynesians of all stripes have constantly urged Americans, especially the government, to spend. The effect of this change has been more than numbers. It also changed how many Americans see the path to self-improvement. Joe Six-pack, the average American who once believed that through thrift, hard work, and discipline he could save his way to a better life for his family, is the victim. Keynesian economists and mainstream media commentators often depict savers as selfish people.

Even the average person with his savings account living in a Brooklyn tenement (I’m speaking of bus driver Ralph Kramden from the iconic television series The Honeymooners) must pay taxes on his measly $75 savings account. This anti-savings mentality has amazed some from nations where savings are viewed positively.

A former U.S. commerce secretary was asked by his Japanese counterpart in the 1970s in Pete Peterson’s book Facing Up, “Please explain putting the highest taxes on what you call unearned income. We have always assumed that income from savings was the most earned of all. It is hard work to save, don’t you think?”

Tens of millions of baby boomers aren’t doing the hard work. They have little or no savings. How will Keynes and his scions’ misguided policies provide a decent standard of living for them?

However, it’s worse than that. Since the end of last year, the personal savings rate has declined some more, dipping to 2.5% in March and April, according to the U.S. Commerce Department’s Bureau of Economic Analysis.

Even President Obama’s economic report, in documenting that savings rates are low, concedes that the recovery that began some four years ago is weak. The recovery, according to the president’s report, trails previous ones.

Meanwhile, savers are penalized for their thrift. The Fed’s policies mean they receive almost nothing in interest.

Remarkably, President Obama, in the same report, in a move Keynes would have likely applauded, proposes to put a cap on qualified retirement plan balances. Apparently, the president agrees saving is “a negative act.”

These anti-saving policies should change, some say. A better tax code, one that promotes savings and doesn’t tax them to death, will “mean more innovation, job creation, and higher wages,” U.S. House of Representatives Ways and Means Committee Chairman Dave Camp noted when I interviewed him for an article in the New York Post.

“When workers see paychecks start to rise again,” Camp adds, “they will be better able to make decisions that best serve the financial needs of their family — including building up their savings.”

But that doesn’t necessarily mean Camp and others will now reject Keynes. Plenty of Republicans — consciously or unconsciously — have shown themselves to be philosophical followers of Keynes. And Camp, working on an overhaul of the tax code, might consider a logical measure: Why not drop all taxes on a savings and investment as a way to reverse decades of destructive economic policy?

That could be the most important decision for a generation of young people without work because it doesn’t generate enough capital. It could also be critical for their parents who approach a retirement with a falling standard of living.

Despite the Keynesian sentiments of much of our political and media elites, we owe it to our grandparents to relearn the lessons of thrift.

Ed. Note: The “war on savers” in the U.S. continues unabated. But that doesn’t mean there aren’t safe places to put your money for the long term. Sign up for the Laissez Faire Today email edition, to get regular chances to learn real actionable ways to safeguard and grow you wealth no matter what happens.

Here’s why going short on auto stocks could save your wallet and prepare you for dark days ahead for the car industry. Lee Adler offers the analysis and the three charts you cannot miss…