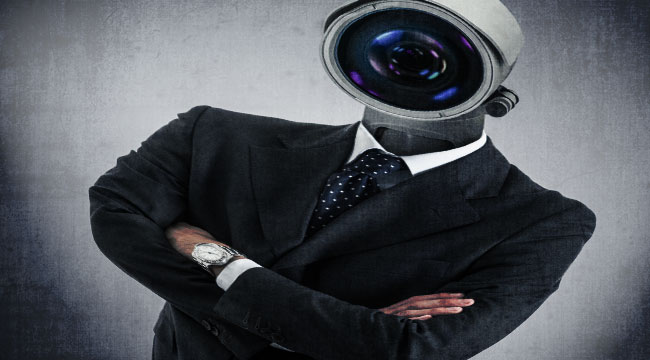 The New Face of Liberty in the Digital Age

In 1859, a book was published with the title On Liberty.

Written by John Stuart Mill, a philosopher of the time, this work focused on the difference between liberty and authority.

Fast-forward to 2013 and we are in a time period in which it seems like “authority” has been winning the battle behind our backs… in secret. And now with much more serious consequences to our private lives and even our businesses.

So, dear reader, we can no longer hide our heads in the sand and pretend this problem doesn’t exist (even if you have “nothing to hide,” the problem does exist). Nor can we say that it’s OK the NSA or any other agencies keep playing around with this “trade-off” between national security and our liberty.

Anyhow, On Liberty was certainly received with both criticism and acceptance. But the message is clear: We have the power of personal freedom and liberty, which no one should take away.

The very digital technologies that have connected us, enabled the free flow of ideas, etc…. have also empowered those entities that seem themselves to be “power drunk” with the possibilities these technologies have brought.

Bottom line: Mass-collecting our private data or invading the privacy of innocent American citizens (AND the citizens of other countries)… is outright wrong.

Even worse, though, this collection is being done in secret, all in the name of “national security.”

The technology “giants,” companies who provide the technologies these agencies use, are now finally taking steps to make it harder for them to violate our rights, but that begs the question…

Why didn’t they put these measures in place BEFORE now?

Of course, there are also checks and balances to this system of data collection and secret operations, but obviously, they aren’t working that well.

And even IF the desired results had been achieved by these mass-collection programs… which they haven’t been proven to yet, we live in America. We live in this country under the premise that these types of actions, secret or otherwise, “national security” or otherwise, will not happen without proper cause and warrants.

Does that mean it is possible some horrible event, like the tragic events surrounding Sept. 11, could ever happen again?

If you’re an American citizen, there is a remote possibility a terrible, horrible, absolutely ghastly event like this, or the Boston bombings or the Oklahoma bombings, could in fact happen again (WAY more of a remote chance than individual murder or MANY other dreadful daily events in our country, though).

For the freedom to speak, to create, to innovate… all without fear of improper searches and seizures, we do in fact make a “trade-off,” if you want to think of it that way.

But that “trade-off,” to me, is more of an addition to the securities already provided by the very agencies who at this moment in our history are more than a little “power drunk.”

…let’s get back to focusing on the criminals, without infringing on the rights of innocent American citizens…

In addition to the security they had already provided our nation (BEFORE this “mass data collection”), we have the added security of being able to get up in the morning, watch what we want, say what we want, go where we want, etc….

And that very basis for being an American IS our security.

So I wonder why our fellow Americans at these agencies would even think to take that added security of freedom away from us? Sounds kind of silly, doesn’t it?

But of course, I do appreciate their efforts to keep us safe (the NSA, the FBI, the police departments, military, etc.). They, of course, being fellow Americans themselves, do an excellent job of keeping us safe overall, in my opinion… without the need to put our private lives in a virtual vacuum cleaner and sift through data when they feel like it.

In my opinion, they just need to refocus on doing the work (hard work, by the way) that their security jobs require… and stop this silly (and, quite frankly, rather “lazy”) mass collection of our private lives.

There is NO perfect scenario here. But if we allowed this mass data collection to continue, even innocent people would have to live in fear of doing something wrong all the time.

And that’s just not the America I was taught about in school.

In short, let’s get back to focusing on the criminals, without infringing on the rights of innocent American citizens toward that end, as outlined in the document that makes this country and freedom possible.

That’s my version of digital liberty.

Joseph Ratliff
for The Daily Reckoning

Ed. Note: There are plenty of ways to avoid being a pawn in the Government’s chess match. And readers of Laissez Faire Today are treated to a new one every single weekday. This free service provides you with everything you need to know to live a freer, healthier and happier life than you ever thought possible. Don’t take this government spy game lying down. Sign up for Laissez Faire Today, for free, right here.

Jim Rickards reveals how cyberattacks may have already compromised our national security, and how they can turn a bad day on Wall Street into a full-blown crash…

Joseph Ratliff writes, draws, and thinks about technology’s impact on society. You can find out more about him at josephratliff.com