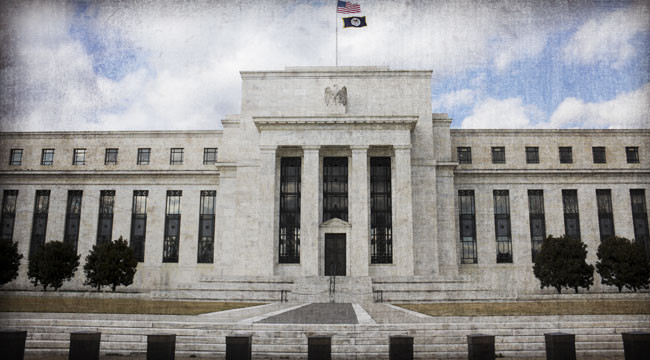 The Most Qualified Fed Chair Since Arthur Burns

There’s plenty of gushing about the Janet Yellen appointment as Federal Reserve Chairman. Yale economist Robert Shiller says she’s “a real mensch.” Greg Mankiw from Harvard says President Obama made a great decision in choosing her. “Reports of Janet Yellen’s forthcoming nomination will be greeted well by market agents,” says David Kotok. “It should be.”

However it was this endorsement which most caught my attention. “Yellen is quite simply more qualified for the job than any of her predecessors,” claims Justin Wolfers with the University of Michigan. “She’s an imaginative and technically adept economist possessed of a brilliant and precise mind.” Wolfers continues, “Tonight, I feel reassured that my daughter’s economic future is in good hands.”

“Yellen is quite simply more qualified for the job than any of her predecessors,”

First we should take pity on any man who honestly believes a Fed Chair has the power to make a child’s economic future bright. But he does make a living teaching economics and public policy so delusions like this aren’t that unusual for someone in that profession. However, the “simply more qualified” quote has been used before and may shed light on a bleak future.

When Arthur Burns was nominated by Richard Nixon to be Fed Chair, Milton Friedman wrote in Newsweek, Burns “is the first person ever named Chairman of the Board who has the right qualifications for that post.”

The previous Chairmen were in Friedman’s words, “able, public-spirited men with high standards of integrity and service.”  However, none saw the big picture, only having “experience in individual business or financial institutions,” and none “had any training or special competence in the problems of the economy as a whole.”

“Arthur Burns is at the right place, because of the extraordinarily important influence monetary actions exert on the economy as a whole–and also because the Fed is the preeminent financial institution in the world.” Friedman went on to write the time was right for a man like Burns to change the Fed’s “basic philosophy” and move the central bank “to a less restrictive policy.”

The nominating of Burns started the dollar on the PhD standard as the gold standard was cast away not long after Burns took the job. The Columbia professor had no experience in the real world and Friedman, despite his free market reputation, believed Burns’s experience was perfect to run the central bank.  His mentor’s experience as a college professor and working for government is what had Friedman convinced.

Burns was Friedman’s professor at Columbia and the two were close. Friedman wrote, “Save for my parents and wife, no one has influenced my life more than Arthur.”

Like Burns, Janet Yellen has spent her career in academia and government. She was an assistant professor at Harvard in 1971–76 and was then an economist with the Federal Reserve Board of Governors. Yellen conducted research at the University of California, Berkeley’s Haas School of Business and taught macroeconomics to full-time and part-time MBA and undergraduates students.

She’s been President and Chief Executive Officer of the Federal Reserve Bank of San Francisco, and Chair of the White House Council of Economic Advisers under President Bill Clinton.

Burns believed he could fix economic problems with policy. He began to lay the groundwork for economic engineering, telling a congressional committee, “The rules of economics are not working the way they used to.  Despite extensive unemployment in our country, wage rate increases have not moderated.  Despite much idle industrial capacity, commodity prices continue to rise rapidly.”

Burns gunned the money supply to jump start the economy in hopes of getting his boss re-elected.  When stagflation reared its ugly head, Burns blamed everything but his loose money policies.  “He thought that inflation persisted because it was ingrained in the attitudes of businessmen, workers, and consumers, and that an effective income policy offered the best way to change these attitudes,” writes Burns biographer Wyatt Wells.

In a 1976 speech, Burns cited the business community’s “exuberant mood” and “waves of speculation” as inflation causes. After leaving the Fed, in a lengthy speech delivered in Belgrade,  Burns conceded that central banks had been “participants in the inflationary process in which the industrial countries have been enmeshed, but their role has been subsidiary.”

As F.A. Hayek pointed out in his Nobel acceptance speech, humans lack the knowledge to implement the correct monetary policy to achieve the outcomes desired. Hayek said, “If man is not to do more harm than good in his efforts to improve the social order, he will have to learn that in this, as in all other fields where essential complexity of an organized kind prevails, he cannot acquire the full knowledge which would make mastery of the events possible.”

It is not possible for any one human to have the knowledge needed to accomplish the goals established for the Federal Reserve. No person can assure Mr. Wolfers’ daughter her economic future will be bright. Ironically, that might only happen if Yellen took the job but then stepped aside to let the market determine interest rates and the flow of capital.

Given Yellen’s views and experience, best case, the professor’s daughter can look forward to a world of no-growth punctuated with the occasional banking crisis. In the worst case, Ms. Yellen will conjure up the memory of Arthur Burns.

Ed. Note: Whether Janet Yellen is a “good Fed Chair” or a “bad Fed chair” is really a matter of opinion. But that she accepted the post at all is probably not a good sign. That said, the markets will ultimately pay attention to her inevitable sound bites, and so we must. And that’s when you’ll be glad you’re a Laissez Faire Today email reader. The email edition of Laissez Faire Today offers readers unique opportunities (no less than 3) every day to discover specific profit opportunities – designed especially for liberty-minded, free-thinking investors. If that sounds like you, sign up for FREE, right now. Your next free issue is just a few hours away.