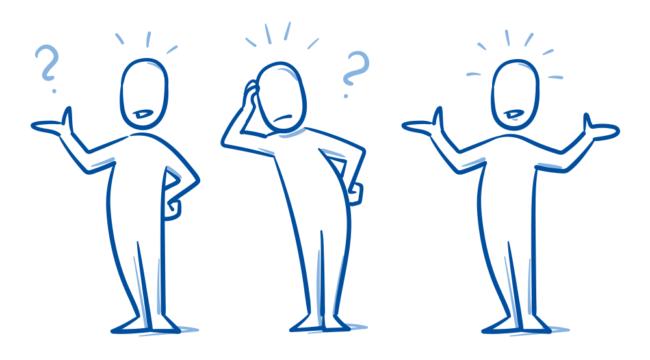 Here you have the confession of a stock trader. A stock trader with three days’ experience.

You could have made good money even with bad stock picks. It was like being invited to bet on black, without limits, at a roulette wheel on which 37 of the 38 pockets were black.

Why waste time and energy educating yourself while sheer ignorance pays off so easily?

Within weeks of this “trader’s” announcement, he had fetched 500,000 TikTok followers… all hot for his seasoned advice.

This fellow knows what he knows. Here is what we know…

The Curse of Good Fortune

When a man visits the racetrack, plucks winners from a tophat… and jackpots the trifecta…

When he blindfolds his eyes, hurls darts in the direction of Wall Street… and strikes bullseye…

We mumble a private prayer for him.

For he is the tragic victim of fortune. It has filled his head with impossibilities.

He and his money will soon part, alas. The money will be doing the parting of course, headed for steadier hands.

The S&P established a fresh record, up and away on Federal Reserve tailwinds.

“This unevenness that we’re talking about is a very serious issue.”

That is, the Federal Reserve will keep the gambling houses running for a long, long time.

The minutes from its March meeting, out yesterday, confirm it:

It would likely be some time until substantial further progress toward the Committee’s maximum-employment and price-stability goals would be realized and that, consistent with the Committee’s outcome-based guidance, asset purchases would continue at least at the current pace until then.

But what if inflation, presently simmering, begins to bubble?

Do not expect Mr. Powell to pour the cold water. He believes the inflation would prove fleeting.

We don’t think that’s the most likely outcome but we do have the tools to deal with that outcome. We will use them to guide inflation back to 2% if the need arises. In the most likely case, this period will show temporarily higher prices but not persistent inflation.

We do not — cannot, that is — divine market peaks. Or market valleys.

But accounts as the fellow’s above suggest the craggy heights are near.

When barbacks, shoeblacks and street corner cheapjacks were hawking stock tips in the early autumn of 1929… it was time to pummel the “sell” button.

We must arrive at a similar conclusion. Markets are in for a grand thumping.

Would you climb aboard a jetliner if its pilot had endured three days of aerial training?

Would you seek a third-day dental student to drill your teeth?

Would you trust a third-day seminarian to save your soul?

The questions — we presume — answer themselves.

A rampaging stock market is a cruel Siren, a fiendish chanteuse. She seduces and maddens her victims with beautiful cries of easy wealth.

But she is drawing them to the treacherous rocks.

Unlike old Ulysses, the great majority fail to rope themselves to the mast. They cannot resist the siren songs.

They are too dizzied by the angelic symphonies dinning in their ears. This TikTok fellow and his followers provide grand examples.

That is the new investing world we live in. A world where individuals are getting investing “expertise” from young individuals on social media with huge followings. It is effectively the “blind leading the blind.”

As is often the case, investors tend to pile into markets when the risk versus reward is out of their favor… the number of companies trading above their 200-day moving average is at some of the highest levels on record as well. When virtually every stock in an index is in a bullish trend, it is usually a warning sign.

The True Culprit Is the Federal Reserve

We hazard they will come to grief before long, broken… and shattered… wrecked beyond all hope.

But if the stock market siren sings the evil song, the Federal Reserve enticed the men to sea in the first place… like 16th century adventurers in search of New World gold.

For its fantastic quantitative easings and zero interest rates have held out the lure of fantastic riches.

If not for the Federal Reserve and its tricks, the siren cries would go clanking off men’s ears.

Here is one symptom of the present derangement: Margin debt.

Margin debt is the “gasoline,” which drives markets higher as the leverage provides for the additional purchasing power of assets… Currently, the exuberance of investors is on full display. With a fresh round of “stimmy” checks reloading bank accounts, margin debt as a percentage of real disposable incomes has shot to record highs.

However, “leverage” also works in reverse as it supplies the accelerant for more significant declines as lenders “force” the sale of assets to cover credit lines without regard to the borrower’s position. The problem is that “margin calls” generally happen all at once, as falling asset prices impact all lenders simultaneously.

Meantime, the will of Zeus moves toward its ultimate end…

And investors continue for the rocks…