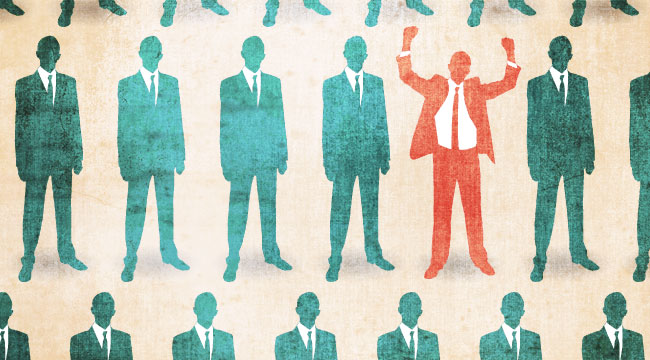 The Man with a Plan that Can Revive the Middle Class

“It might be necessary for the president, by executive order, to declare a national emergency.”

We’re not usually given to interviewing someone who would write a sentence like this — especially when it appears in a memo seen by some of the president’s most trusted advisers. But there we were in Lewis Lehrman’s living room in Greenwich, Conn. To storm out now, video crew in tow, would be impolite.

Besides, Mr. Lehrman is no ordinary policy wonk. His lifetime — now nearly 75 years long — has spanned Main Street, Wall Street and Washington. And he was clearly onto something: If the class of individuals known as “policymakers” in Washington, D.C., are serious about creating “sustainable economic growth,” he has the ideal blueprint.

We’ll share that blueprint — and why he’s optimistic it will become reality sooner or later, despite his hard-knocks experience within the belly of the beast.

Reagan’s Revolution That Wasn’t: The “National Economic Emergency” That Was Never Declared… and the Reforms That Never Got Done

First, let’s set the quote with which we began in context: At age 42, Mr. Lehrman found himself in the heady company of Ronald Reagan’s most trusted advisers — at the moment in November 1980 when Reagan had won the White House.

Less than 48 hours after victory was secured, Mr. Lehrman penned a memo in which he suggested the new president declare a national economic emergency. But draconian measures like wage and price controls were the furthest thing from his mind. “On the contrary,” he wrote, “the new program for economic renewal will deal with the crisis by a systematic reformation of economic institutions.”

Two of the men in Reagan’s inner circle — Reps. David Stockman and Jack Kemp — latched onto the ideas in Lehrman’s memo right away.

And just as quickly, the ideas got swept away by “the triumph of politics” — the title of Stockman’s bridge-burning 1987 memoir.

But the ideas are worth revisiting now. They’re timeless. They make up, in Lehrman’s mind, four legs of a table: low taxes, less regulation, a balanced budget and sound money.

“It was a comprehensive proposal,” he recalled to us. “All four legs of the table had to be built at the same time… To just go with two legs, namely tax rate reform and deregulation, you’d have a very unstable table, sitting on two legs.”

But as 1980 turned to 1981, two legs were all we got. “Out of that debate developed an attitude toward budget deficits which was pernicious, mainly that budget deficits don’t matter. ‘Let’s just reduce tax rates, get economic growth going, and the budget may take care of itself.'”

It did not: The national debt, still under $1 trillion when Reagan took office, more than doubled to $2.1 trillion by the time he left.

The “sound money” leg was never built, much less attached to the table. Reagan did appoint a Gold Commission — a sop to the late Sen. Jesse Helms. But it was stacked with people who judged the gold standard a barbarous relic — starting with its chairman, Treasury Secretary Donald Regan.

In the end, the commission voted 15-2 against recommending a return to a gold-based monetary system. The two dissenters: Rep. Ron Paul… and Lehrman.

Lehrman endorsed the “minority report” that Paul issued in 1982, The Case for Gold — the “lost gold bible” we republished in 2011.

At that point, Lehrman’s fling with “public service” was all but done. “I was classified as someone who had an uncompromising position that we must do the whole thing, inasmuch as only a piece of it would not be effective.”

Having built the Rite Aid drugstore chain from scratch, Lehrman’s star in the Republican Party had risen quickly… and flamed out even faster. Passed over for a gig at the Treasury Department, he ran for governor of New York in 1982 and lost to Mario Cuomo.

After that he devoted his energies full time to Wall Street — first at Morgan Stanley, later at his own firm. But he never abandoned his passion for sound money — publishing opinion pieces in The New York Times,The Wall Street Journal, National Review and elsewhere.

In 2011, he launched a project through his think tank, the Lehrman Institute, called “The Gold Standard Now.” And last year he published a manifesto called The True Gold Standard.

A Man of Washington and Wall Street… Who Actually Understands Main Street!

Lehrman never lost his passion for sound money, because he knows what unsound money has done to you ever since Nixon cut the dollar’s last tie to gold in 1971.

We visualized it ourselves in The Little Book of the Shrinking Dollar. The dollar you held in your pocket in 1971 buys only 18 cents worth of goods today.

“After 1971,” Lehrman writes in The True Gold Standard, “floating paper currencies, mixed with pegged and manipulated exchange rates, have caused alternating episodes of inflation, deflation and protectionism to this very day. There has, it is true, been economic growth since 1971, but the real (inflation-adjusted) American standard of living has been falling.”

Unlike most Wall Street mavens, Mr. Lehrman has not lost touch with Main Street. The son of immigrants, he grew up modestly in central Pennsylvania — the part some wags refer to as “Pennsyltucky.”

“The primary argument upon which I would rest my case for a gold standard,” he told us, “is that it preserves the purchasing power, the wages, the salaries, of all those who are unable to defend themselves in the halls of Congress in Washington or elsewhere, in citadels of power like Wall Street.”

Is it a perfect arrangement? No: Lehrman concedes the gold standard is “the least imperfect rule-based monetary order.” It existed in perhaps its purest form between 1879-1914. That period was bookended by a return to gold convertibility after the monetary upheaval touched off by the Civil War… and by the outbreak of World War I.

Most of the rest of the world also followed a gold standard during this span. As you see in the chart below, the result was the most gentle fluctuation in consumer prices in U.S. history, and an unprecedented explosion in the growth of the middle class.

The huge rise in the cost of living in the last century? “With floating exchange rates,” Lehrman told us, “with the central bank issuing money through the process of quantitative easing and issuing the money to the banks directly and bailing out the banks directly, that puts the financial class in a position of getting the money first.

“It puts the financial class in a position to borrow money at 1% and buy commodities, speculate in stocks, front run the Fed on buying bonds. As a result, they accrue all of the profitability in the economy long before this money reaches the working people who are going about their business.”

Why the injustice? Lehrman launched into the tale of the emperor and his tailor… but not the buck-naked emperor made popular by Hans Christian Andersen.

Keep an eye on your inboxes for the next installment in Lehrman’s story, due out later this week.