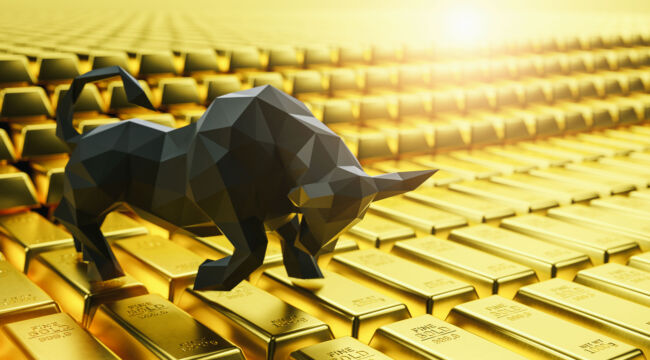 Last week, we discussed the market forces behind the 2022 growth meltdown.

Now that we’ve shaken off the cobwebs, it’s time to look ahead and focus on the stocks and sectors with the best potential to take the lead in 2023’s first quarter – and beyond.

Unfortunately, many investors are going to miss these opportunities.

An unhealthy fixation on the tech space is part of the problem. Yes, the market has slaughtered most tech growth stocks. Many of these once astronomically overvalued names are a little less expensive as a result. But it’s a stretch to claim any are legitimately cheap.

I doubt most of these stocks are going to launch back to their Covid Bubble highs anytime soon. Sure, we’ll get snapbacks. But I’m not so sure about long-term rallies…

Of course, these facts aren’t going to stop most speculators from attempting to play every bounce. The market will most likely take its time to bleed off the excess enthusiasm – and mash the bottom fishers to a fine pulp. Even if we don’t see a major move lower in the Nasdaq in the months ahead, a grinding bear market characterized by choppy, range-bound action could add to an already frustrated investor class.

While the less-nimble gamblers continue to hemorrhage money on out-of-the money tech stock calls, you can actually sink your teeth into some incredibly powerful emerging trends in once-dark corners of the market.

If you know where to look…

Today, I want to talk about one of this year’s big opportunities: precious metals.

Not only are gold, silver and mining stocks powering higher on shorter-term timeframes, they’re also creeping up on key long-term levels that could trigger a new secular bull run in the metals – perhaps the likes of which we’ve not seen in nearly two decades.

Have you noticed the action in gold over the past three months?

The yellow metal has launched back to new 8-month highs after it appeared to be breaking down late in the third quarter. The quick runup from $1,600 to more than $1,900 snapped the post-Ukraine invasion downtrend and has set gold on a collision course for $2,000 for the first time since August 2020.

The gold rally has lit the fuse on the miners, propelling the VanEck Vectors Gold Miner ETF (GDX) to a gain of 50% off its late September lows.

Remember, these are the stocks no one wanted to own during the previous bull market and subsequent Covid Bubble. Powerful momentum moves are now propelling these stocks into some of the best trades on the market.

Silver is also in play, adding some much-needed credibility to an area of the market plagued by false moves and countless fakeouts.

This is all great news for short-term minded traders. But bigger market forces are also at play.

Market conditions are aligning for an potential extended, multi-year move that could thrust gold and silver to new highs and beyond. The similarities between the market now and the mid-2000s are striking.

Consider the action in the years following the late 90s dot-com meltdown:

Fast forward to 2023… and it’s easy to notice the similar forces at play. The averages remain significantly below their Covid Bubble highs, especially the tech-heavy Nasdaq. Meanwhile, value cyclicals, energy, and other resource plays are firming up and beginning to assume leadership roles.

Gold already produced a significant rally off its bear cycle lows, breaking out of a bottoming formation in 2019. The move accelerated into the Covid fiasco, and gold has remained in a wide, choppy range for the better part of the past three years.

Despite its success in taking out those 2011 highs, gold has yet to extend higher. That could change very soon as another attempted run at the 2K mark shapes up.

Here’s a big-picture look at the trend: 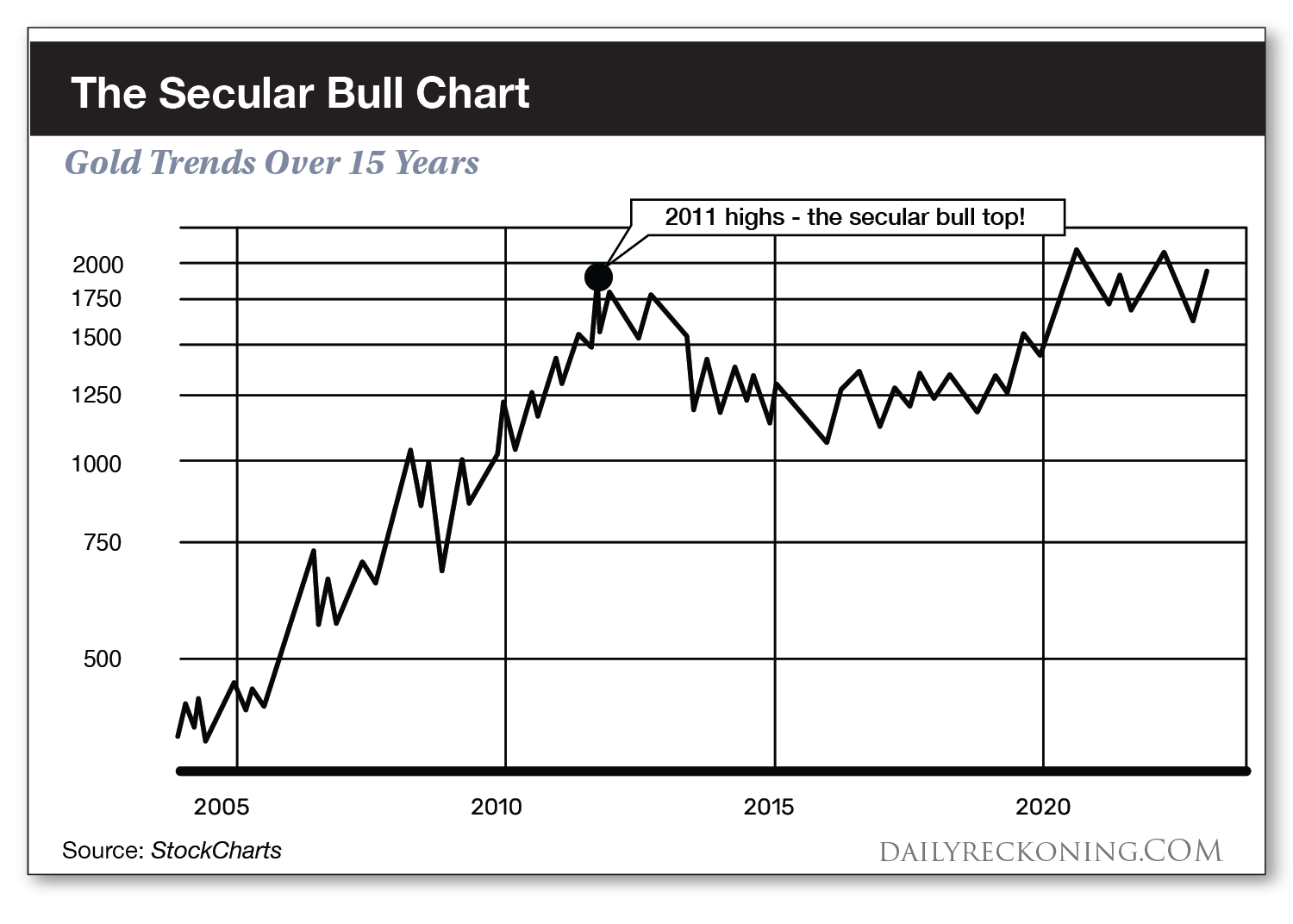 Another important fact to keep in mind: Gold has never posted a monthly close above $2,000.

A decisive break of this round-number will undoubtedly attract renewed attention from the mainstream financial media and retail investors. I suspect that could lead to a fast and furious rally, producing impressive gains in the mining stocks.

Of course, the initial momentum move could also be the first wave of a new secular bull run for precious metals. Traders and longer-term gold investors will each have the chance to profit.

Remember, most retail investors will have to scramble to catch up with this breakout. Index funds offer essentially zero exposure to precious metals. If you want gold, you have to go out and get it. As a major rotation begins, the flows will be huge since most folks are on the wrong side of the boat.

If you’re a longer-term gold bug, just sit back, relax and enjoy the show.

If you’re looking for short-term gains, snag some miners for your trading portfolio.

The next gold rally’s just getting started…

I’ll be back on Tuesday to give you more market insight.

Let me know what you think of today’s article by emailing me at feedback@dailyreckoning.com. All feedback, questions and suggestions are welcome!

And be on the lookout for fellow contributing editor, Sean Ring this Thursday for his take on the latest market news.