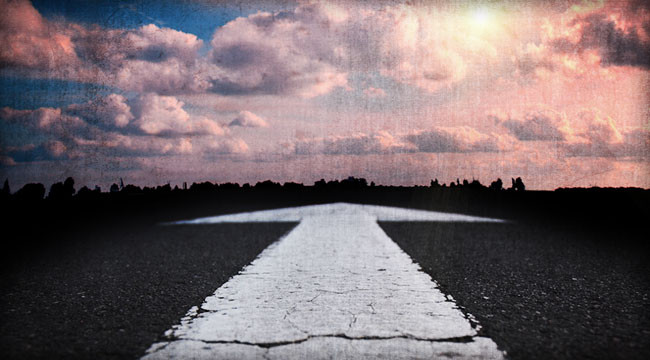 The Long-Term Case for Bitcoin

Bitcoin has been making headlines for months now. Extreme price fluctuations have sparked a vigorous debate: Is it a currency or a scam? Is Bitcoin viable in the long-term, or are we witnessing a bubble waiting to burst?

The answers to these questions are simple: Yes, Bitcoin is a currency, but we cannot know if it will remain so in the future. It does, however, have many properties that might make it viable in the long run.

There should be no controversy anymore about calling Bitcoin a currency. A currency is simply a good that serves as a medium of exchange, meaning that people trade it for the goods and services they want. In different circumstances, different goods serve this purpose. In prison, cigarettes are used as currency. In the early American colonies, tobacco was a currency. Bitcoins are used online as a medium of exchange for thousands of people around the globe.

Now, whether or not it is a “sound” currency is an entirely different question. In order to make that judgment, we need to understand the properties that make currencies sound or unsound in the first place. Consider gold and silver: They have persisted as a medium of exchange throughout history, and not by chance. They have desirable properties.

A sound currency needs to stay valuable over time, have a limited supply, and be easily divisible and portable. If any one of these properties is missing, it is reasonable to question the long-term viability of such a currency, especially if it is subject to competition. This is why many free-market economists are called “goldbugs” — they see the shortcomings of fiat money in comparison to hard-money alternatives.

Bitcoin, despite being entirely digital, stands up well to scrutiny. Bitcoins are incredibly portable; they can be sent anywhere in the world instantly, at almost no cost. They divide effortlessly down to one hundred-millionth of a Bitcoin. Their supply is strictly limited, even more than gold: There will only be 21,000,000 Bitcoins ever in existence — it’s written into the software. But what about their value? With wild price swings, is it accurate to say that they will remain valuable over time?

To answer that question, we first need to understand that there is no such thing as “intrinsic value.” No good in the universe is intrinsically valuable, any more than any particular food is intrinsically tasty. Value is entirely subjective, by its very definition. It is an evaluation of a good’s ability to satisfy our ends, and only subjective individuals can make such evaluations. Gold and silver have consistently been valued for their ability to satisfy our ends, but not because they contain value in their molecular makeup.

What people usually mean when they speak of the “intrinsic value” of a currency is something like this: It has a non-monetary use. If people did not accept gold as a medium of exchange, for example, they could wear it as jewelry or melt it down and use it in electronics. This is why critics have claimed that Bitcoin is destined to fail. You can’t “do” anything with a Bitcoin other than send it to somebody else.

There are two issues with this critique: First, it is not a logical necessity for currencies to have non-monetary use; second, even if this were the case, Bitcoins do indeed have a non-monetary use. It helps to make a distinction here between “Bitcoins” as currency units, and “Bitcoin” as software that runs on a decentralized network of computers.

Imagine that there was a payment system that allowed you to instantly move money anywhere on the globe, between any currencies, securely, at virtually no cost — and without reliance on intermediaries, like banks. Now imagine that system only accepted one currency to mediate these transactions. Surely, that currency would have value, and, in turn, each unit of that currency would have value. Well, that payment system is the Bitcoin network, running the Bitcoin software, and the currency unit is Bitcoins. Because Bitcoin (the software, payment system, and network) has value, Bitcoins (the currency units) have value.

That being said, we don’t know what the nominal price of each Bitcoin should be in relation to other currencies. And unquestionably, Bitcoin’s value has fluctuated wildly. Should one Bitcoin be worth $10? $1,000? $100,000? We don’t know, and the market is trying to figure it out. We can’t even be sure how many U.S. dollars are in existence, so determining an appropriate exchange rate between them is no easy task. Speculators have also rushed into the market, which has caused a series of booms and busts. But that should not surprise anyone, and it does not change any of the fundamental properties of Bitcoin.

We can’t know what the market will choose as a currency in the future, because it is entirely dependent on peoples’ values. We don’t even know if people will continue valuing U.S. dollars, much less Bitcoins. But we do know that Bitcoin possesses some of the fundamental properties that have made gold and silver successful currencies, and it even outperforms its competition in some categories.

It is no longer a question of whether or not people will accept Bitcoins as a currency: They already do, and the community is growing. The question is: Will Bitcoins continue to be valued in the future? Bitcoins certainly won’t rot, nor will the supply suffer from hyperinflation, but will these properties continue to be valued? I suppose the only appropriate answer is: We’ll see.

Steve Patterson
for The Daily Reckoning

Ed. Note: We’ll see, indeed. And whatever currency comes out on top, you’ll want to be positioned to take full advantage of it. Sign up for the Laissez Faire Today email edition to stay ahead of the curve.

Steve Patterson is a freelance video producer living in Atlanta, Georgia. He has been primarily working with the Foundation for Economic Education since 2011, and is the creator of “The Truth About…”educational animation series. Steve graduated with a degree in Political Science from Alfred University in Upstate New York, and enjoys studying chess and the martial arts in his free time.