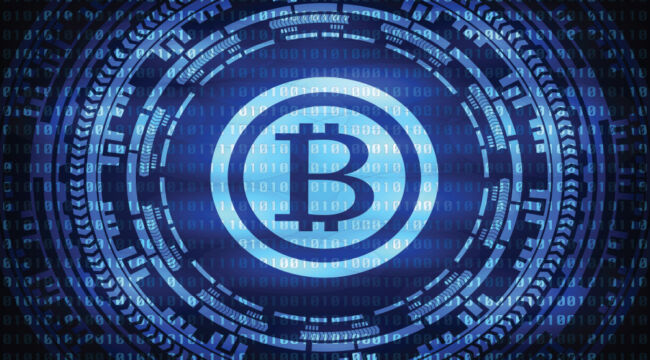 After Bitcoin crashed from $20,000 to $3,400 in 2018, many observers decided the craze was over, and Bitcoin would slowly decline in price and fade into obscurity. But reports of the death of Bitcoin were premature.

But the price of bitcoin has not simply gone up. Now, millions of first-time users, mostly millennials and Generation Z, have joined the bandwagon.

Very few observers really understand the technology behind Bitcoin (including millions of the new buyers), but this seems irrelevant to most. They are true believers, akin to a cult or tribe.

The buyers believe one thing only — that the price of Bitcoin will continue to go up.

Buying it at any price is like buying a ticket for free money because, despite the occasional dip, the price has nowhere to go but up. If you think this sounds like the definition of a mania-induced bubble, you’re right. It is a bubble.

The Bitcoin price pattern displays the greatest bubble behavior in history, greater even than the Tulipomania in the Netherlands in the early seventeenth century.

The Higher They Rise…

You don’t need a Ph.D. in finance to see that Bitcoin is a bubble. Price increases over the past six months have been hyperbolic, almost vertical. The Japanese Nikkei Index in late 1989 and the NASDAQ Composite until March 2000 displayed exactly the same pattern.

The Nikkei and NASDAQ bubbles were based on a combination of investor mania, leverage, and hyped-up earnings releases from companies in the index. But there was relatively little outright fraud.

In contrast, the Bitcoin bubble is based almost entirely on fraud. There is substantial evidence that the price of Bitcoin is based on a Ponzi.

Charles Ponzi Would Be Jealous

Over 50% of Bitcoin purchases are made with another crypto-currency called Tether, a so-called stablecoin. Tether has never accounted for the billions of dollars that buyers have used to acquire Tether.

Hard currencies such as dollars go into Tether, which is used to pump Bitcoin, while the dollars are possibly skimmed away. That process does not work in reverse.

There has been no full audit or transparency about the whereabouts or composition of the liquid assets backing the coin. Tether claims that its dollar reserves are held in a Bahamian bank named Deltec Bank & Trust.

But independent research revealed that the assets claimed by Tether exceed the total U.S. dollar assets of the entire Bahamian banking system.

Other research shows that those who buy Tether use them overwhelmingly to buy Bitcoin from unregulated crypto-exchanges domiciled in Africa and Asia. Of course, these exchanges exist in cyberspace only and are accessed through the internet.

These exchanges offer leverage and award free Tether coins for those who bring in new customers. These Tethers have been used to bid up the price of Bitcoin and create the bubble. Meanwhile, the dollars supposedly backing Tether are unaccounted for.

Aside from fraud, the list of objections to Bitcoin is long.

What’s the Case for Bitcoin?

Mining bitcoin requires the use of an enormous amount of electricity. This adds to CO2 emissions since most of the mining is done in China (which uses mostly coal-fired generators).

Now, there’s no real scientific evidence that carbon dioxide is an environmental threat, but many policymakers believe it is. So, if they want to crack down on emissions, Bitcoin mining is one way to do that.

Bitcoin payments are also slow and expensive. Less expensive payment layers are available, but these destroy the anonymity that was the original selling point for Bitcoin.

It has no real use case except for money laundering and evading taxes or capital controls.

Theft is rampant as billions of dollars of Bitcoins have been stolen or simply disappeared as exchanges have collapsed. Billions more have been lost when Bitcoin holders lose their encryption keys and cannot access their accounts.

Bitcoin has no utility because it is deflationary by design and therefore unsuitable for use in bond markets, which is the key to reserve currency status. And so on.

That system works until it doesn’t.

Bitcoin is a wealth transfer device but not a wealth creation device. Bill Gates is worth $100 billion because he created trillions of dollars in value through his Microsoft programs and operating systems. Bitcoin is a zero-sum game where one player takes money from another, but no new wealth is created.

None of this has slowed the widespread adoption of Bitcoin as a store of value, despite enormous volatility that cuts against that very function. Now, Bitcoin may face a more formidable challenge that will actually curtail its growth and possibly pop the bubble…

Is Bitcoin a National Security Threat?

Increasingly, Bitcoin is considered a threat to U.S. national security. The reasons for this include Chinese dominance of Bitcoin mining, financial instability that could result when the bubble bursts, and damage to the U.S. dollar’s role as the principal reserve currency if billions of users around the world simply abandon dollars for Bitcoin.

Along with national security threats comes a long list of draconian statutory powers that the president can use to curtail the threat, including a ban on Bitcoin usage and a prohibition on clearance of transactions by payments processors who also handle U.S. dollar payments.

This is not an abstract threat.

A reaction to Bitcoin on national security grounds may be coming sooner than many expect. But that doesn’t mean it’s going to collapse tomorrow. Still, when it does come, it could happen rapidly.

What goes up fast often comes down fast.

Investors can prepare by increasing their allocations to cash so they can weather the financial fallout when the death of Bitcoin actually does arrive.

And, of course, gold. Gold has endured for thousands of years. Will Bitcoin be able to make the same claim?