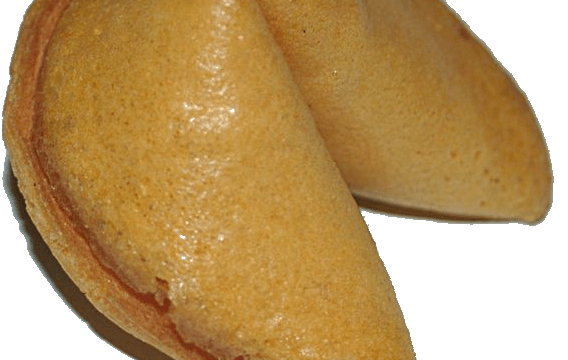 I was feeling particularly low, having sunk into a sloppy, self-pitying, tequila-fueled, drunken introspection after (again) failing to achieve blissful Nirvana, this time per my wonderful new (“Why didn’t I think of it before?”) theory, which is to finally attain true transcendence through sheer, strict gluttony.

Gloomily, as I sat, slumped, I burped, and, in a moment of blinding enlightenment, clearly saw that I was such a shocking, colossal failure at so, so many things.

Including (paradoxically) any discernable skills on how to handle failure, for crying out loud, despite having had so, so much of it, which makes me think I am even MORE stupid than everyone thinks, which makes me feel even worse.

Then, just as I was ready to hit bottom, having dimly decided to give the glories of gluttony one more try (but this time with less bacon and more pornography), was absolutely delighted to read that Ben Bernanke was paid $250,000 to give a speech. A speech!

I was reborn! The reason for my new-found zest for living is because Ben Bernanke is BOTH a total, monumental failure as a former chairman of the Federal Reserve (I mean, look around you!), and an arrogant Keynesian dorkface chump if there ever was one. Yet, look at the loot!

One speech! A quarter mill! I mean, this guy is absolutely, completely delusional by actually thinking, and believing, that laughable Keynesian econometric gibberish (to replace falling consumer spending with more government spending) can prevent the horrific economic collapse that always comes after radical expansions of the money supply that distorts the whole price structure of everything into a bloated, inflationary insanity.

And what did we get, in terms of the aforementioned bloated, inflationary insanity? Well, buckle your seatbelt, because I’m going to tell you!

Peak bond prices so high that interest rates are almost literally zero! The S&P 500 peaking at a P/E ratio so high that it is in the “historically high” range! Housing prices that cost an incredible four times the average income! An $18 trillion national debt, more than 100% of GDP! Total (government, business and personal) debt of an astonishing $60 trillion, against an entire GDP of only $17 trillion!

In the late 18th century, of course, you could write stupid sentence constructions like that last one, and nobody would say anything. But at the same time, France sentenced John Law to death for essentially doing this same damned thing: Creating paper money to excess, disastrously expanding the money supply, which ruined France with price inflation and economic misery.

It got so bad that Marie Antoinette (as I understand it) had to advise the French people to eat cake instead of bread.

Nevertheless, maybe because of consuming all that sugar in all those cakes they ate, the French peasants got all huffy at the hyperinflationary prices, starvation and economic ruination that comes from such insane expansions of the money supply, leading to the French Revolution, the rise of Napoleon, and yadda yadda yadda, and yet — and yet! — here are again! Creating waaAAAaaay too much money upon waaAAAaaay too much money!

Anyway, Dan Cofall, of the eponymous Dan Cofall radio show, was musing about how Christine Lagarde, whom I will graciously introduce as the delusional Keynesian low-life socialist French honcho of the infamous International Monetary Fund, said that it was better to just pay the interest on debt, rather than paying it off.

As outrageous as it sounds to me, or Mr. Cofall, or any right-thinking people, for a slimy banker to suggest that you, and by extension, governments, perpetually stay in crushing debt instead of paying it off, she is, alas, correct, from the point of view of the banks, governments and the gigantic, vampiric financial services industry. Why?

Because the banks have created the oceans of money in order to lend it, and the money went out into the economy. Year after year, decade after decade! The money supply went up, bank interest income went up, businesses went up, tax collections went up, consumer spending went up, government spending went up. Everybody’s a winner, it seemed!

Now, if a debtor decides to pay off a debt, the money has to be accumulated by the debtor, thus taking the money out of the money supply, and use it to pay back the bank. The salient point is that the money supply shrinks, the bank is not earning any more interest income, and things go from bad to worse. Much worse.

As an aside, to those who like to hyperventilate over the velocity of money (which is merely GDP divided by the money supply) as an indicator of economic health, remember that GDP can actually shrink and collapse, but the velocity of money still can go up (seemingly indicating economic health) if the money supply was shrinking by more than the GDP collapse!

And collapsing it is! R. Davis ConsumerMetricsInstiture.com reported that “the Bureau of Economic Analysis (BEA) reported that the economy was contracting at a -0.17% annualized rate,” which is bad enough, but that these BEA buttheads came to that conclusion only after they “assumed a very mild dis-inflationary annualized deflator of -0.06%.” What? A negative inflation rate? Outrageous!

As I remember, ShadowStats.com calculates that price inflation is definitely somewhere north of 6%! 6%! 6%!

I deliberately used repetition to produce the handy and infamous-yet-ominously meaningless “666,” to indicate that things are getting outrageous.

I was just about to angrily climb onto my soapbox to, again, denounce the lying rat-faced lowlife bastards that infest government who produce such lies, when Mr. Davis does it with much more elegance and class than I when he notes that “ Interestingly, during the same quarter the far more responsive Billion Prices Project (BPP) recorded positive annualized inflation of +1.56%. If the BPP inflation metric was used to deflate the nominal BEA data the economy could be shown to be contracting at more than -1.79% annualized rate.”

And if the inflation rate of 6% was used to accurately reflect real GDP growth, then yikes! We’re Freaking Doomed (WFD)!

Now, I don’t claim to be an expert historian about the world, or boast that I can remember famous dates or people, or even dimly recall that last week I said I would finally clean out the damned garage after all those other times I said I would clean it out, but always forgot for some perfectly understandable and forgivable reason or another, but about which hardly a day goes by without hearing some yammer yammer yammering about it. Damned memory! Damned garage!

But, as it happens, I actually DO know that, in The Whole Freaking History Of The World (TWFHOTW), a shrinking money supply is Never A Good Thing (NAGT), and, in general, is Always A Bad Thing (AABT), because now there is, literally, not enough money to keep the status quo going; some (most) things are going to have to come down in price, and some (most) people are going to lose money as the whole price structure of everything, everywhere, adjusts to the changes.

I hear you scoffing, saying “Such a rude and arrogant fellow, this Mogambo! However, I remain unconvinced, haughtily rejecting gold and silver, ignoring both 2,500 years of compelling world economic history and this repellent little man whom the rabble call Mogambo The Fabulous (MTF).”

Now it is MY turn to scoff, as your snide remarks affect me not. I get worse at home. Like how you didn’t even touch on how I eat like a pig, but with less manners. Amateurs!

Perhaps if this was TV, and if this was a Chinese dinner in the Twilight Zone, the episode would end with your fortune cookie ominously reading “You will soon learn a valuable lesson, but only after it is too late.”

It would be better, I think you will agree, for you to heed the lesson of history: Buy gold and silver. And then maybe the Twilight Zone episode would end happily, with your fortune reading “You will soon find true love, vast riches, and live happily ever after,” which is like a dream come true!

Unless, of course, you are married at the time. Rats!

So, however it works out with your new love and all that money, it’s just two more of the many, many benefits of owning gold and silver. At the risk of repeating myself, whee!

Mogambo Guru
for The Daily Reckoning