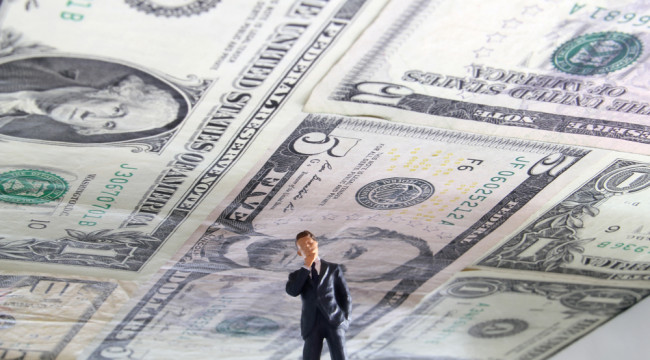 The Debt Ceiling Battle Is Coming

No one is really talking about the national debt at present, but they probably should be. A working paper by economist James Hamilton, of UC San Diego, for the National Bureau of Economic Research indicates that the official federal debt, $16.7 trillion, is the tip of the iceberg. Currently, the feds are $86.8 trillion in debt, according to Hamilton. The Treasury department has been looting government pensions to hold the debt ceiling at bay. This can go on for another month or so until the battle in Congress begins again.

Sunday, Treasury Secretary Jack Lew pre-empted the debt ceiling fight with a strike against the GOP on Meet the Press. Lew predictably blamed the debt ceiling for the S&P crash of summer 2011. Yahoo Finance, citing analyst Matt Nesto, says there was a bigger story going on at the time: a buying opportunity in bonds, similar to the rally in yields that occurred during the last debt ceiling battle.

“The real story was that the bond market didn’t crash [in 2011]. It actually rallied and burned everybody. The bond market is much more newsworthy today with the whole tapering [discussion] and the Fed transition.

As columnist Jeff Macke followed up, “If you’re looking for a reason to take profits on your portfolio, Lew may have given it to you — but you’re probably better off ignoring the conversation entirely. At least so far, that’s all you need to know about this round of the debate.”

But as Bill Bonner pointed out July 15, buying government debt in a time of such astronomical levels can be dangerous, especially if you are long.

“There is far more downside than upside in the bond market. The risk of being wrong about the direction of the move is about even… But the risk of losing money over, say, the next 30 years is far greater on the long side than the short side. After 32 years of rising prices… and yields so low you have to scrape them off the floor… speculating on the long side of the Treasury bond market seems unwise. Even reckless.”

Bond yields have been falling for 30 years. In the same period, debt levels have soared.

“The capital structure of America and much of the rest of the world now rests on dodgy collateral — namely, U.S. Treasury bonds. When this debt gives way, there is no counterparty who gains. The whole thing melts down. Yes, there are occasional short-sellers who do win. But compared with the losses, the wins are inconsequential.”

August is coming, and with it the next debt fight. Plan accordingly.

P.S. Comment below and let us know what you think on risk in today’s bond markets. Also, you can sign up for The Daily Reckoning email edition here.

“This is not a distant concern, but a system already in crisis”… If you’re an American taxpayer, be prepared to bail out the nation’s failing pension plans…