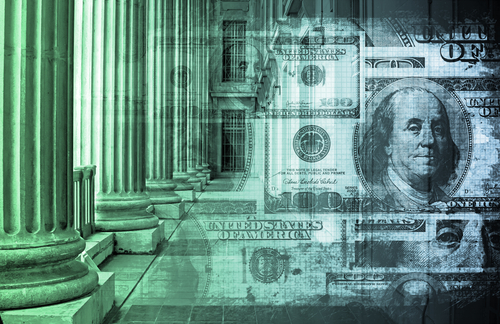 Six Provocative Predictions for 2013... and Beyond, Part II

1. China sends gold on the next leg to $5,000. We stood up and took notice on April 24, 2009, when out of nowhere, the Chinese government announced it had grown its gold reserves to 1,054 metric tons. The previous announcement came in 2003, when the number was only 600 metric tons.

Assuming another six-year lag, China’s next announcement is due in 2015. Coincidentally, that’s the year the former governor of China’s central bank predicts his country will achieve full convertibility between the renminbi and other currencies. They can’t make that happen without a much larger gold stash.

But long before that happens, we expect China to propel the gold price — probably as soon as this coming March. That’s the time of year when metals-sector analysts and researchers issue many of their annual reviews and outlooks. We have every reason to believe they’ll uncover evidence of massive under-the-radar gold accumulation by China.

Some of that evidence already emerges in China’s gold imports via Hong Kong — which we note almost every month in our daily 5 Min. Forecast. They’ve been off the charts during 2011 and 2012.

But that’s not all they’re doing…

“The Chinese government,” said the Chinese central bank’s research chief a year ago, “should not only be cautious of the imported risk caused by rising global inflation, but also further optimize its foreign exchange portfolio and purchase gold assets when the gold price shows a favorable fluctuation.”

That’s a mouthful… but the last part of the sentence gets the point across.

2. The world’s tiniest and most powerful storage medium. In 2012, scientists at Harvard’s Wyss Institute managed to store 700 terabytes of data in a single gram of DNA. For perspective, that’s equal to 700,000 printed copies of the Encyclopedia Britannica stuffed into a droplet that would fit on your pinky.

DNA, as it happens, is an outstanding storage medium. It’s very stable: “Where other leading-edge storage mediums need to be kept in subzero vacuums,” according to Extreme Tech, “DNA can survive for hundreds of thousands of years in a box in your garage.”

Reading the data from DNA is as simple as sequencing DNA, just like sequencing the human genome. In the 1990s, when our friend Juan Enriquez was backing the Human Genome Project, that process took years. Nowadays, it takes hours.

“Imagine that you had really cheap videorecorders everywhere,” says geneticist George Church, who headed up the research. “Just paint walls with videorecorders. And for the most part, they just record and no one ever goes to them. But if something really good or really bad happens, you want to go and scrape the wall and see what you got. So something that’s molecular is so much more energy-efficient and compact that you can consider applications that were impossible before.”

The most immediate application? Anti-counterfeiting. Think bar codes or RFID — taken to the nth degree. Microchips stamped with DNA can overcome the epidemic of counterfeit chips. No big surprise, the Pentagon is in line to become the biggest user of the technology, but our tech maven Patrick Cox points out, “It is also being adopted by banks, Martin Guitar and high-end goods producers like top wineries and fashion shops.

The potential applications are limitless, says Patrick, “Drugs, clothing, textiles, foods, metals and even air bags with potentially lethal flaws are counterfeited or stolen and resold with no way to track thefts.

“DNA-marking is still largely in the preview and testing phase,” he concludes. “But this breakthrough technology has tremendous appeal for a broad range of industries.”

3. And the most provocative prediction of all… we’ll call it “life after the dollar.” That’s the name we’re giving it, but credit for the idea goes to a Brit named Dominic Frisby — one of the most provocative young thinkers we’ve had the privilege of meeting this year.

“The monopoly that governments and banks hold on money gives them too much power,” he wrote this fall. “Whether through incompetence or worse, that power will inevitably be abused. The best way to stop the abuse of power is to spread it as widely and thinly as possible…

“In my Brave New World, there is no monopoly on money. We restore choice. We restore transparency. We use whatever money we like. We have independent money.

“What do you fancy using, sir? Gold, silver, Bitcoins, paper issued by a farmer against stocks of grain in his barn, Brixton pounds, Dominic Frisby’s currency (the ‘Dominus’ I think I’ll call it, since you ask), pounds, dollars? You name it, you can use it.

“Payment with these alternative currencies is as easy as clicking ‘pay’ on an app on your phone or on a website.”

A pipe dream? Hardly. For one thing, the notion of “competing currencies” is not new. Nobel Prize-winning economist Friedrich Hayek explored it in depth during his long and productive life. What is new, says Mr. Frisby, is that we’re on the edge of competing currencies becoming everyday reality — no matter what the Federal Reserve, Goldman Sachs and JPMorgan Chase might wish.

“Multiple currencies can work on a practical, day-to-day basis,” he says. “I’ve just come back from Istanbul. Traders in the Grand Bazaar will accept dollars, euros, Turkish lira, pounds, Russian rubles — anything, as long as it means trade for them.”

As you might imagine, getting from here to there is going to be a messy, and at times ugly, process — one that encompasses all of the other predictions we’ve shared above. But on the other side of that process lies a future of prosperity few people dare dream of. Not only is it “life after the dollar,” it’s Life After the State — the title of a book Mr. Frisby has in the works, which we hope to publish through our Laissez Faire Books in 2013. Stay tuned!