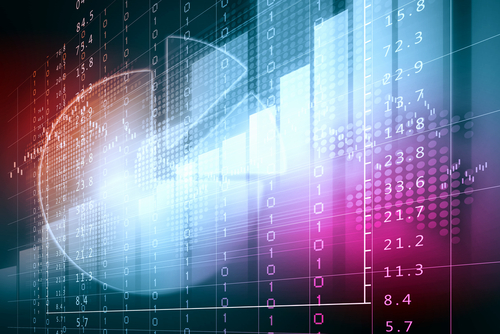 6 Provocative Predictions for 2013... and Beyond

Someday, someone will fund an academic study identifying the crevice in the human brain that craves year-end predictions for the coming 12 months. Wherever it resides, it is undeniably strong and far more prevalent among the populace than the craving for news about, say, the “fiscal cliff” or the New York Jets’ quarterback saga.

Within the finance sector, such predictions abound. “Macro surprises” from Morgan Stanley, “13 outliers for ’13” from Deutsche Bank, and the ever popular “outrageous predictions” from Denmark’s Saxo Bank. And you know what? These institutions are, umn, lily-white, every last one of them.

Saxo, for instance, describes its predictions as an “annual exercise in rooting out relatively extreme market and political events for which the probability is perhaps low, if still vastly underappreciated.” In other words, they’re “thought experiments.” They do a nice job of covering their backsides, however.

Then again, they have depositors and clients and shareholders to please. Actually predicting the German stock market will plunge 33% next year — the lead item on Saxo’s list — might discomfort one or more of those constituencies. So they’re obligated to couch their predictions in the abstract.

We, on the other hand, suffer no such conflicts of interest. We rise and fall, live and die on the trust you place in our research… a liberating state, especially given the amount of rope you’ve shown you’re willing to give us.

With that rope firmly in mind, we bring you the following six provocative predictions for 2013… and beyond.

These are not thought experiments to be touted in a late-December press release and posted on Zero Hedge, then quickly forgotten. These are themes that we fully expect to develop during the next 12 months. Let’s begin!

1. The “mother of all financial bubbles” will burst… but not before blowing up even bigger! Money manager and Vancouver Symposium favorite Barry Ritholtz recently bored himself silly with a spreadsheet: It showed a monthly survey of economists by Bloomberg going back to 2002, revealing their “expert” guesses about the 10-year Treasury yield over the following six months.

“In the history of finance,” Barry quips, “we cannot find a more one-sided opinion about a freely traded double-auction market.” Ninety-seven percent of the time a majority of economists predicted higher yields. On three occasions, including last May, the consensus was unanimous: The average forecast was for a yield of 2.4%. Oops… It turned out to be 1.7%. Just a little bit off.

The most recent survey? Ninety-four percent of economists surveyed expect higher rates by next May… and their average guess is 1.93%.

We’ll take the other side of that trade. Indeed, as we told the subscribers of Apogee Advisory last October, “We think the 30-year bull market has one more blowoff phase before the end. You need to act accordingly.”

Back then, the factor we cited was the pending demise of money market funds. We figured on a time horizon of three years. But now that we see such an overwhelming consensus for higher yields and lower prices, we’ll double down: We’ll see a Black Swan emerging early next year — another debt-ceiling crisis (even if the “fiscal cliff” issue is resolved) or more likely another euro-scare. Hot money will flood back into the “safety” of Treasuries. The 10-year yield will plunge below its 1.4% record set last July. It might even go all the way down to 1%.

But that would be the final blowoff that would signal the beginning of a major bear market in bonds. In other words, we think interest rates will rise substantially over the next few years…but not quite yet.

“At some point,” Barry says, “the bond bears are going to be right.” We’re confident that point will arrive before the end of the decade.

2. Boomers’ retirements are about to be crushed (again) in junk bonds and the wrong dividend stocks. First, they lost their shirts in the tech bust. Then they lost their pants in the housing bust. And in 2013, the baby boomer cohort is about to be stripped of its skivvies…thanks to the Fed’s zero-interest rate policy. Because intermediate-term Treasurys and CDs yield close to nothing, savers have been trying to get some yield on their savings wherever they can find it. In this context, junk bonds seem appealing. They offer yields that are at least greater than zero, which is why many investors have been flooding into the junk bond market.

Understand the Fed’s priorities: Saving and investing is their mortal enemy. “They want spending and speculating,” says our macro strategist Dan Amoss, “and are willing to risk the entire monetary system in the process.” Result: “Investors are taking foolish risks; they’ve bid up junk bonds and dividend stocks, pushing yields down in the process.”

If only investing were as simple as buying risky assets when interest rates are stuck at zero. Ask the average Japanese investor how that’s worked for them the last 20 years.

“The 2012 rallies in almost every stock and bond will not last,” declares Dan. “When investors bid up junk bonds and stocks in a zero interest rate environment, they are simply pulling future returns into the present.”

3. The World’s Fastest-Growing Economies in 2013: Forget the BRICs. If it’s emerging markets with explosive potential you’re looking for, the globe-trotting Chris Mayer has identified three. He’s visited all of them — the first two in 2012.

Check in tomorrow to see my final three provocative predictions!