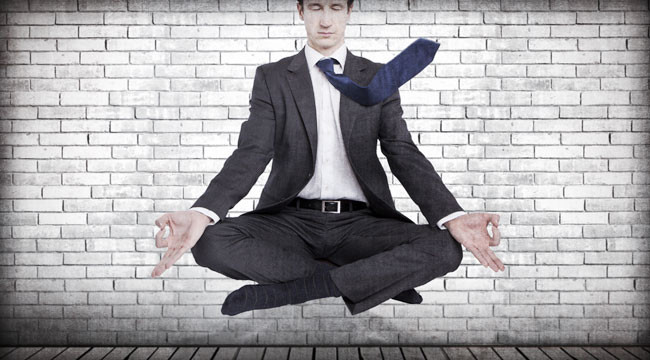 “Unfortunately, you’ve grown up hearing voices that incessantly warn of government as nothing more than some separate, sinister entity that’s at the root of all our problems… They’ll warn that tyranny is always lurking just around the corner. You should reject these voices. Because what they suggest is that our brave and creative and unique experiment in self-rule is somehow just a sham with which we can’t be trusted.”

As he said this, four scandals — the Benghazi blunder and obfuscation, IRS political profiling, secret investigations of reporters, and NSA spying — were about to explode in public. As they say in showbiz, timing is everything.

“Government is a broker in pillage, and every election is a sort of advance auction in stolen goods.”

I hope the students can see that the daily newspapers refute the president’s claims. He said “this democracy is ours” and “the Founders trusted us with this awesome authority.” But that’s not how things work. We didn’t intervene in Libya, setting the stage for the attack on the CIA post in Benghazi. We didn’t use a political double standard in ruling on tax-exemption requests from nonprofit organizations. We didn’t try to frighten government whistle-blowers by subpoenaing reporters’ phone records, reading their email, and even naming one journalist (Fox’s James Rosen) as a co-conspirator under the Espionage Act. We didn’t ask the NSA to gather data on us.

We did none of these things. They did. Who are they? The wielders of power and the interests for whom they front.

But what about our democracy and our experiment in self-government? It’s time is up. Those are incantations, not references to real things. They are designed to misdirect the public, to sanitize ugly facts that the people are “better off” not knowing.

What facts? That contrary to Obama, government is not “a system of… tools to do big things and important things together that we could not possibly do alone” — that’s what markets are — when they’re allowed to work, free from interference by presumptuous, meddling politicians and the well-connected interests that seek their favors. Unlike markets, politics fundamentally is not cooperation; it’s violence. “Government is a broker in pillage,” H.L. Mencken observed, “and every election is a sort of advance auction in stolen goods.” In light of this, I submit that “free election” is a contradiction in terms, since participation always occurs under duress.

But don’t we have self-government? Don’t we elect representatives to look after our interests? Not even a child should be told that fairy tale. One vote is insignificant. It takes 50% plus one to prevail, and the costs that result from elections are divided among many people. For most, that adds up to zero incentive to invest the considerable time and effort required to become well informed, even if that were otherwise possible. (Among other things, you’d need to understand economics, the truths of which are often counterintuitive.)

And representation? As I’ve written previously:

“Why [do] we even see these decision-makers as our representatives, rather than as our rulers? Think about this: The average congressional district has a population of well over 600,000 people. In Montana, one congressman allegedly represents the state’s entire population of 967,440. The populations of the states range from about half a million (Wyoming) to 36.7 million (California).

“Honestly now, who really believes that anyone can actually represent such large and diverse groups of people?”

Maybe this incantation about representation is intended to keep us from an unpleasant truth: that we are ruled, not self-governed, and that self-government is a facade hiding a form of autocracy. Of course, even totalitarian power ultimately depends on at least popular acquiescence, because the ruled always outnumber the rulers, as Etienne de La Boetie noted long ago. The rulers’ challenge is to ensure that we never figure out the game and just stop taking their orders. That’s where ideology comes in.

In his essay “The Founding Fathers’ Problem: Representation,” the late respected historian of America Edmund Morgan notes that ideology consists in “opinions to sustain [the people’s] consent”:

“The few who govern take care to nourish those opinions. No easy task, for the opinions needed to make the many submit to the few are often at variance with observable fact. The success of government thus requires the acceptance of fictions, requires the willing suspension of disbelief, requires us to believe that the emperor is clothed even though we can see that he is not.” [Emphasis added.]

“The sovereignty of the people was an instrument by which representatives raised themselves to the maximum distance above the particular set of people who chose them. In the name of the people, they became all powerful in government, shedding as much as possible the local, subject character that made them representatives.”

America did not break this mold, despite what we are taught. Morgan is no libertarian, but he acknowledges that centralization of power under the Constitution was intended to restore representation to its fictive status, since it had become more of a reality in the small legislative districts within the states during the period of the Articles of Confederation. As he writes, “The fictions of popular sovereignty embodied in the federal Constitution may have strained credulity, but they did not break it.” This is not about Obama or any individual power-seeker. It is about the system, its unique power to coerce, and, consequently, its uniquely perverse incentives.

At a news conference, Obama reflected on the gridlock that keeps things from happening in Washington, D.C., “I sure want to do some governing.” Let’s take him at his word, recalling how Pierre-Joseph Proudhon defined “governing”:

“To be governed is to be watched, inspected, spied upon, directed, law-driven, numbered, regulated, enrolled, indoctrinated, preached at, controlled, checked, estimated, valued, censured, commanded, by creatures who have neither the right nor the wisdom nor the virtue to do so. To be governed is to be at every operation, at every transaction noted, registered, counted, taxed, stamped, measured, numbered, assessed, licensed, authorized, admonished, prevented, forbidden, reformed, corrected, punished. It is, under pretext of public utility, and in the name of the general interest, to be [placed] under contribution, drilled, fleeced, exploited, monopolized, extorted from, squeezed, hoaxed, robbed; then, at the slightest resistance, the first word of complaint, to be repressed, fined, vilified, harassed, hunted down, abused, clubbed, disarmed, bound, choked, imprisoned, judged, condemned, shot, deported, sacrificed, sold, betrayed; and to crown all, mocked, ridiculed, derided, outraged, dishonored. That is government; that is its justice; that is its morality.”

Ed. Note: The ability to circumvent the negative impact of government rule is crucial to maintaining a sense of personal freedom in your daily lift. This is not always easy, but it is possible. And with every single issue of Laissez Faire Today, you’re given an opportunity to learn how to live a freer, happier life, further outside the prying eyes of those who would seek to control us. If you fee like you can use a little more freedom in your life, we suggest you sign up for the FREE Laissez Faire Today email edition, right here.