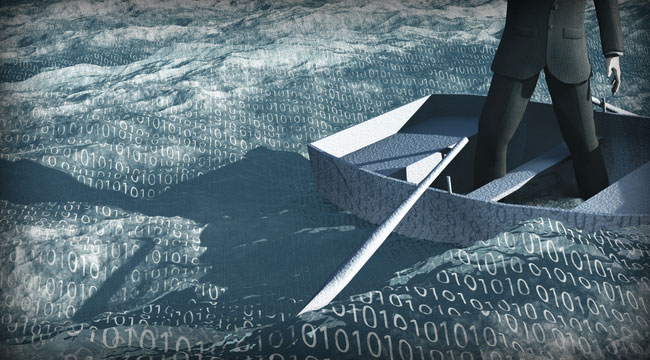 Sailor Tales From the Bitcoin Seas

As someone who only recently dived into the rocky Bitcoin waters — and discovered a world I had never imagined — I enjoy talking to others who have been there longer. There are some amazing stories out there. We are sitting here today with Bitcoin comfortably trading at 1 BTC to $134, and we take it all for granted. But it was not always so.

Bitcoin came into the world worth absolutely nothing in January 2009, only four years ago. In late 2010, it started to move up in ways that blew the minds of innumerable skeptics. In February 2011, there was a milestone that stunned people who were paying attention. It seemed like the impossible was happening, or maybe it was just a crazy bubble.

It was in that month that Bitcoin achieved parity with the dollar. You could trade 1 Bitcoin for $1. It had officially arrived, or so it seemed. Some hyper-geeks who had been owners of thousands of Bitcoins figured that the moment had arrived. They sold their Bitcoins for dollars and made several thousands of dollars. That was the end. They congratulated themselves for being savvy speculators.

Whoops. If they had held on, what might have happened? Well, they would be millionaires today. But once they sold, they had to spend even more to acquire the same amount. Welcome to the real world of speculation. You win some and you lose some. Sometimes both happen with the same trade.

The “early adopters” know this sector very well. They are not shaken at all by the run-ups and sell-offs. They know not to panic in either direction.

One of the fascinating things about this market is how it has drawn in a younger generation to do boots-on-the-ground investing. It has taught people a number of important life lessons, such as to avoid doing the obvious. If you do what is obvious, you buy high and sell low. To do the opposite requires you to break from the pack and trust that your knowledge is better than that of the screaming mob out there.

If you talk to savvy Bitcoin people, they will be the first to tell you that the intense focus on the exchange rate — which afflicts virtually every “newbie” out there — is absolutely wrong. If anything, they say the exchange rate is a distraction.

The purpose of this virtual currency is not to be a speculative vehicle, but rather a means of exchange — a real money. Of course, it has to have value in terms of goods and services in order to achieve that, and that value can also be assessed in terms of existing government monies. But the real aim of this combination payment system and means of exchange is to go its own way as an authentic money.

If this happens, a new world opens up. Just imagine that a Cyprian-style haircut is scheduled in the United States. Ben Bernanke is plotting a press conference to announce an across-the-board tax on all bank deposits in order to refund the Federal Deposit Insurance Corp. This is not bad for you, he will point out, but actually good, because it saves the banking system, and therefore, 99% of your money. If you object, he reasons, you are being shortsighted.

But before he gives his press conference, he remembers that it is a new world. Vast numbers of people have already set up a direct link between their bank accounts and some Bitcoin exchange. As soon as the rumor leaks, people can easily log in and exchange dollars for Bitcoins. Billions could disappear from the money supply in a matter of hours — government money escaping to the private-sector cloud, where it cannot be traced or accessed.

What then? In this case, Bernanke’s plans all come to naught. He will fear his own policies could backfire simply by causing people to lose confidence in the system. By then, people will be aware that they can buy all the tools, groceries, and pharmaceuticals they need with Bitcoin. By that time too, Bitcoin debit cards will make it possible to get gasoline. Under those conditions, what is the point to keeping anything but the bare essentials in dollars?

Might Bernanke rethink his little press conference? Probably. In other words, Bitcoin has suddenly done more than the U.S. Constitution to restrain the state and its banking cartel. The people are no longer monetary prisoners; they have a means of escaping into a realm of monetary freedom. This escape hatch turns out to be a core guardian of freedom and prosperity.

Two years ago, this vision would have seemed outlandish, but today? It is an approaching reality. And unlike gold, which has the problem that it must be kept physically, Bitcoin can live in the cloud, out of the reach of all the bad guys, essentially forever. This is probably the most difficult aspect of Bitcoin for people to grasp.

Now, to be sure, I’m writing as someone only recently converted to the cause of digital currency, so I love nothing more than to talk with people with longer experience. They also have tales of losing money, not just in terms of its exchange rate, but actually losing real coins in the course of buying and selling. It can happen, and most every case I’ve heard of is traceable to user errors. You send money when you don’t mean to. You get your wallets tangled and find that you have mislaid them. This is a particular problem for people who keep their wallets physically on their hard drives and then suddenly find that their computer won’t boot up.

What’s the solution? Aaron Lasher of Real Virtual Currency talked to me at length about the merit of “cold storage.” By way of explanation, hot storage is what you have on hand to use in daily transactions. But cold storage is a way of keeping your coins offline and safe so that no one can access the stuff. You can bring the coins from cold to hot, but it requires a transaction. Many exchanges and client services now offer this feature.

There is an even deeper method of doing the same thing using what is called a “brain wallet.” Under this system, you come up with a 40-character phrase. It could be a poem or a series of random words. You put that into a converter union that changes it to a long private key. Then you move on with your life.

Should the time come when a solar flare hits, or you get in a shipwreck, or you find yourself exiled to Guantanamo Bay, your money is absolutely safe. When real life returns and you get back to normal — this could be years later — you only need to type in your brain wallet phrase, and your access is unlocked. All your money is there, all without having to hide it physically or launder money or any such thing. A brain wallet, then, is the most secure way that anyone can possibly imagine to keep coins.

And it addresses a fundamental fear that many people rightly have.

I’m most fascinated by seeing how the development in the Bitcoin world is proceeding in a beautiful way. We are seeing more retailers jumping onboard. We are see exchanges open up. Venture capital is pouring in. The Keynesian punditry class is furious and denouncing it. The theoreticians are taking up the cause.

On the latter point, I’m thrilled to see the author of one of my favorite books, George Selgin, weigh in on the Bitcoin issue. His book from Laissez Faire is called Good Money and covers the history of private coinage. His new paper on Bitcoin examines the viability of what he calls “synthetic money.” It’s the most coherent scholarly paper I’ve seen yet. You can access it here.

It was also my pleasure to interview Aaron Lasher on issues of security. There are some pretty geeky topics discussed here, but it is extremely informative.