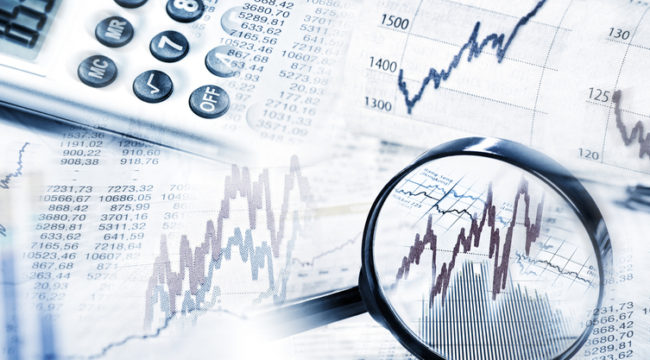 Rickards: Volatility Could Explode in a Matter of Weeks

One or more of these potential sources of instability are ready to pop-up on the markets like a tightly jammed jack-in-the-box when someone unlocks the lid. The key to profits is to understand how to use volatility as a trading strategy. If you act now, you could reap huge rewards in a matter of weeks.

Most investors have some familiarity with trading specific instruments such as stocks, bonds, and gold. Investors also understand how options can be used to limit losses, and increase gains on trades involving those underlying instruments.

But, volatility is an unfamiliar trading strategy to many. How can you trade volatility? And, how is volatility poised to offer huge gains?

In principle, trading volatility is no different than trading other more familiar instruments. The Chicago Board Options Exchange (CBOE) maintains a proprietary volatility index (VIX). It trades roughly in the range of 0 to 100 although as a practical matter it never reaches either extreme.

When you trade volatility, you are not betting on the direction of markets — you are betting on whether or not extreme moves are in store. Those extreme moves could be up or down for a variety of market measures. When you have a long position in volatility, you don’t care if a certain market goes up or down, you just care that markets are jumpy and moving in some unexpected or extreme way.

Of course, when markets are already nervous, the price of volatility (reflected in the index level) skyrockets. The way to profit is to buy volatility when it’s cheap, then reap rewards when volatility suddenly skyrockets due to the occurrence of a market or political shock.

Right now, we see this exact situation. This looks like a great time to play volatility.

Volatility has been historically low in recent months. Right now, VIX is priced at an index level of 15.06. It’s been fluctuating at a low level since last summer, with the exceptions of a mid-September peak index level of 18.1 and a brief spike last week to 17.8.

That mid-September peak was associated with market uncertainty involving Deutsche Bank liquidity problems, the Clinton health scare of September 11, uncertainty in the run-up to the Fed meeting on September 21, and a Trump surge prior to the first presidential debate on September 26.

All of the concerns that caused the volatility spike in mid-September have abated for the time being. Deutsche Bank appears stable, Clinton appears healthy, the Fed is on hold until December, and Trump in down in the polls.

After spiking last week, the volatility index has now returned to around 15.

Yet, that 15 index level is quite low relative to numerous other periods over the past eight years. Consider the volatility index levels that have occurred in the recent past:

The volatility index hit 79 on October 24, 2008 at the height of the panic of 2008 and in the aftermath of the mortgage market collapse, Lehman bankruptcy, AIG bailout, and the TARP legislation.

The volatility index hit 41 on May 7, 2010, and spiked again to 43 on September 20, 2011. Both spikes were in response to the ongoing European sovereign debt crisis which began in early 2010 (following the default of Dubai World in November 2009), and continued in stages (through the last Greek rescue package in 2015).

The volatility index surged to 28 on August 21, 2015 in the wake of the shock Chinese currency devaluation on August 10 and subsequent plunge in U.S. stock prices, which resulted in an 11% correction. That sell-off was only fully alleviated when the Fed postponed its hoped-for September 2015 “liftoff” in interest rates.

Finally, the volatility index peaked at 25 on June 24, 2016 in the immediate aftermath of the “Brexit” vote by the UK to leave the European Union on June 23. This volatility spike was last one prior to the recent mid-September spike associated with Deutsche Bank and the Fed meeting.

What are the indications and warnings we see on the volatility index?

The first sign is the shocking “flash crash” in pounds sterling (GBP) relative to dollars (USD) that occurred early Friday morning Singapore time on October 7. In a matter of minutes, GBP/USD crashed from about $1.29 to $1.19 before stabilizing and recovering some of that lost ground. That’s a full 8% crash in minutes. Sterling is now about $1.23, considerably weaker than where the flash crash began.

Since USD and GBP are both major reserve currencies, and are both included in the IMF’s world money basket called the SDR, their value should be relatively stable in the short-run. Currencies usually trade in units measured at five decimal places, not at the level of multiple full percentage points. In currency terms, the sterling flash crash was an earthquake. Again, as a volatility investor, we don’t care if markets go up or down, just that they are moving in extreme ways in either direction.

While there are significant indications and warnings pointing to a coming spike in volatility in the currency markets we monitor under the IMPACT system, there are many other factors we are taking into consideration as well. Deutsche Bank is a perfect example.

That story has calmed down a bit in recent days, but no serious analyst believes the “all clear” signal has sounded on Deutsche Bank. Its loan losses, gargantuan derivatives book (over $40 trillion in notion value), and potential funding vulnerabilities are all crises-in-waiting.

The U.S. election cycle in another wild card. Right now, markets are fully priced for a Clinton victory. If Clinton does in fact win, the market reaction will be muted because that’s what’s expected. But, any indication that Trump is pulling even — due to Clinton email leaks, health issues, or a final debate stumble — will send the stock market into a tailspin. That’s another win for the investor with the right volatility trade.

Then there’s the dangerous confrontation between Russia and the U.S. going on in Syria. Talks and cooperation between the two superpowers have broken down. The U.S. is accustomed to controlling the skies due to its overwhelming air power. But, Russia is contesting that control with its own new fighter jets and highly-advanced surface-to-air missiles. What happens if the U.S. bombs a Russian installation, or Russia shoots down a U.S. plane? That may or may not lead to war, but it will definitely lead to a spike in volatility.

This mix of factors makes the current level of the volatility index a compelling long position. The current index level has an asymmetric risk-reward profile. VIX is unlikely to go much lower because it is already at an unusually low level relative to its longer term behavior. Conversely VIX could easily spike based on one or more new shocks, or shocks from already known problems like Deutsche Bank that are dormant but could reemerge at any moment.

In summary, the odds of losing money on a properly constructed volatility trade are low, and the odds of making huge gains are high. That’s my favorite kind of trade and the kind we look for continually at Currency Wars Alert.