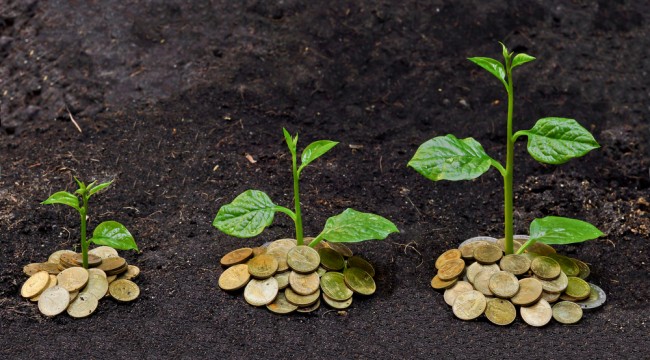 Across all financial media, between both political parties, and among most mainstream economists, the “wealth effect” is noted, promoted, and touted. The refrain is constant and the message seemingly simple: by increasing people’s wealth through rising stock and housing prices, the populace will increase their consumer spending which will spur economic growth.

Its acceptance is as widespread as its justification is important, for it provides the rationale for the Federal Reserve’s unprecedented monetary expansion since 2008. While critics may dispute the wealth effect’s magnitude, few have challenged its conceptual soundness. Such is the purpose of this article. The wealth effect is but a mantra without merit.

…it is the savings from the curtailment of consumption… which generates economic growth.

The overarching pervasiveness of wealth effect acceptance is not wholly surprising. It is a perfect blend of the Monetarist and Keynesian Schools. While its exact parentage and origin appears uncertain, its godfather is surely Milton Friedman who published his permanent income theory of consumption in 1957. In bifurcating disposable income into “transitory” and “permanent” income, Friedman argued the latter dictates our spending and consists of our expected income in perpetuity. If consumer spending is generated by expected income, then surely it must also be supported by current wealth?

But this may or may not be true. It will vary across time, place, and among various people whose decisions about spending are dictated by their time preferences. And time preferences — the degree to which an individual favors a good or service today (consumption) relative to future enjoyment — take into account far more variables than the current, unrealized wealth reported in brokerage statements and housing appraisals.

Will increased spending improve the economy? On one side of the argument, we have the individual conclusions of hundreds of millions of people, each acting in their own best interest. These individuals and businesses are attempting to reduce spending and increase savings.

Dissenting from their views are the seven members of the Board of Governors of the Federal Reserve. Each member believes in the paradox of thrift — the belief that increased savings, while beneficial for any particular economic actor, have deleterious effects for the economy as a whole.

The paradox of thrift can essentially be described as such: decreased consumer spending lowers aggregate demand which reduces employment levels which negatively affects consumption which in turn lowers aggregate demand. The paradox predicts an economic death spiral from diminished demand. And mainstream economists believe we were (and potentially are) mired in such a spiral. As noted econo-sadist Paul Krugman noted in 2009: “we won’t always face the paradox of thrift. But right now it’s very, very real.”

The inverse of this “reality” predicts flourishing economic prosperity when a society increases its consumer spending. But history suggests the opposite: it is higher savings rates which lead to economic prosperity. Examine any economic success story such as modern China, nineteenth century America, or post-World War II Japan and South Korea: did their economic rise derive from unbridled consumption, or strict frugality? The answer is self-evident: it is the savings from the curtailment of consumption, combined with minimal government involvement in economic affairs, which generates economic growth.

So why do so many “pre-eminent” economists falsely believe in the paradox of thrift, and thus the wealth effect? It is because of their mistaken understanding of the nature of savings. The Austrian economist Mark Skousen addressed this in writing:

“Savings do not disappear from the economy; they are merely channeled into a different avenue. Savings are spent on investment capital now and then spent on consumer goods later.”

Savings are spent. Not directly by people on electronics and espressos, but indirectly by businesses via banks on more efficient machinery and capital expansions. Increased savings may (initially) negatively affect retail shops, but it benefits producers who create the goods demanded from the increased pool of savings. On the whole, the economy is more efficient and prosperous.

Does this economic maxim hold even when the economy is in a recession? Even more so. As all Austrian economists know, business cycles derive from government manipulation of the money supply which artificially lowers and distorts the structure of interest rates. To minimize the length and severity of a recession, economic actors should save more which will reduce the gap between artificial and natural rates of interest.

Regrettably, this is not merely an academic discussion. Due to their mistaken economic beliefs, the Federal Reserve has quadrupled the money supply while bringing interest rates to historic lows. The results will inevitably arise: significant price inflation, volatile financial markets, and severe economic downturns. In many respects, Sir Francis Bacon’s aphorism that “knowledge is power” is true. Unfortunately, in the economic realm, the Austrian economist F.A. Hayek was closer to the truth: those in power possess the pretense of knowledge.

Ed. Note: The mainstream media may be deluded as to what really causes economic growth, but readers of the FREE Laissez Faire Today email edition sure aren’t. And in today’s issue, in addition to this insightful essay, readers were also given several chances to discover real, actionable investment opportunities. It’s all part of an ongoing project designed to give people the knowledge and expertise they need to safely grow their wealth no matter what the market throws at them. Sign up for FREE, right here, to get started.

Jerome Powell Is Between A Rock And A Hard Place

Nomi Prins reveals why Federal Reserve chairman, Jerome Powell is currently positioned in a dangerous catch-22 for the economy… Here’s how it could impact the financial system and your money in the weeks and months ahead…

Christopher P. Casey is a managing director at WindRock Wealth Management. Chris has been a frequent speaker before a number of organizations and conferences, including USA Watchdog, GoldMoney, Freedom Fest, and various bar associations. His writings have appeared in a variety of publications and websites including Family Business and the Ludwig von Mises Institute. He is a board member of the Economics Development Council with the University of Illinois.