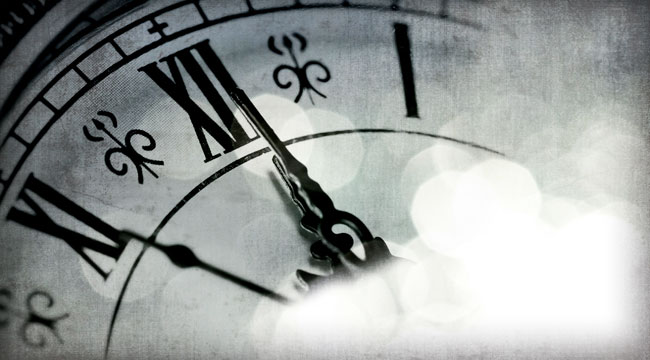 This was a brief article we published about PotashCorp, the Canadian integrated fertilizer and feed products company with operations in Saskatchewan and New Brunswick. They had recently reported promising new numbers, which is exactly what Chris Mayer, editor of Agora Financial’s Capital & Crisis newsletter, had been expecting all along.

This article also featured commentary from Mayer’s most recent reader update, which reported that PotashCorp volumes increased fivefold over a year ago, and earnings for the quarter were the second highest in company history, which made for the first quarter of upticks after a decline lasting nearly 18 months.

What’s more, Mayer felt PotashCorp’s CEO Bill Doyle had a great command of the issues affecting agricultural markets, like the fact that fertilizer prices don’t bounce around day to day based on commodity prices, and that the strongest demand for fertilizer lies outside the US, particularly in Asia and South America (Brazil imported 83,000 tons is the first quarter of the previous year, compared to 2010’s first quarter 1.13 million tons). At writing, the company’s large net asset value supported its stock price.

This Bill Bonner essay detailed how Europeans are as eager to prevent real change from happening as their American counterparts–the change they don’t want being what we refer to as the “Great Correction.” Europeans enjoy a standard of living they can’t really afford, and their income goes primarily to paying taxes and social charges.

Typically the story goes that Americans are the ones who overspend and live beyond their means, eventually plummeting into debt like the majority of other households. But in Europe, as Bill explains, the phenomenon is different, because it’s the public sector that is living beyond its means. Military budgets are tiny, government spending is mostly focused on services and transfer payments, and social spending is responsible for a big chunk of GDP and living standards, providing more services than they have tax revenue to pay for. This results in public debt, which is getting worse every year.

Europe, at this point, did not have very high levels of private debt, it is rather in the public sector. But European government debt is no worse than it is in the US (at writing the Eurozone had a government debt to GDP of 88%). And in terms of deficits, Europe is in better shape than the United States (at writing, US deficits were around 10% of GDP, or more, while European deficits were 6.6% of GDP) America rescues it’s private sector while Europe rescues its public sector.

“ECB Monetary Policy: When in Debt, Do as the Debtors Do”

This article describes how investors around the globe who owned stocks and bonds of bankrupt nations are cheering after the euro-bailout announcement, and Greek, Spanish, Portuguese and Italian stocks all soared more than 10% on the day while yields on high-risk sovereign debt plummeted. Greek 10-year yields fell nearly 500 basis points as buyers rushed back into the market.

Our editor believes that almost every aspect of the day prior’s trading looked like a huge short squeeze, but it could already be over, citing the initial reaction to the TARP program as an example (a huge immediate relief rally of 11% that gave way to a 30% slide to the lows). He was surprised that the trillion-dollar bailout announcement failed to resuscitate the euro or to suppress gold, even for one day, while investors believed that the ECB’s bailout scheme is inflationary at a minimum. The ECB dramatically expanded the supply of money and credit in an effort to “rescue” the euro.

“A Rotten US Apple Spoils the EU Bunch”

This article featured commentary from The Washington Post, about the European Union inventing its own trillion dollar bailout, and how the US was intimately involved in this newest mind-boggling expenditure.

American officials were worried about the European response months ago, when European leaders kept telling everyone that the problem in Greece was well contained. Europeans believed an expression of support was enough to calm the markets, and that putting in real commitments of emergency funds was unnecessary.

But Americans were less persuaded, telling counterparts they had to eradicate the risk of default, and about an American concept called overwhelming force. This essentially means convincing people that the government will get its act together.

Our editor, and the article from the Post, suggested that the EU’s biggest failure in this sovereign debt meltdown was that it’s consistently too little too late, and the bigger problem is that it’s been trying to bail out Greece at all in the first place. Conjuring emergency funds in convoluted way is just the kind of financial magic that keeps creating one crisis after the next.

“The European Bailout Absurdity: Money for Nothing”

Yet another article about the European Union coming up with a trillion-dollar bailout for itself. Initially this bailout plan nudged the euro back above $1.30, but by the end of the day, its value gained almost zero ground whatsoever.

Our editor mused about how Europe intended to come up with roughly a trillion dollars for bailouts when all the European nations are already “so hopelessly enmeshed in chains of unfulfillable counter-party obligations that the bailout might as well be a game of musical chairs played in the Large Hadron Particle Collider, set to the tunes of Karlheinz Stockhausen.” In other words, this bailout was an absurdity.

Once upon a time, the stock market was a place where people with capital went to look for productive activity and companies to invest in. Now the American stock markets have become certifiable.

This article highlights the decision by the United States to join European nations to help salvage what’s left of a currency union that has slammed on the breaks.

Helping to finance the EU bailout, the United States formed a massive currency swap line to extend to EU countries to support increased dollar demand, and by paying – in cash – for the EU’s roughly 17% membership stake in the IMF. The funds were at least partly being loaned out to support Europe.

Systemic risk is a factor to be considered, and there were real concerns about contagion in Europe. At some point, all these nations, including America, must face the consequences of irresponsible fiscal policy, and no matter where in the world a financial crisis strikes, the US ends up at least partly holding the bag.

10 Years Ago Today on The Daily Reckoning…

In this article, our editor mused over the puzzle that is Chinese commerce. It is a conundrum that defies economic principles with low inflation, high growth, a socialist government, and huge money supply. As a country that has collided with capitalism and is now trying to manipulate it, China’s people are now trying to accept these nonsensical actions as normal.

One example is that China is not a transparent country. Their government is subsidizing every level of the economy, from pensioner to taxi driver to major corporations. A lot of businesses are bound to go bust when the government will not bail them out, injecting more capital into debt-ridden banks. They also have shaky published numbers and corrupt, untrustworthy government statistics. It may appear that money is flowing, goods are being sold, and buildings are being built, but it is all within an artificial cost structure.

The editor compared this to Shanghai, where there are very little signs of government control, even calling it China’s version of Laissez Faire economics. Soon, China’s four cash cows (Hong Kong, Shanghai, Macau, and soon Taiwan), will be associated with a government that still tries hard to control every facet of life.

In this article, Chris Mayer, Agora Financial’s editor of Capital & Crisis and Mayer’s Special Situations, examined David Derosa’s Book, In Defense of Free Capital Markets, on the hazards of fixed exchange rates and the fallacies of government intervention in currency markets.

In his book, the slew of recent financial crises (tequila crisis of ‘94-’95, Asian crisis of ‘97-’98, Russian and Brazilian meltdowns in ‘98, etc.) occurred in countries that were trying to maintain a fixed exchange rate. In a free market, the exchange rate is “found” through a discovery process of constant buying and selling among participants in the market. But the true market rate is bound to be higher or lower than the wished-for rate by government finance ministries.

Such Meddling has consequences, like when a government attempts to maintain prices of gas, corn, steel, and other goods by decree, and there is a ripple effect on the market. Meddling creates a tension and patterns that become unsustainable, and over time, things build up, the dam breaks, and a crisis is born.

China was courting economic disaster by maintaining its pegged currency, and in a battle between government power and market forces, the market always wins in the long run. Chris warned our dear readers; it’s only a matter of time before China is willing to lose in the struggle. In the meantime, the world remained in a permanent monetary crisis, its financial systems remaining in a jumble of pegged currencies, slogging their way from crisis to crisis.

P.S. Can you believe we’ve been publishing our Daily Reckonings for over a decade? Whether it happened five years ago or five minutes ago, The Daily Reckoning has and continues to report everything you need to know about the financial world, and how to protect and grow your wealth. Best part? It’s 100% free. Sign up here today to start receiving The Daily Reckoning to your inbox, completely free of charge.