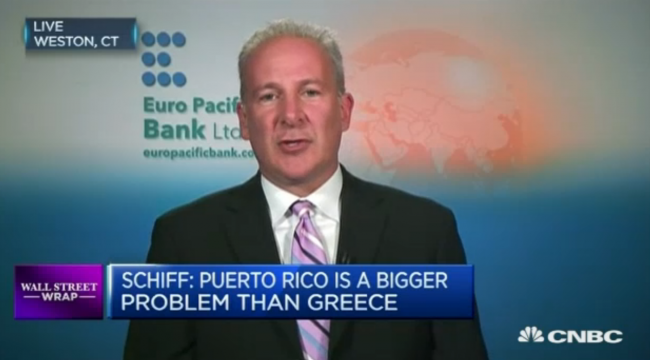 Puerto Rico is a Bigger Risk Than Greece

During the interview you’ll learn: Why the U.S. is in a worse fiscal state than Puerto Rico… the only reason the U.S. is not yet in the same situation as Puerto Rico… the effect of Puerto Rico on the stock market versus Greece… why euro strength could portend weakness in the U.S. dollar… what Peter thinks about the risk of Greece or Puerto Rico starting a contagion effect across markets… the basic economic problem most developed countries share around the world… and much more.

Again, click the play button below to watch the entire interview…