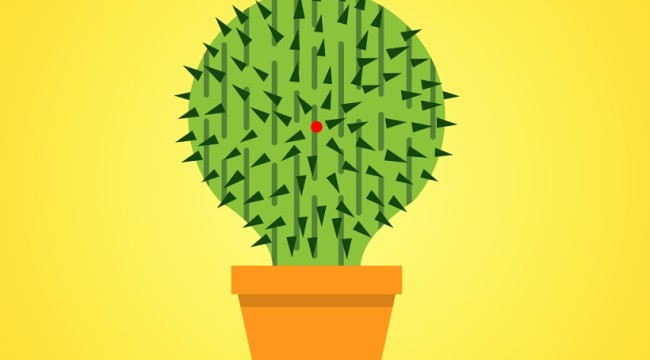 Proof that People are Dumb

Wouldn’t be nice if there was a way for us to get a temporary bit of luck?

Believe it or not, there’s an app for that.

You can buy it for $10. Whenever you need some luck, simply tap the app.

Here’s the official description of the app:

Do people actually pay for this? And how is this related to the markets?

People are actually dumb enough to pay for this. (If you own this app, no offense… but I hope you don’t.)

What’s really shocking is that the app has many five-star reviews. It has even saved this user’s life, according to his review…

Does that app really work…. or are people attributing random positive events to the app, after spending $10 on it?

I hope I don’t have to answer that question.

Anyway, I’m telling you this story to show you that humans are irrational. And our own biases always get in the way of making money in the markets.

For example, now that many buy and hold markets are cratering, you may be hesitant to cut your losses short. And that’s perfectly normal, unfortunately.

It’s just the way our brains are wired. But it can often lead to financial ruin.

Don’t believe me? Well, maybe a Nobel Prize winner will convince you…

My Conversation with a Nobel Prize Winner

Princeton Professor Daniel Kahneman is the first psychologist to win the Nobel Prize in Economics. He’s been a guest on my podcast, and I always find his work fascinating.

A common bias that tends to cost people a lot of money in the stock market is called mental accounting.

We tend to keep our money in different mental accounts for which we have different rules.

For example, one mental account might be vacation money. Another might be retirement money. The rules on how you will spend the money on those mental accounts are entirely different.

“That’s pretty sensible,” Kahneman explains, “because mental accounting is a tool of self-control.”

“But more foolishly,” continues Kahneman, “investors tend to view each stock that they buy as a mental account and they want to sell it when it is a winner. So they tend to sell their winners and to hang on to their losers in their portfolio.”

“When you sell a loser, you don’t just take a financial loss; you take a psychological loss from admitting you made a mistake. You are punishing yourself when you sell.”

Nobody likes to close a losing trade and admit they were wrong. It can be painful.

Which is why when a stock you hold starts to move lower, you want to hold on to it, hoping for a recovery, a rebound in price.

That’s a sure way of losing a boatload of money… or even getting wiped out.

This Simple Concept Could Save you in 2016

You want to be a trader and you don’t want to have to think about your mind?

You think you’ve got it all figured out, and you just need to know which stocks to buy, and that’s all you need?

You think you don’t need to think about what Daniel Kahneman has to say?

I guaranteed failure if you ignore your personal psychology.

No ‘ifs’ or ‘but’s’ about it. You will not make it.  Your money will drip, drip, drip a long bloody drip out of your pocket.  It will be gone.

That’s what’s so great about trend following. By using computer systems to follow our rules, we remove emotions out of the equation.

There’s no risk we’ll fall into the mental account trap.

The S&P 500 index is already down 12% since peaking last November. Many stocks have already dropped by more than 40%. This could be the beginning of a nasty bear market.

Don’t keep on holding to stocks that are in a downtrend. Follow the trend. If the trend turns down, get out.

If you’d like to know more about your money and psychology, you can listen to my conversation with professor Kahneman by clicking here.

Michael Covel
for the Daily Reckoning

The May unemployment report shocks the experts, sends stocks rocketing…