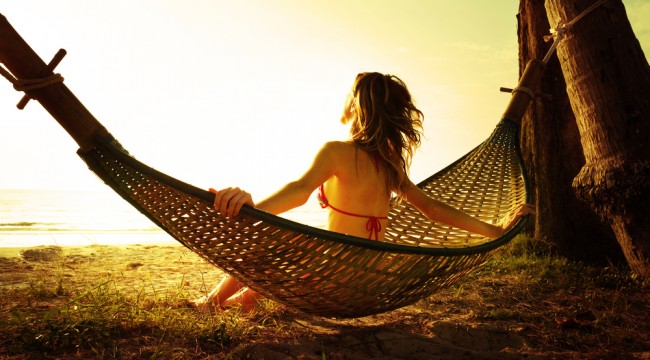 One Simple Trick to Living a Happy, Stress-Free Life

Brace yourself. A slew of shocking figures coming your way…

The Bureau of Labor Statistics reports that the average American male works about one month more a year than in 1976. Even more for the average woman.

On top of this, the U.S. is the only country in the Americas without a national paid parental leave benefit. The average is over 12 weeks anywhere outside of Europe… and 20 weeks in Europe.

Americans also don’t have “nurture days” per child until age 8, like in Denmark. Nor do we have year-long paid parental leaves for mothers and fathers, as in Iceland. A national three-month sabbatical policy, which Belgium enjoys? We can only dream.

It’s no surprise to learn, then, that according to the BLS, the average productivity per American worker has increased 400% since 1950.

Even so, we’re not seeing the fruits of this added productivity.

“In our leisure,” said Ovid, “we reveal what kind of people we are.”

Also, Americans don’t really fight for their working rights. We’re too busy working. And too afraid to upset the status quo and lose our jobs and livelihoods.

Now here are the down-to-earth consequences…

As a result, studies show that many American men feel unwanted by their immediate family (because they work too much), underappreciated by their employer (because they don’t work enough), and hassled, tired, underpaid, and made to feel like a waste of space… an inconvenience to the younger members of the workplace.

And many American women, now that they’re working full-time and still taking on the lion’s share of domestic responsibilities, suffer from, as Katrina Alcorn writes in her book Maxed Out, “panic attacks and depressions, heart palpitations and hives, migraines and mysterious coughs that won’t go away.” All from constant stress, worry, overwhelm and exhaustion.

And, it’s why our kids, now called “ghost children,” are becoming, as The Hill blog put it, “stressed-out American students of ‘Race to Nowhere’…”

Many kids believe it’s goodbye to the good life if, says The Hill, “they’re not on the varsity soccer team and editor of the newspaper and pulling all A’s, all the while completing hours of homework, memorizing facts for AP classes and receiving private coaching [for] the SATs.”

And those kids (or parents) who can’t reasonably handle this expectation are quickly weeded out of the system. Is it any wonder, then, that we (our kids included) are the most overmedicated in the world?

It’s getting so bad, in fact, our brains are starting to shrink.

The W.H.O. has rated the U.S. the most anxious country on the planet.

The National Institute of Health (NIH) is in the middle of a massive, multi-year study of how our high-stress, long hours work cultures are making us sick — and how much its costing employers (a lot).

Americans spend almost twice as much on healthcare per person.

The Yale Stress Center findings are even more shocking. Yale’s functional MRI studies are showing that the stress of it all is actually shrinking our brains.

To many ancient Greek philosophers, living a life of leisure was the highest aim of a human being. True leisure, the Greeks believed, free from the drudgery of work, not only refreshed the soul but also opened it up.

“In our leisure,” said Ovid, “we reveal what kind of people we are.”

“In the Middle Ages,” Ben Hennicutt, a leisure scholar (yes, leisure scholar) at the University of Iowa told researcher Brigid Schulte, “the sin of sloth had two forms. One was paralysis, the inability to do anything — what we would see as lazy. But the other side was something called acedia — running about frantically. The sense that, ‘There’s no real place I’m going, but by God, I’m making great time getting there.’”

OK. Let’s rewind to where it all really started to become a problem…

In the 1980s, economists had started to notice that work hours for white collar, college-educated workers began to hit an extreme. At the same time, social surveys were seeing an elevation in the same group’s sense of economic insecurity.

The reason is something we can all relate to.

Juliet Schor calls it a vicious cycle of “work-and-spend.” It’s a treadmill of more spending, more stuff, more debt, stagnant wages, higher costs, less quality, and more work to pay for it all.

“While it’s true that household debt and spending on ‘luxury’ items have gone up at the same time,” Brigid Schulte chimes in, “it’s also true that wages have been stagnating and the costs of basic things like health care, housing, and education have gone through the roof — the cost of college has blown up nearly 900% in recent decades. When was the last time anyone outside hedge fund managers and the 1% got a 900% raise?”

Salaried workers can be worked, by law, to death, without breaking any laws.

And while wages remain stagnant, salaried workers got the shaft…

The 1938 Fair Labor Standards Act protected only hourly workers from working overtime, instituting overtime pay once a worker hit 40 hours. Salaried workers can be worked, by law, to death, without breaking any laws.

Even the standard of a 40-hour workweek is archaic. It’s a vestige of the manufacturing age.

Forty hours was the amount of time Henry Ford discovered he could push his manual laborers on assembly lines before they’d get too tired and make expensive mistakes.

Thing is, it’s a new economy out there.

We, and our companies, need to adapt to it… or die.

In a knowledge economy, we value innovations, new ideas, creativity. We need more of those “aha!” moments.

Problem is, the brain is wired for “aha!” moments when we’re at rest.

But when we’re resting and relaxing. When we let our minds wander.

Recent advances in neuroscience tell us that our brains are, in fact, most active when we are idle.

Some of the best ideas I have are in the shower… or when I’m lying down to sleep and just letting my mind relax and go its own way. NOT when I’m running around like a crazy person.

So, here’s the best thing you can do today…

Slow down. If you’ve been running around too much, give yourself permission to stop working so hard today. Rest.

There is a limit.

And if you don’t anticipate that limit, something outside of your control, will force you to STOP…

What happens when Holly works too hard…

Take a moment to breathe. Treat yourself today. You deserve it.

Ed. Note: Like what you see? Each day, Laissez Faire Today delivers actionable and insightful tips on how to live a freer, healthier, more self-sufficient life. Readers who receive Laissez Faire Today in their email inboxes also enjoy a free Tip of the Day normally only reserved for paid readers. Today, you can sign up absolutely FREE, by clicking right here.