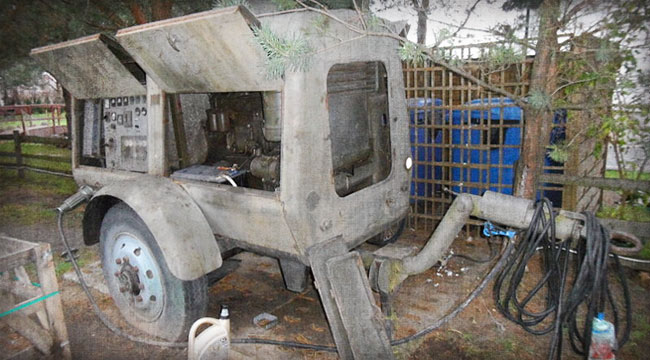 By Chris Campbell
Tip of the Day Posted
November 12, 2014

[Ed. Note: Here at the Daily Reckoning, we strive to bring you a unique and entertaining view of the world of finance. But we also realize that there’s more to this world than money. After all… what good is money if you don’t know how to use it wisely to protect yourself and enjoy your life? So as part of our ongoing “Tip of the Day” series — brought to you by our friends at Laissez Faire Today — we’re proud to share this little actionable tip on living a happier, healthier and more secure life than you ever thought possible. Enjoy!]

It might sound paranoid to some, but I’m counting on being directly affected by at least one major crisis in the next decade.

Whether it be some kind of pandemic… a collapse of the grid… a terrorist attack… economic collapse… a natural disaster… an uprising… the consequent martial law from said uprising… or [enter in any crisis with equally disastrous consequences here].

And because of paranoid people like me, the “prepper” industry is huge…

For both reasons, it’s also full of wild speculations on what would happen in the event of a disaster that halts our normal way of life (with, of course, a link to the “hot item” all smart preppers must have).

Problem is, it’s all just that: speculation.

Luck can help in any situation. But you won’t get by on it alone. And you shouldn’t count on it.

Ninety-nine percent of the “preppers” who write about what would happen “in the event of a disaster” have never been in one.

In fact, only one prepper article I’ve read online comes from real-life experience.

In today’s Tip of the Day, I’ll break down that article for you.

Luck can help in any situation. But you won’t get by on it alone. And you shouldn’t count on it.

The article you’re about to see, if you’re currently doing any prepper research, is the definitive article on the subject.

And here’s the thing…

If you forget about everything you read today, and take just one action I’ll tell you about at the end of today’s tip, I guarantee you’ll be more prepared than anyone in your neighborhood… your county… and maybe even your city.

More on that in a moment.

“To imagine the situation a little better,” the author of the article, known only as Selco, wrote, “you should know it was practically a return to the Stone Age.

“I am from Bosnia,” Selco explained.

The Bosnian War raged on from April 6, 1992 to Dec. 14, 1995. It was one of the most destructive wars at the end of the 20th century. Of 4 million, 2 million were made refugees. More than 100,000 were killed. The Bosnian War is best known for the unspeakable acts of despicable behavior from all sides.

Meanwhile, the civilians who didn’t make it out of Bosnia were left to fend for themselves.

“For one year, I lived and survived in a city with 6,000 people without water, electricity, gasoline, medical help civil defense, distribution service, or any kind of traditional service or centralized rule.

“Our city was blockaded by the army, and for one year, life in the city turned into total crap. We had no army and no police.

“After a month or two, gangs started operating, destroying everything. Hospitals, for example, turned into slaughterhouses.

“About 80% of the hospital staff were gone. I got lucky. My family at the time was fairly large (15 people in a large house, six pistols, three AKs), and we survived (most of us, at least).”

A few key points that stick out from this article…

“Today, I know everything can collapse really fast. I have a stockpile of food, hygiene items, and batteries — enough to last me for six months.

“I live in a very secure flat and own a home with a shelter in a village 5 kilometers away. Another six-month supply there, too.

On top of everything, though, one asset trumps all of them… electricity.

On top of everything, though, one asset trumps all of them… electricity.

Why electricity, you ask?

With it, you have the trifecta: heat, light, and, most importantly, communication with people outside your vicinity.

In all truth, if you can find a way out of the situation, you’re not going to want to stick around for a year. No matter how big your stockpile is.

And having an electric source — one that works no matter what’s going on — is crucial.

Ed. note: This “Tip of the Day” is just a small fraction of what you could be getting out of the FREE Laissez Faire Today e-letter. Each issue is packed full of actionable advice. In fact, today Chris shared with his readers one device that allows for free, unfettered (and quiet) energy — no matter what’s happening. Don’t miss out. Click here to sign up for Laissez Faire Today, for FREE, right now.