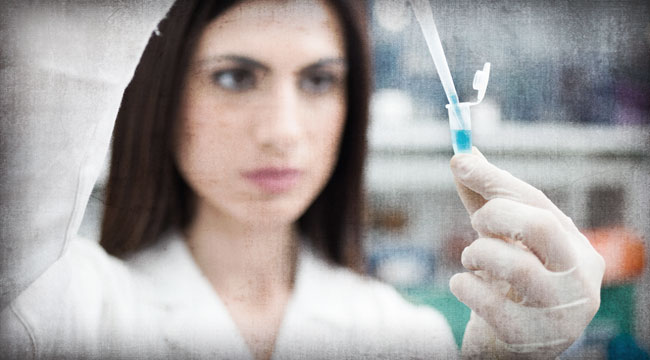 One Potential Ebola Treatment You're Not Being Told About

As you may know, “patient zero” Thomas Duncan passed away yesterday…

News broke last night that he would be cremated.

Also, we learned that Ebola screening will soon begin at these five U.S. airports:

These airports make up 94 percent of flights from Liberia, Sierra Leone and Guinea. The three countries getting hit the hardest.

And we’re pretty ecstatic about this: Our Baltimore Hq is surrounded by three of them. Yay.

But the airports, according to some officials, are only a sliver of our problem.

Proper preparation is extremely important. Especially if you’re living in a city.

U.S. Southern Command (SOUTHCOM) head, Gen. John F. Kelly, warned that an outbreak in Central America or the Caribbean could cause a mass migration to the United States.

In fact, according to Kelly, many West Africans are already using established trafficking routes through Central America to get into the United States illegally.

Situation sound helpless? Think there’s nothing you can do? Wrong.

There are things you can do to prepare. Strengthening your immune system is one of them. And if you live in a city, planning to “bug out” if more than 10 cases occur, as Stephen Petranek suggested, is another.

[We’ve put together our quick-and-dirty guide from last week for you to print out. I’ll be sending the link around to my Laissez Faire Today readers tomorrow. Not already a member? No problem. You can sign up for FREE, right here..]

In today’s issue, you’ll learn about one potentially game-changing Ebola treatment. It was proven effective by the NIH over a decade ago.

We don’t think it’s getting its deserved attention in the race for a treatment.

First, though, and we can’t stress this enough: Proper preparation is extremely important. Especially if you’re living in a city.

To further illustrate this point, we invited another one of our in-house tech mavens to share his thoughts on the current situation.

The following is what he emailed back.

“Raising immune system capability is not a bad idea in principle,” Ray Blanco, editor of Technology Profits Confidential, writes from our tech desk, “and the single best non-prescription way to do so that I know of got pulled by the FDA.

“However, a working vaccine would be great. The problem is, even under the best circumstances, we can’t expect one to be in mass production until the end of Q1 2015 — that’s the best of circumstances.

“People following Ebola protocols… have still been getting infected.”

“And even a good vaccine is limited in what it can do for people with weakened immune systems.

“I’ve been writing about the Ebola crisis on and off for a few weeks in my newsletter,” Ray wrote.

“A few things on my mind, which you might want to consider:

“The governmental responses, not just here but also everywhere, have been woefully incompetent. And trust in government is at all-time lows. I think the danger and risk is greater than what our public officials have let on.

“Back to stopping it: As I mentioned, vaccines might not be available in sufficient quantity in time to stop it if it breaks out. We don’t know.

“But we’ve been using quarantine at least as far back as the Old Testament because it is low-tech and it works. And if there are very many cases, we won’t have enough hospital beds or healthcare workers for those people.

“Imagine the outcry if that happens. People quarantined at home, dying in a pool of excrement and vomit, often alone. Or defying quarantine, weak and delirious, staggering out in the streets like zombies and dying on the streets like we’ve seen in Africa, with everyone avoiding them because contact means infection.

Well… probably not exactly like it, but you get the picture…

“And here’s a suggestion: I haven’t seen much talk about economic impacts,” says Ray.

“I suspect just a few thousand infections could wreak havoc on the economy.

“Imagine the fear and hysteria. Schools shutting down. Parents not going to work. It might be a good refresher to look into what we did during the Spanish flu epidemic of nearly a century ago.

“Imagine stores closed and shelves empty. Public transportation and public spaces abandoned. Imagine what an infection cluster might do in a densely populated place where people are always brushing against each other that is also an important financial center, like NYC. What effect would that have on the markets?

In other news, yesterday morning, we received a strange email from one of our Laissez Faire Today readers, Fred C., about a miracle “blue-green algae superfood [that] is light years beyond all others.”

“CV-N is the first molecule known to inhibit Ebola infection by interfering with the virus’ ability to enter cells.”

“Researchers have discovered,” the NIH website reads, “that a bacterial protein known to reduce the ability of the human immunodeficiency virus (HIV) to infect cells also inhibits infection by the Ebola virus.

“The antiviral protein, known as cyanovirin-N (CV-N), can extend the survival time of Ebola-infected mice, researchers from the National Cancer Institute’s Molecular Targets Discovery Program report in a study published in Antiviral Research.

“The study, done in collaboration with researchers from the U.S. Army Medical Research Institute of Infectious Diseases, the Centers for Disease Control and Prevention, and the National Institute of Diabetes and Digestive and Kidney Diseases, provides important insights into the process of Ebola infection.”

CV-N, according to the NIH, is a potent antiviral that “effectively inhibits HIV infection of cells grown in the laboratory.

“CV-N inhibits HIV infection by binding to the outside of the virus and physically blocking it from entering cells. The protein is known to attach to a particular sugar molecule on the virus surface, and because similar sugar molecules coat the Ebola virus, researchers hoped CV-N might have the same effect on Ebola that it does on HIV.

“Their hypothesis proved to be true when laboratory experiments revealed that CV-N does bind to the sugar molecules on the outside of the Ebola virus and inhibits its ability to infect cells, much as it does with HIV.”

Barry O’Keefe, PhD of NCI’s Center for Cancer Research, and one of the study’s authors, said this:

“CV-N is the first molecule known to inhibit Ebola infection by interfering with the virus’ ability to enter cells.”

If true, why didn’t they bring it to the market?

Come to find out, a drug for Ebola, using the CV-N protein, was on its way to the market…

The current consensus, of course, is that there’s no medical treatment or vaccine for Ebola.

“A treatment that appears effective, however, against Ebola, other hemorrhagic fevers and HIV/AIDS,” WND reported back in April, “has been in various stages of testing since 2001.

“The journey of Cyanovirin-N through the testing and approval process illustrates the difficulty of bringing promising treatments to the market.”

One man, a retired entrepreneur by the name of Jack Kneifl, told WND he received $5 million from an angel investor in March 2001 to start the process of developing the CV-N drug.

“Kneifl co-founded a pharmaceutical company with three other individuals called OmniViral Therapeutics LLC, located in Germantown, Maryland, near the National Institutes of Health.”

“Within a matter of months,” Kneifl said, “we negotiated the license and began the pre-clinical trials.”

“The bottom line,” he said, “is Cyanovirin-N demonstrated potential applications to microbicide development.”

Microbicides are chemicals that strip viruses or bacteria of their infectious natures. Vaccines, on the other hand, use biological agents to improve the immunity of a particular disease.

Seeing the potential of CV-N, Kneifl began approaching investors to raise funds so he could develop a commercially viable treatment.

“By mid-2003,” he recalled, “and some $5.5 million later, OmniViral had completed the pre-clinical studies which demonstrated an extraordinary level of success.”

His chief scientific officer working with him, he told WND, told him that CV-N “had greater potential than any other drug he had ever tested.”

The next step? To complete Phase 1 and Phase 2 clinical studies. This would’ve cost $8.5 million.

“I went back to my angel investor requesting him to continue funding the operations,” said Kneifl. “He turned into a chicken and pulled his funding.”

“Due to lack of funding, OmniViral, for all practical purposes, was closed down at the end of 2004,” Kneifl said.

O’Keefe is still working on creating a drug with CV-N. Last word, it’s in the preclinical development stage and, after over a decade, has yet to be tested on humans.

Why isn’t CV-N one of the treatments on the fast track? Good question. We’re still looking into it.

But we did uncover yet another groundbreaking study about the effectiveness of CV-N.

“Just purchased the full text of the groundbreaking study,” one colleague from our research team said this morning.

The name of the study is Cyanovirin-N binds to the viral surface glycoprotein, GP1,2 and inhibits infectivity of Ebola virus.

You can find it right here.

“Now we know,” my colleague said, “how much longer the mice lived when they got the treatment of this stuff.

“This is super important. The mice who got the treatment before they contracted Ebola lived the longest. So getting started with CV-N now is key.

“The graph is on Page eight. The placebo mice all died by day seven.

In this study, just to be clear, the researchers isolated the CV-N protein from its plant source.

But AFA as an immune-boosting supplement? We’re digging deeper, but it looks good so far.

Ed. Note: Chris Campbell and the Laissez Faire Today research team are currently putting together a comprehensive Ebola report. Inside, you’ll learn the best ways to prepare — and increase your chances of survival — in the event of an outbreak in the United States. But you’ll only receive access to this report as a FREE Laissez Faire Today member: Click here to sign up.