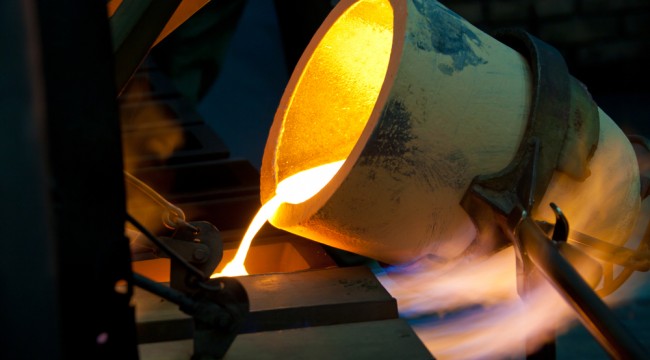 On Sale: A Precious Metals Play with a Reliable Dividend

Precious metals — compared with stocks and real estate — are cheap right now. They’re despised by most investors and narrowly owned. Yet they still make an ideal inflation hedge going forward.

Of all the precious metals, silver is the best bargain. We are more than three years beyond a dramatic spike to $50 per ounce in early 2011. Prices have hovered around $20 for the past year. Sentiment among traders is in the dumps. A recent Market Vane survey says the percentage of respondents bullish on silver in the mid-$20s is near a 10-year low.

Money printing delays the pain… Yet incredibly, investors have fled from precious metals, which offers them inflation insurance.

Meanwhile, the monetary backdrop for silver and gold remains very bullish. The Federal Reserve may talk of tightening… but whatever tightening they do won’t be like past cycles. Plus, other central banks around the world remain as loose as they’ve ever been.

The growing mountain of global debt has taken away central banks’ flexibility to implement truly tight policy. Sovereign debt in particular cannot be serviced at high interest rates, because trillions more in interest payments would overwhelm government budgets and asphyxiate economies. Forget that higher rates benefit you, the saver.

“There appears to be no way out of a sovereign debt crisis for the United States; the paths are all blocked,” our friend and financial expert Jim Rickards told us in the June. “The Fed avoided a measure of pain in 2009 with its monetary exertions and market manipulations, but the pain was stored up for another day. That day is here.”

Money printing delays the pain… Yet incredibly, investors have fled from precious metals, which offers them inflation insurance.

Most investors bash precious metals as inflation hedges because “they don’t pay interest or dividends.” That’s true. But in a zero interest rate environment, neither do your bank deposits.

So there is a place for precious metals in your portfolio. Especially if you own them in a way that gives you the portfolio hedge offered by precious metals plus the reliable dividend of a blue chip stock. That brings me to one stock I’d like to bring to your attention.

It’s gone from $3 to $25 since its IPO. And there’s plenty more to go… because of a potential new income stream.

Silver Wheaton (NYSE:SLW) is the largest precious metals “streaming” company in the world.

Here is how it works: In exchange for an upfront payment, SLW has the right to purchase all or a portion of the silver and/or gold production, at a low fixed cost. The mines it buys from are high-quality and located in politically stable regions around the globe.

SLW has been the top wealth creator in the silver space over the past decade. Since its founding, SLW management has created an astounding amount of value for shareholders.

But it’s not expensive, because its earnings and cash flow have grown at a similar pace. It has a lot of earnings growth in the future too — including potential from a new gold streaming agreement…

In early 2013, management announced a major gold streaming agreement with Brazilian mining giant Vale. The agreement provides Silver Wheaton with 70% of the gold production from Vale’s Sudbury mines for 20 years. Sudbury is an underground mine in Ontario, Canada. SLW also gets 25% of the gold production from Vale’s Salobo mine for the life of the asset. Salobo is a low-cost, open-pit copper/gold mine in Brazil.

In exchange for this long-lived stream of gold production, SLW agreed to pay Vale the following: $1.9 billion plus 10 million Silver Wheaton warrants (with a 10-year term and a strike price of $65).

Despite SLW’s large size, it still has great growth potential. The company’s current production covers just 4% of its potential market.

Silver Wheaton’s production is poised to grow 35% from 2013 until 2018, to 48 million silver-equivalent ounces. The capital required to fund such growth is fixed and known in advance. Required capital commitments are a fraction of the total cash flow SLW will generate over the same time frame.

Considering all the details, streaming deals like the one struck with Vale should become another huge value creator for shareholders. SLW was built on deals like this. It has many streaming agreements with base metals miners to pay them low prices for the silver they produce as a byproduct in exchange for an upfront payment.

Silver Wheaton rewards shareholders with a healthy dividend policy while retaining enough capital to fund growth: It distributes 20% of the previous quarter’s operating cash flows as a cash dividend.

Despite SLW’s large size, it still has great growth potential. The company’s current production covers just 4% of its potential market.

Most silver is produced as a byproduct at base metal and gold mines. Gold Fields Mineral Services forecasts declining silver production through 2018. Since so much silver is consumed in industrial applications, shrinking supplies from mines are bullish for prices. So while overall silver production shrinks, SLW’s production can keep growing, with the added tail wind for silver prices in the form of tight supply.

Silver Wheaton’s flow should continue growing rapidly due to two factors: its own production growth and rising gold and silver prices. SLW’s current dividend yield is just 1.3%. But the upside in cash flows through 2017 could ultimately drive the dividend yield on today’s $25 stock price to 3-4%.

P.S. You don’t have to be a gold bug to realize that adding precious metals to your portfolio provides a measure of protection against the out of control spending of central banks. And since so many people have been down on this space lately, it can be a great place to look for bargains. And if you sign up for the Daily Reckoning email edition and you’ll gain access to a free report that details the 5 best ways to invest in gold right now. It’s just one of a handful of great reports you’ll find in the FREE Daily Reckoning Research Library. Don’t wait. Sign up for the Daily Reckoning, right here, to access them all.