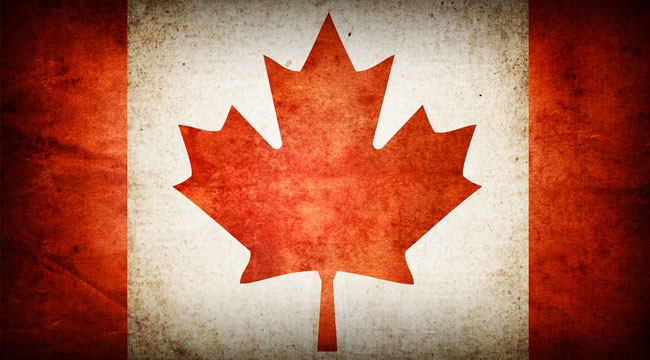 Canada is beset by the double decline of energy and its currency. The energy price collapse and the currency wars are global phenomena, but Canada is ground zero for both because of its heavy reliance on energy production and the aggressive actions of its central bank.

This story has not been a good one for U.S. investors in Canadian stocks over the past six months. But now may be the time to take a look at some attractively priced opportunities in fundamentally strong companies and a solid economy.

The energy story is well-known. Prices for West Texas Intermediate crude oil, an important benchmark, fell from $100 per barrel last July to about $55 per barrel recently, after hitting an interim low of about $45 per barrel in January.

That is one of the fastest and most dramatic oil price drops in history. Canada is the world’s fifth-largest oil producer, after Russia, Saudi Arabia, the U.S. and China, so the impact in Canada is enormous, as it is for the other top producers.

It’s important to understand why this oil price drop happened and what those dynamics mean for the price going forward. Canada and the U.S. were the two major participants in the expansion of shale oil production using fracking technology in the past five years.

This output was so extensive that it threatened a global oil glut, and lower prices for all producers. This was especially threatening to Saudi Arabia, which faced not only lower prices but lost market share. Saudi Arabia is the only country in the world that can directly affect oil prices on a sustained basis, because it has both

the largest reserves and the lowest production costs. Oil can be produced by Saudi Arabia at less than $10 per barrel, whereas shale oil is produced in the U.S. and Canada at an average price of over $70 per barrel. Production costs are much higher for certain individual projects.

Saudi Arabia made a decision not to reduce output in order to prop up the price in the face of the glut. The result was the dramatic price collapse that began last summer.

However, Saudi Arabia strategically calculated a price for its oil that was low enough to put fracking out of business but high enough to maximize its own revenues and put the least strain on its currency reserves to meet its budget. That strategic target price is $60 per barrel.

Of course, markets typically overreact to sudden volatility and overshoot price targets. When the price dropped from $100 per barrel to $60 per barrel between July and mid-December 2014, it is not surprising that the drop continued to the lows of around $45.

At that point, the market stabilized and oil rebounded. It now trades in a range of $50–60 per barrel, close to the Saudi target price. From this point forward, the Saudi goal is to maintain oil in that $50–60 per barrel range for an extended period of time, perhaps two years.

That will be long enough to shut down most new shale wells and to deplete or shut in the existing wells. Many shale producers will face financial distress because of the heavy debt loads they incurred on the assumption that oil would remain above $80 per barrel.

Only when world supply rebalances with demand and the shale industry is severely impaired will Saudi Arabia gradually allow the price to rise. This will result in much larger market share for themselves.

The bottom line is that the price of oil is near its intermediate-term lows. An equally important dynamic is affecting the Canadian dollar relative to the U.S. dollar, expressed as the CAD/ USD cross rate.

The Canadian dollar, affectionately known as the “loonie,” has plunged from about $0.94 in early July to about $0.80 today, a 15% decline in just eight months. This loonie crash was caused in part by a series of interest rates cuts initiated by the Bank of Canada, the Canadian central bank.

These rate cuts were part of a global currency war that also saw rate cuts or other easing moves by central banks in Sweden, Denmark, Australia, Singapore, China and the European Central Bank. One problem with currency wars is that they are a zerosum game.

If CAD goes down against USD, then USD must go up. There is no other possible outcome. This is true globally. All of the countries that have weakened their currencies have done so primarily against the U.S. dollar.

As a result, the dollar is at its highest levels in a decade on various indexes. In effect, countries around the world are relying on U.S. consumers armed with strong dollars to be the “buyer of last resort” of their exports of manufactured goods, energy, produce and nontradable goods, such as vacations.

The world economy is in recession or slowing down in China, Russia, Europe, Japan and other major countries and regions. In effect, the U.S. economy is being asked to bear the entire cost of adjustment to the slowdown by consuming the world’s output using a strong dollar. This creates a conundrum for the U.S. Federal Reserve.

The Fed has a clearly stated inflation goal of 2%. Actual inflation is below that target and headed lower. The Fed has also signaled its intention to raise interest rates later this year.

However, the impact of a rate increase is to strengthen the dollar, which is deflationary and pushes the Fed even further from its inflation goal. The Fed’s twin policies — inflation and a rate increase — are in conflict. The likely outcome is that the Fed will not be able to raise rates for the foreseeable future, perhaps not at all in 2015, and well into 2016.

Markets are currently positioned for a Fed rate increase. Once markets realize that the rate increase is not coming, there could be a dramatic reversal of the tendency toward a strong dollar. If the U.S. dollar moves lower, then it is likely the Canadian dollar will move higher. There cannot be any other result in the zero-sum world of currency cross rates.

Many analysts are focused on weakness in energy prices or weakness in the Canadian dollar or both. Certainly, the downward moves in recent months — over 50% for oil and 15% for CAD/USD — have been dramatic. But these moves didn’t happen in a vacuum. The energy price move was the result of strategic calculation by Saudi Arabia.

The currency move was the result of strategic calculation by the Bank of Canada. Once these dynamics are understood, it becomes clear that both moves may have run their course. Saudi Arabia will keep the price of oil from going much lower, and the Federal Reserve is getting closer to putting a cap on the U.S. dollar, which means a floor on the Canadian dollar.

Oil and the loonie are both probably near lows and look to move up from here. This presents attractive opportunities for U.S. dollar investors in Canadian assets. For carefully selected energy companies, U.S. investors have three ways to win — company fundamentals, stable energy prices and a rising Canadian dollar.

P.S. I’ve just released a new book called The Big Drop. It wasn’t a book I was intending to write. But it warns of a few critical dangers that every American should begin preparing for right now.

Here’s the catch — this book is not available for sale. Not anywhere in the world. Not online through Amazon. And not in any brick-and-mortar bookstore. Instead, I’ve gone ahead and reserved a free copy of my new book in your name. It’s on hold, waiting for your response. I just need your permission (and a valid U.S. postal address) to drop it in the mail.

Click here to fill out your address and contact info. If you accept the terms, the book will arrive at your doorstep in just a week or two. You’ll also get instant access to my latest Strategic Intelligence issue, where I outline two specific ways to profit from a rising loonie.