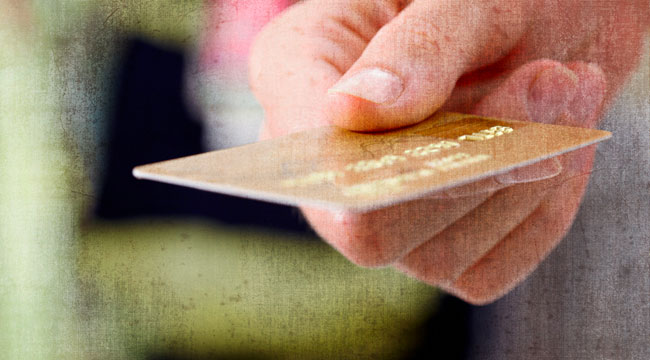 Money Can and Should Be Private Property

I was daydreaming over the weekend. The subject: notable intellectual epiphanies I’ve experienced in the course of my life.

These are moments when someone reveals something to you that shakes you up. It runs contrary to everything you ever thought possible. You resist it at first, but can’t come up with a proof to the contrary. Finally, you embrace it, even with some discomfort. As the insight settles in, the world seems like a different place. You never shake off an epiphany, and you don’t really want to. It haunts you forever.

Bitcoin is one of those. Well, not directly. But had it not been for another epiphany, I would have paid no attention to the gaggle of geeks and their squawking about some new Internet money.

I was 20 years old and studying economics, with a focus on monetary policy and how it should be conducted. Somehow, I came across a monograph by Murray Rothbard called “What Has Government Done to Our Money?” Most of the content was familiar. It told how central banks and inflationary policies reduce money’s purchasing power, and why a hard money system would be better than a paper money system.

All fine. Agree. But there was this small section in this book, only a few paragraphs long, in which Rothbard made the claim that shook me up. He said that government doesn’t need to be involved with money at all. Money came from the market and it can remain part of the market. Producers can mint money the same as other producers make food, shoes, and calculators. Money is just a good like any other. It should be fully restored to the market, and government should keep its mitts off it completely.

This blew my mind. Why? Because it seems outlandish. Everything we know about money as a thing involves government. Every bill has a politician’s picture on it. It is printed by the U.S. Treasury. Banking and monetary policies always involve big shots with power. It’s been true in my lifetime, my parents’ lifetime, and their parents’ before them. It’s true in the 19th century too, and all the way back to the Revolutionary War.

Hasn’t money always been this way? Look at the Bible, for example. Jesus was confronted with a Roman coin with a picture of Caesar. He asked to whom it belongs, and he gave a puzzling and even evasive answer. In this case, and in every other I had known, government and money just go together.

Well, there is another history that we aren’t taught in school. Money originated and was produced privately. It was only later taken over by government, and for obvious reasons. A government that controls the money controls the economy. It is in a position to devalue the people’s money and have a source of revenue without taxing people. It can pass out favors to powerful members of society.

In the 20th century, money was nationalized in all countries by governments. This happened in 1913 in the U.S. with the creation of the Federal Reserve. Government took ownership and gave control to a private cartel. The private cartel agreed to support the government. And in return the government would provide legal cover to the cartel to guarantee its stability and longevity. The rest of the history of depreciation and business cycles was already in the bag. It was just a matter of time.

But what about today? Is there really a way that money could be privatized again? Can we somehow restore sound money by making it privately produced and owned? Of course. Government only needs to get out of the way. Free enterprise would take over from there. How can we be sure? Well, money is rather useful. The private sector specializes in making and managing useful things.

Will it happen? Anything is possible, I suppose. But actually, there is no earthly reason to believe it will happen. The case for fundamental reform has been on the table for decades. The evidence that we need it is everywhere around us. But politics and scientific evidence don’t mix well. The political class and its financial backers do not want reform.

Without them, reform is not possible. It’s great to talk about the gold standard, but such talk is a pure abstraction in today’s climate.

Is there a ray of hope? Sure. James Cox in his excellent book Bitcoin and Digital Currencies: The New World of Money and Freedom (Laissez Faire Books, 2013) shows that there is a pattern at work here. Money first emerges as hard money. It is then taken over to become soft money, which the government then destroys. At this point, money gets reinvented by markets, and the cycle begins anew. He demonstrates the existence of this cycle from the ancient world to the present.

What form does sound money take in the digital age? Cox says it is digital. Bitcoin, then, represents the embodiment of a new private money — the Internet equivalent of the gold standard. It has all the properties of great money, but even improves on gold, because it operates as both a money and a payment system.

No money in history has managed to be both at once. This is because Bitcoin doesn’t have the storage and transport costs that other sound monies have had. With gold and silver, you need institutions to move the stuff around. You need institutions to process payments. You can exchange “peer to peer,” but it is cumbersome — and somewhat ridiculous in a global economy in which digital and universal trade is the norm.

This is why Bitcoin is so significant, and even epoch-changing. It deals with many problems at once. It solves the problem of having to trust third-party payment systems. It gets government out of the picture. It provides security for users by using the highest possible encryption standard for exchanges. It enables peer-to-peer exchange even in the absence of geographic proximity. And its surety as a money is even more uncompromisable than gold and silver, which have to be physically stored and can always be confiscated.

In Cox’s view, then, Bitcoin is the beginning of a new stage of monetary economics, one characterized by hard money. But it stands a greater chance of success than that which came before because it is protected against nationalization by government. Government can’t abolish math. It can ban math, but it won’t likely succeed. Similarly, it can ban Bitcoin, but Bitcoin won’t care. It is going to continue to grow and do what it wants to do.

So far, this is the best book to appear on the subject of Bitcoin, because it puts the innovation in the context of the whole of monetary history. This is a perspective we’ve so far missed. Cox argues that it is the new safe haven and, even more than that, it is advent of a new form of monetary freedom.

To be sure, Cox sees potential problems. The government can attack the exchanges — and indeed, government has already done this. There is a potential technical problem that we will encounter many years down the road when the mining stops (2140), and there is no incentive for transaction verification. Finally, Cox says that the real threat to Bitcoin’s future is not technological, but economic. Other currencies could come along that will make Bitcoin obsolete.

Had it not been for my epiphany when I was 20, when Rothbard proved to my satisfaction that money can be fully private, I would not have believed a word of this. I understand why some people are incredulous about digital currency. These same people have real doubts that markets can reinvent and manage money. Yes, in an age of nationalized money, such an idea seems crazy. But look at Bitcoin today and you see it happening already. A new world of money and freedom is already emerging.

Remember, too, that Bitcoin is only four years old. When the enterprise-driving portion of the Internet was four years old, Amazon.com looked like nothing impressive, and all the pundits were putting it down as an inevitable flop. So too for Bitcoin. Take a longer view. You might have an epiphany.