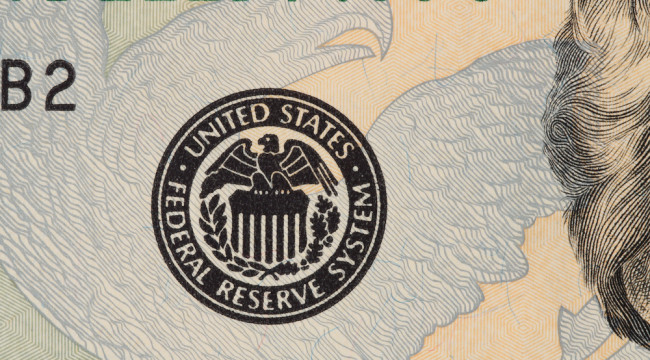 Markets, the Fed, and Asymmetry

As the S&P 500 index plunged from 2,128 on July 20, 2015, to 1,880 last Friday (a 12% decline; technically a “correction,” not yet a “bear market”), calls have emerged for the Federal Reserve to “do something” to halt the decline. At a minimum, investors and analysts urge to Fed to desist from their planned path of interest rate hikes to avoid further damage to stocks.

These calls were especially strident during the 11% mini-crash from Aug. 18 to Aug. 25, 2015 (following the Chinese shock devaluation of the yuan on Aug. 10), and the separate 11% air pocket from Dec. 29, 2015 to Jan. 20, 2016. (These drawdowns are not cumulative since there were significant market rebounds after each decline).

What those people expecting help from the Fed overlook is that the Fed doesn’t care about these stock market gyrations. While declining stock prices indicate tighter financial conditions, they are neither a determinant nor the object of Fed policy.

This reality takes some getting used to. From 2009–2013, the Fed very much cared about stock prices. Understanding this asymmetry in the Fed’s attention to stock markets — caring on the way up, but not caring on the way down — is crucial to a sound analysis of Fed policy in the coming year.

The Fed’s interest in rising stock prices following the panic of 2008 is well documented in academic literature and the Fed’s own pronouncements. It rests on two theories — the portfolio channel effect, and the wealth effect. Those two theories are causally linked.

The theory is that rising asset values create a so-called “wealth effect” that makes consumers more willing to spend and entrepreneurs more willing to launch job-creating enterprises. When there is a shortfall in aggregate demand, as there was in the wake of the severe 2007–2009 recession, the wealth effect is one way to restore demand and help achieve self-sustaining growth.

To have a wealth effect, you first need rising asset values (these can appear in stocks, real estate or other assets that serve as collateral for borrowing and leverage). This is where the portfolio channel effect plays its part.

Investors are assumed to have a portfolio of assets with various risks and yields. With zero return on safe assets (through the “zero interest rate policy” the Fed pursued from 2008–2015), investors are forced by the Fed to seek higher risk-adjusted returns by reallocating from safe assets such as bank deposits and Treasury bills into riskier, but higher-yielding assets such as stocks.

These theories are mostly nonsense. The academic research on the existence of the wealth effect is ambiguous at best. The better view is that the wealth effect is weak or nonexistent. Rising asset prices since 2009 have done little to stimulate aggregate demand. Annual growth rates have been stuck around the 2% range (well below potential), and have been weakening lately.

Moreover, the portfolio channel effect has negative externalities including the creation of asset bubbles. These bubbles seem likely to burst as the economy is going into a cyclical recession after seven years of steady, (if weak), expansion.

The Fed now has several reasons for reversing policy and discontinuing its efforts to pursue portfolio channel effects and wealth effects. The first, as mentioned, is fear of asset bubbles. The second is increasing doubt that the policies actually work as intended. The third is a growing sense that central banks have made it too easy for politicians to avoid structural reforms (in areas such as labor mobility, regulation, fiscal policy, infrastructure spending, and other efforts intended to remove impediments to capital formation and growth).

Theoretical deficiencies and limitations aside, the Fed did have confidence in these theories, and therefore had an interest in rising stock prices after 2009. But there is no symmetrical policy interest on the way down. Today the Fed is not trying to achieve a reverse wealth effect. They are not trying to cool down an overheating economy. They simply don’t care about asset prices.

The view that the Fed doesn’t care about falling stock prices is conditioned in two respects. The first is that the Fed does care about “disorderly” markets in general. The Fed will not intervene to halt orderly market adjustments to new policies, but it does grow concerned when market moves become panicky or disorderly in ways that can feed on themselves. In such cases, it may want to truncate market moves until orderly price discovery and repricing return.

The second qualification is the Fed cares if market movements are so extreme as to destroy collateral values in ways that cause spillover effects. These effects arise when leveraged investors experience margin calls in asset classes suffering large and unexpected price declines. In such cases, investors will sell “good” assets to raise cash to meet margin calls on “bad” assets that are now illiquid. This is how panic jumps from one market to another.

Putting these views and dynamics together, we can create a model of the stock market move required to divert the Fed from its announced path of four rate hikes per year of 25 basis points each. A key input to this model is a private conversation I had with Ben Bernanke in which the former Fed chairman told me, “The Fed doesn’t care if the stock market goes down 15%.”

Modeling this guidance requires some inference. What is the benchmark for starting the measurement of a 15% decline? What kind of drawdown looks disorderly regardless of the percentage decline?

The 15% benchmark is a rolling target measured from each new period of relative stability. In the summer of 2015, the 2,100 mark on the S&P was a stable level. Looking from today’s perspective, the 1,900 mark is the new normal.

The August move was a good case study. That was a seven-day 11% decline. It did not hit Bernanke’s 15% threshold, but it was disorderly (defined as a large, sudden price change with self-sustaining dynamics). That move did deter the Fed from raising rates in September.

Admittedly this model is subjective, inferential, and theoretical. On the other hand, it is based on actual experience and actual input from a former Fed chairman. Above all, it relies on the fact that Fed interest in asset prices is asymmetric. They care about rising prices when they want a wealth effect, but they don’t care about falling prices (absent extreme or disorderly moves).

So those are your guides. If the S&P hits 1,690 by next week or 1,615 by March 11 (just ahead of the next FOMC meeting), the Fed may sit up and take notice. Short of that, the Fed doesn’t care. They have other policy goals, and will remain on track to raise interest rates.

The “plunge protection team” is on leave of absence. Investors are on their own.