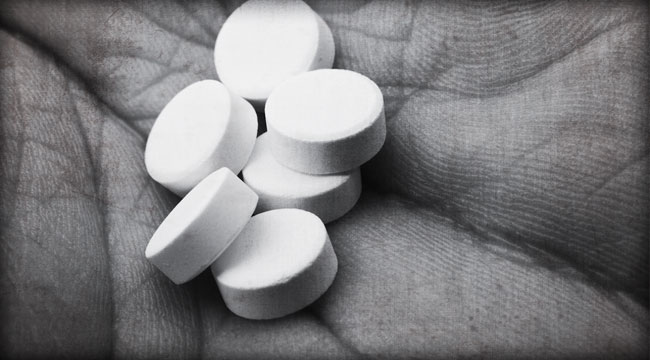 Killing the Pain in Your Portfolio

We mortals have been working on the problem of physical pain for about as long as we have been walking the planet. Not only does it hinder the enjoyment of our brief lifespans, but also the advancement of surgical medicine.

Emerging surgical know-how enabled physicians in centuries past to cure maladies with a deft use of the scalpel. Many patients, however, would often prefer to risk death than go under the knife due to the pain of surgery itself and its aftermath during healing.

In the West, that began to change in the 1660s when Thomas Sydenham, sometimes called “The English Hippocrates,” popularized an opium tincture called laudanum for pain relief.

Later, in 1804, German pharmacist Friedrich Sertürner was the first to isolate an active compound from the opium poppy. He called it morphine, after Morpheus, the Greek god of dreams. By the end of the century, it had become a popular means for dealing with postoperative pain.

Today, morphine is a mainstay in hospitals for dealing with pain after an operation. Formerly, patients would have had to call their nurses to give them an injection. Since morphine must be administered frequently after a major operation, this is a laborious and time-consuming process.

To facilitate post-op pain management, the current standard of care has moved to “smart” systems that consist of a morphine infusion pump and control system connected to an infusion line. When a patient begins to feel pain, they press a button and receive a small dose.

Morphine, however, suffers from drawbacks as a post-op analgesic. Anesthetics delivered during surgery depress the respiratory system. This causes shallow breathing and decreases oxygen levels in the blood.

And Morphine administered after surgery only increases the problem, and in extreme cases of respiratory depression, can cause death from asphyxiation.

Furthermore, intravenous delivery brings its own host of problems. It presents an infection risk, and tubing can be blocked by a kink or a patient who has rolled on the line. It can also cause localized reaction due to histamine release.

Patients are tied to an intravenous system. So they must be wheeled along with them if they need to use the bathroom, shower or engage in physical therapy.

Lastly, intravenous patient-controlled analgesic systems themselves leave much to be desired. They require the careful programming of several important parameters, such as dose, and locked-out periods between doses, by busy caregivers. Mistakes are easily made.

…there are biotech companies working on radically changing the way we deal with post-op pain.

What kind of mistakes?

A misplaced decimal point when programming a delivery device can lead to an underdose, causing inadequate pain control, or an overdose leading to respiratory depression and death.

How common is it?

The FDA reported that some 56,000 adverse events, including injuries and deaths, occurred from 2005-09, along with 87 recalls of infusion pump systems to address safety concerns.

And believe it or not…

Analgesic infusion pumps represent the largest source of morbidity and mortality of a technology overseen by the FDA. They also represent one in nine hospital errors is attributed to intravenous patient-controlled analgesia.

Not only does the current standard of care fall short from a patient safety standpoint, the shortcomings incur considerable additional health care costs, as one would expect.

According to a 2009 analysis published in the peer-reviewed journal Hospital Pharmacy titled “The Rate and Costs Attributable to Intravenous Patient-Controlled Analgesia Errors”:

Based on the mean cost of $733 per error, an error rate of 406.8 errors per 10,000 patients and a total of 13,011,647 patients who require PCA annually, it was estimated that errors related to IV PCA account for $388 million annually in additional health care expenditure for patients in the United States.

Fortunately there are biotech companies working on radically changing the way we deal with post-op pain. There is tremendous commercial potential for its painkilling technology. Postoperative analgesia is a multibillion-dollar global marketplace.

With additional pressures to reduce hospitalization costs due to badly overextended medical entitlement programs, this technology will save money and improve outcomes. Its long-term value proposition is perfect for these times.

Keep an eye on this space!

P.S. I’ll be covering this industry in more detail in future issues of Tomorrow in Review – a tech-centric newsletter that gives readers an in-depth look a the world’s most exciting technology stories. And in addition to their free subscription, readers are given several chances to discover actionable profit opportunities in every single issue. So don’t wait. Sign up for the FREE Tomorrow in Review email edition, right here.