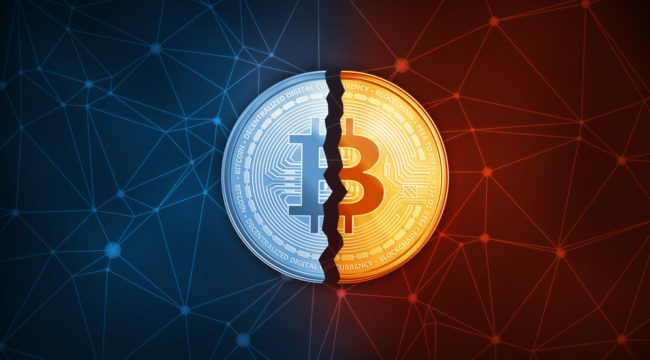 Has Jim Rickards Changed His Mind on Bitcoin?

My readers know I’m not a bitcoin proponent. I don’t deny that it’s made some people a lot of money, but I believe bitcoin is a massive bubble right now.

Yet it’s been reported in some circles that I’ve recently come out in favor of bitcoin.

Now, it is true that I’ve stated my belief in blockchain technology, which is the technology behind bitcoin and other cryptocurrencies. There’s great promise here. And despite what some critics may claim, I’m not some technophobe who doesn’t understand the technology underlying cryptos.

I know it very well. I’ve been studying cryptos since before many of their current owners even heard of bitcoin. I actually worked with the intelligence community to counter ISIS’s use of cryptocurrencies to bypass the international money system.

And in my opinion, the hype has run far ahead of reality. This is reflected in bitcoin’s meteoric and unsustainable rise. But again, I also believe blockchain technology is for real and has great potential. So just because I’m not a bitcoin cheerleader doesn’t mean I’m opposed to all blockchain-based cryptos.

(In a few weeks, I’ll actually be conducting a debate with leading cryptocurrency expert James Altucher. The topic will be gold versus bitcoin, and I can’t wait to give viewers the whole story. Stay tuned for details.)

Today, I want to talk a little more about how gold and blockchain technology could lead the world away from the dollar-based system…

Despite everything you may hear in the mainstream media, gold is as relevant as ever.

Russia and China, for example, have been accumulating thousands of tons of physical gold bullion for the last 10 years. That’s not news, of course.

What is news is that both countries are starting to make moves toward the end game of a gold-backed currency that completely bypasses the U.S. dollar payments system.

These moves are both geopolitical and monetary.

It looks like the Russians and Chinese read my book!

According to Russian government officials attending a recent monetary conference in Moscow, Russia, China and their BRICS allies are moving toward their own gold trading system (bypassing London and New York).

But unlike cryptocurrencies like bitcoin, this digital system is backed by gold.

Once that system is up and running, the BRICS can trade and settle oil, commodities, weapons, manufactured goods and the overall balance of payments without using dollars or Western financial intermediaries at all.

And from there, a global loss of confidence in the dollar is not far behind. Do you think bitcoin will win the most in this scenario?

It won’t. The big winner in all of this will be gold.

Below, my colleague and senior geologist Byron King shows you how Russia is stockpiling gold as a “fire escape” currency to bypass the U.S.-backed monetary system. Read on to see how this development will dramatically affect the price of gold in the years to come.