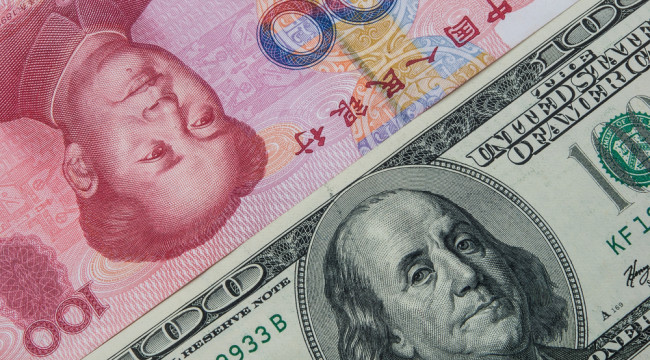 Japan and the Secret Shanghai Accord

One of my persistent critiques about Wall Street research is that analysts don’t get away from their desks enough. They spend all day staring at screens of data, streaming news, websites, blogs, etc., watching the same thing everyone else is watching. This stifles originality and creativity.

It also leads to “groupthink,” which is usually associated with everyone missing obvious dangers and walking off a cliff in lock step.

Even when Wall Street analysts do venture out, it’s to visit clients in skyscraper offices with canned presentations and programmed scripts. The dialogue is stilted. It’s still an echo chamber, just a little further from home.

For real insights into foreign markets, it is necessary not only to travel but also to meet with local experts in informal settings.

It’s also important to get out of the major metropolitan centers and visit other cities. Riding trains and taxis, shopping locally and dropping into informal venues can all give important clues (positive and negative) about how an economy is doing and how local actors view it.

This approach to foreign travel and research has huge payoffs when a local elite reveals some critical piece of information that is simply not available online. Such insights are unknown to the Wall Street crowd, and understood by very few in the source country.

Often these revelations take place over drinks or dinner, away from the downtown office buildings. I’ve traveled from the Sahara desert to the Australian Outback and beyond and have never gone anywhere without returning with some valuable clue that the crowd is missing.

We use the insights gained on such trips to make our best recommendations and reveal our high-profit potential trades to you and other readers of Intelligence Triggers.

Our team included our publisher, Peter Coyne, me; and several colleagues. We visited Tokyo and Kyoto and met with local elites in finance, media and economics. It was an extremely fruitful trip.

One of the reasons these visits are so important has to do with the analytical method we in our Intelligence Triggers service.

We use a centuries-old applied mathematical technique called inverse probability (also known as Bayes’ theorem, after a formula first discovered by Thomas Bayes). The formula looks like this in its mathematical form:

In plain English, this formula says that by updating our initial understanding through unbiased new information, we improve our understanding. I first learned this method in the CIA, and we use it today to find actionable trading recommendations for you.

The left side of the equation is our estimate of the probability of an event occurring.

Economic and market forecasts inevitably involve uncertainty and risk. Conventional statistical analysis relies on massive amounts of data used in regressions that search for correlations (which may or may not imply causation).

But what happens when you don’t have piles of data? How do you gain insight and reach sound conclusions when data are scarce?

Lately, market chatter has tended to focus on China and the relationship between the Chinese yuan and the U.S. dollar. Substantial attention has also been paid to Europe and the ECB’s handling of the euro.

Japan has tended to be overlooked in this mix. That’s a mistake because Japan is still the third-largest economy in the world and, unlike China, is a highly developed technological economy with massive overseas investments and complex supply chains.

Japan has been suffering an economic depression for almost 30 years, with technical recessions and periodic deflation along the way. Fundamentals are poor, with a debt-to-GDP ratio over 200% and an aging and declining population.

The Japanese government bond market is well into negative interest rate territory. Negative rates appear to be having the opposite effect of what policymakers intended, slowing the economy even more.

In plain English, Japan is a mess.

On the other hand, analysts have been saying the same thing for decades.

The Japan story keeps getting worse, but there’s nothing really new about the debt and demographic trends. Investors have been shorting Japanese stocks and bonds for years and getting their fingers burned. So much money has been lost shorting Japan that the trade is nicknamed the “widow maker” by professional traders.

Using our inverse probability technique and some facts we learned on the ground in Tokyo and Kyoto, we have picked up some specific actionable information that tips the odds in favor of a short equity position, at least for the time being.

This information involves the secret “Shanghai Accord” reached on the sidelines of the G-20 central bankers meeting in Shanghai, China, on Feb. 26.

The situation confronting the central bankers was the following: China needs to devalue its currency to rescue its economy. But the last two times China devalued against the U.S. dollar (August 2015 and January 2016), the U.S. stock market sank like a stone. This threatened to set off global financial contagion that could lead to a repetition of the 2008 panic, except worse. The challenge was to find a way to give China some currency relief without igniting a global stock market collapse.

The solution is to recognize that the U.S. dollar and the Chinese yuan are not the only two currencies in the game. China has a larger combined trading relationship with Japan and Europe than it does with the U.S. The secret plan devised by the central banks has three parts: Tighten in Europe and Japan, ease in the U.S. and maintain the U.S.-China peg.

By maintaining the U.S.-China peg, markets would not panic about Chinese devaluation. In fact, by easing the U.S. dollar, China could ease the yuan and still maintain the peg. It’s just a case of follow the leader.

Meanwhile, the stronger euro and yen gave China competitive relief in its trading relations with those trading giants.

Voilà! The Chinese got currency devaluation, and the world hardly noticed.

How do we know this? After all, this plan was never publicly disclosed.

The secret summit took place on Feb. 26. Our hypothesis was that a plan to give China some relief was on the front burner. What subsequent facts enabled us to update the hypothesis (as Bayes’ theorem requires) to confirm or contradict the hypothesis?

We used the following:

From an analytic perspective, the case is overwhelming. We had four powerful confirmation points and no contrary evidence. The odds of these four critical events happening in a short time frame without coordination are miniscule. The odds in favor of the existence of the Shanghai Accord are high. There has been no official denial.

Developments like this are meant to be long lasting.

Based on the Shanghai Accord and the dynamics of currency cross-rates, we expect the strong yen trend to continue for several years. That’s bad news for major Japanese corporations.

The largest corporations in Japan may be based there, but they derive most of their earnings overseas in the U.S., China, Korea, Taiwan and Europe. This means that when overseas earnings are converted back into yen, those earnings are worth less because of the stronger yen.

One way for you to profit from the secret Shanghai Accord and the new “strong yen” phase is to target a major Japanese company with a global footprint, too much debt and weak fundamentals.