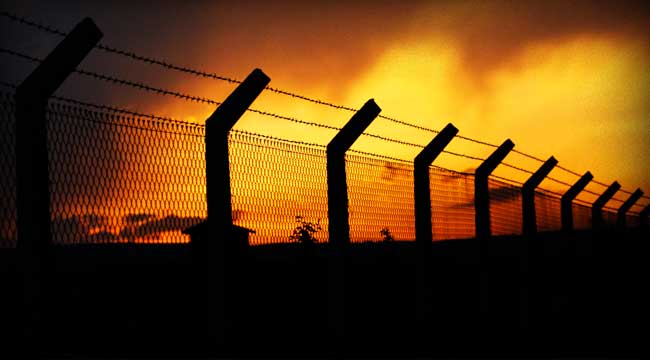 It's Time for Private Defense

The Cleveland Police Department took plenty of criticism when three girls that had been missing for a decade escaped captivity mere miles from their homes. Ariel Castro secretly held the girls hostage for years doing unspeakable things to them. In November 2001, a neighbor called the police when he heard screaming at the Castro home, but officers left when no one opened the front door.

Other neighbors say they called upon seeing women in the property’s attic window, but police say they have no record of the call. Various neighbors say they alerted the police to seeing leashed, naked women in Castro’s backyard. There were even reports that pounding could be heard coming from within the house and that plastic bags covered the house’s windows. The police mostly ignored the tips, the neighbors claim.

Yet if the Cleveland Police Department had believed and convinced a judge that there were drugs being consumed or sold in the Castro home, a battering ram would have collapsed the front door years ago. A dozen cops from various agencies would have stormed the place. Police don’t take those kinds of chances with a less sexy crime like kidnapping.

So while government maintains a monopoly on policing power, its finances don’t allow it to do the job adequately. Police departments prioritize chasing drugs, cash, and terrorists. Because of asset forfeiture laws, those are the crimes that pay. Pay the departments, that is. Mark Naymik writes in the Cleveland Plain Dealer that neighbors sensed that something was wrong at the Castro residence and that patrolling cops would have noticed the same thing if there had been any.

“At the moment, the hum of criticism on Seymour Avenue is about the subtle signs, such as the lowered shades or odd behavior of Castro and how he never entertained guests,” he writes. “These are the kinds of signs that police officers who patrol a specific beat over time might notice or hear about from neighbors. But that kind of patrol disappeared when community policing ended.”

The police union explained in a letter to the editor for The Plain Dealer back in 2010, “The Cleveland Police Department has never recovered from the 2004 downsizing of 252 police officers. We have been working with no Auto Theft, Community Policing, or Gang units.”

If you had to prioritize, one would think protecting against property theft and violence would be a priority. Guess not.

With these restraints in place all over the country, one would guess the criminal justice system would be lacking for participants. Hardly.

America has 5% of the world’s population and 25% of the world’s prisoners. America’s prison and jail incarceration rate is the highest in the world at 756 per 100,000 people. Russia is comfortably in second at 629, followed by countries not exactly known for their freedom, like Cuba, Belarus, Belize, Georgia, Kazakhstan, Suriname, South Africa, Botswana, Israel, Ukraine, and Chile.

So while municipalities are low on money, relegating “protecting and serving” to the back seat, Washington is dishing out plenty of money to fight the war on drugs. The Drug Policy Alliance estimates that $51 billion each year goes to fund the unwinnable war. The group estimates that $1 trillion has been funneled to the drug war over the past 40 years. That kind of money would put a lot of cops on the beat.

All of that money hasn’t changed drug addiction rates a lick. However, we now have 2.2 million people behind bars. According to The Sentencing Project, that’s a 500% increase over the past 30 years.

In 2011, just short of half of federal inmates were locked up for drugs. Also, the prison population continues to age. And 39% of state and federal prisoners were age 40 or over. Prisons must now be outfitted with wheelchair ramps and handrails, not to mention a well-supplied medical staff.

“All inherently wrongful conduct has been criminalized several times over, yet from 2000-07, Congress enacted 452 new criminal offenses.” Heritage estimates that 60% of new crimes “have inadequate criminal-intent requirements.” In other words, people have no idea they are committing crimes by breaking these statutes.

So while thousands are being locked up for bureaucratic made-up crimes, Ariel Castro was able to perpetrate multiple violent crimes against at least three young women undetected in a residential neighborhood for a decade.

Could such an inept provider of criminal justice and defense survive in a private society? Of course not. In his classic book The Great Fiction, Hans-Hermann Hoppe explains that collective security is a myth and “that all security is, and must be, private.”

The Hobbesian view is that without the state, men would be in a constant state of war with each other. It is argued that defense must be provided collectively. However, once the government becomes one big protection racket, it will have every incentive to become larger and larger.

The state police force operates under political objectives. If drugs and vice are demonized and politicians see political advantage in arresting drug addicts and prostitutes, that’s where the priorities will lie.

Hoppe, on the other hand, sees a world in which insurance companies provide defense. After all, they have the most to lose with the loss of life and destruction of property. Without the mirage of collective security, individuals would have incentives to act in a peaceful, nonaggressive manner, allowing them to more easily be insurable.

This may sound complicated, but over time, insurance costs would fall and contracts would standardize. Hoppe writes, “Out of the steady cooperation between different insurers in mutual arbitration proceedings, a tendency toward the standardization and unification of the rules of procedure, evidence, and conflict resolution… and steadily increasing legal certainty would result.”

Because everyone would have protective insurance, they “would be tied into a global competitive enterprise of striving to minimize aggression (and thus maximize defensive protection), and every single conflict and damage claim, regardless of where and by or against whom, would fall into the jurisdiction of exactly one or more enumerable and specific insurance agencies and their mutually defined arbitration procedures.”

Something as important as life and death can’t be left to the whims of government officials that prioritize assets for political considerations. It’s a miracle the three women abducted and imprisoned by Ariel Castro survived. And while the state may get its pound of flesh from Castro, there will be no restitution to the victims.

It’s time to allow the miracle of the marketplace to keep citizens safe and sound. Until then, the state remains Mr. Castro’s accomplice while it imprisons thousands for victimless crimes.