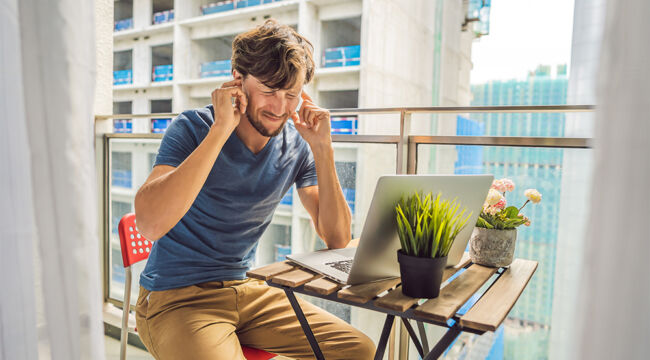 Finally, the pundits and government people get a positive GDP report they can get excited about. Q3 GDP grew at a 2.6% annualized rate, according to the Bureau of Economic Analysis (BEA).

Happy days are here again, folks! And right before the midterm elections, no less.

But in reality, the report is basically noise. As Mark Zandi, chief economist at Moody’s Analytics, says:

If you take a step back and look at GDP, it’s gone effectively nowhere over the last year. One quarter or two it’s down a bit. This quarter it’s up a bit. But net-net, we’re kind of treading water.

Housing is slumping, and 30-year mortgage rates exceeded 7% for the first time since the early 2000s.

Real final sales to domestic purchasers, which subtracts more volatile factors like government spending and trade, grew at an annualized rate of 0.1%. That’s a major deceleration from earlier this year, when it increased by 2.1%. The trend is not your friend in this case.

Meanwhile, the personal savings rate has fallen to 3.3%, indicating consumers are tapped out as they have to dip into their savings to try to keep up with inflation.

The makeup of GDP isn’t necessarily as positive as it looks on the surface. It’s more of a one-time boost than growth that is likely to continue.

The fact is, GDP as a statistical measure of economic growth is a hot mess. When government spends money, it counts as growth. When businesses sustained by subsidies flop, it counts as shrinkage, even though that frees up resources. Even trade deficits that count into the mix of GDP such as exports are good and imports are bad (if you missed yesterday’s Daily Reckoning, I suggest you check it out here since it highlights the misleading nature of GDP reporting).

So don’t read much into yesterday’s GDP report. And the fact is, the economy should have been rebounding like crazy following the forced closure of economic life two years ago, one that lasted for 20 months in many places.

In other words, even if you accept the idea that the economy grew at 2.6% last quarter, that’s still extremely disappointing, considering where we’ve been.

We should have been in a huge period of massive economic growth by now. We are talking late-19th-century levels. There’s no excuse. All the government had to do under these conditions was take its hand off the controls. But of course, that’s not what happened.

The Biden administration has been brutal in its tax plans, regulatory impositions and daily threats against fossil fuel, crypto and just about everyone. And then there’s the war in Ukraine — the U.S. government is doing its best to make it last and last — and its further wrecking of supply chains. The result should not surprise us.

Another factor relates to market psychology. The fact is that governments all over the country fundamentally attacked property rights and free enterprise. That sends a signal to all would-be investors: No one’s businesses are wholly safe in the long term.

This explains why so much investment that is taking place right now is not based on long-term commitment, but rather on a short-term hope to make a buck and move on. Inflation only intensifies that problem.

But let’s be clear. There is no such thing as sustainable property without long-term security in capital ownership. Without that, we are on a slow trajectory toward Haiti, a place where everyone works hard but wealth somehow never manages to accumulate and become mighty.

One major factor that makes this inflationary recession different from any we’ve seen before is the weird labor shortage. Ask anyone why it is happening. No regular person seems to have an answer. Where are the workers? Some 3 million are just missing. Businesses don’t understand it and the media aren’t even curious.

Here’s a picture of the entire postwar period:

See that little dogleg at the end? That’s where we are, not recovered. How precisely can we account for this?

It’s Just Not Worth It

The Chamber of Commerce has produced a remarkable analysis of this that has received very little or no attention at all. “There’s not just one reason that workers are sitting out,” the Chamber writes, “but several factors have come together to cause the ongoing shortage.”

Here’s a reason we are not hearing about this: The explanation falls along gendered lines.

One-third of nonemployed women said that during the pandemic lockdowns, they had to leave the workforce to care for children or other family members. They left and did not come back.

As for men, a quarter said that their industry was suffering and good jobs just didn’t make coming back worth it.

Drill down a bit more and you find that unemployment benefits, stimulus checks and shifted financial priorities have meant that people have been able to live off the largess. People moved in with Mom and Dad. They curbed their ambitions.

The $4 trillion added to U.S. savings accounts over two years meant that people just decided to get by. Two-thirds of workers who aren’t working report that they can earn more from unemployment than from wages. Of course, now their savings are dwindling.

What about the future? Most men will eventually come back to work. Not so for women: One-third have said they are better off tending to home matters, rather than fighting in the rat race of modern employment, especially with school and childcare so sketchy.

Are Women Abandoning the Rat Race?

Finally, we have early retirement. Many people in their late 50s just decided to take their pension and go. And get this:

Additionally, women are participating in the labor force at the lowest rates since the 1970s. In the spring of 2020, 3.5 million mothers left their job, driving the labor force participation rate for working moms from around 70% to 55%. This number is improving — but it has not fully rebounded.

Now do you see why we haven’t heard about this? Incredibly, the pandemic response wiped out 50 years of what “feminists” used to call “gains for women!”

We are back to the point that fewer than half of married women with children are in the workforce. That there is zero mention of this astonishing fact in the public press is absolutely remarkable.

It’s an indication of just how much is being covered up.

Lower labor force participation is certain to have an effect on GDP. Supply chain snarls add to it. Rising interest rates threaten many industries. I’m completely at a loss to understand how anyone thinks that one quarter of positive growth means things will get even better in the next reporting quarter.

I strongly suspect they’re in for a rude awakening.