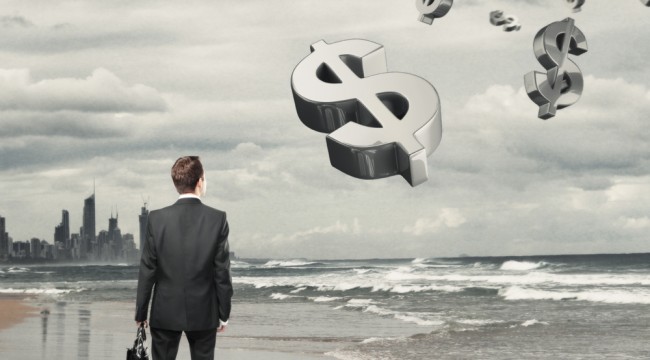 Why a Return to Sound Money is Nearly Impossible

My interest in the world of politics began in large part on Sunday, August 15, 1971. For decades, I, like all Americans, had lived in a country where it was illegal to own gold. The idea probably seems preposterous today, but there was a time when the government seized all the citizens’ gold and declared gold illegal to own.

It had not even taken a decade for the entirely unbacked fiat paper dollar Nixon created to wreak serious economic havoc.

From that point on, even the paper currency in circulation was no longer backed by gold. Then, on a Sunday in 1971, President Nixon severed the last remaining link that Americans had to gold as money: he closed the international gold window, which allowed foreign governments to exchange 35 paper dollars for one ounce of gold. That was the last day that money had any value apart from the will of government. And nobody seemed to care.

I was very concerned about the government’s mishandling of money and what it meant for the U.S. economy and for our freedom. I started looking for ways to restore sound money to the people, or at least allow them to legally own gold again.

As I became more involved in trying to legalize gold ownership, I had the opportunity to meet some of the world’s most eminent free market economists, including Ludwig von Mises, Friedrich von Hayek, and Murray Rothbard. Being able to meet and learn from such brilliant minds was enlightening not just in terms of learning sound economic theory, but also in learning how to spread that message to the American people.

When my local Congressman stepped down in the middle of his term, I decided to run for his seat, thinking that the worst that could happen was that I would win. As luck would have it, I did win that special election, and won three more terms starting in 1978, at a time when America was facing high inflation, high interest rates, and high unemployment.

It had not even taken a decade for the entirely unbacked fiat paper dollar Nixon created to wreak serious economic havoc. Americans were searching for answers, wondering why the economic system that had been touted as bringing economic growth and liberation from the strictures of gold was now responsible for the most severe and longest-lasting economic crisis since the Great Depression.

From the very beginning of my service as a Congressman, I sought to use my office as an educational platform to make Americans aware of the intrusions and depredations of the federal government. Monetary policy had always been an issue that deeply concerned me because of the importance of sound money to a free society.

My involvement with the Austrian School of economics reinforced the importance of sound money, as the Austrian theory of the business cycle — the booms and busts in the economy — accurately explained the disastrous consequences of unsound, fiat money; consequences from which we were actually suffering. And so I tried to educate the American people about monetary matters.

As a member of the Gold Commission, I supported returning to the use of gold as currency. Along with Lew Lehrman, I submitted the Commission’s minority report, a dissent from the majority opinion which had affirmed the status quo. This report was later published in book form as The Case for Gold.

After a long hiatus, I returned to Congress in 1997 and rejoined the Banking Committee, finally acceding to the chairmanship of the Domestic Monetary Policy Subcommittee (DMP) in 2011 — the subcommittee with jurisdiction over the Federal Reserve and the nation’s money. Chairmanship of that subcommittee was the only position in Washington I had ever wanted, and for many years it seemed that I would never achieve it.

When I returned to Congress in 1997, my previous terms of service were not accepted towards my seniority, and so I had to start all over again at the bottom of the heap. Then every time that I seemed to be in line for the chairmanship, something came up and denied me. One time it was a more senior member joining the committee, another time two subcommittees being merged, but the result was always that I ended up excluded from consideration.

There are some who have expectations that a single Congressman can single-handedly stop unconstitutional legislation or fix all that is wrong in Washington. When I became chairman of DMP there were probably many who expected that I would somehow stop the Federal Reserve’s loose monetary policy and bring the Fed to heel. I wish I could.

It takes numbers to achieve legislative success, and the numbers are not behind sound money.

It takes numbers to achieve legislative success, and the numbers are not behind sound money. Instead of focusing on what is good for the country, too often members of Congress are more concerned with scoring political points, managing their public image, or maintaining their good standing with party leadership.

Because of this state of affairs, I realized that a single Congressman could do very little legislatively to advance the cause of liberty. Even holding the chairmanship of DMP, the subcommittee with power over the Federal Reserve, would afford little opportunity to actually rein in the Fed, when the House is stacked against us, so to speak.

What the chairmanship of DMP did allow me to do is something I have always thought to be necessary in everything I have tried to do: educate. It is impossible to talk about reform when people know nothing about the system that is to be changed or the options for changing it. So we attempted to bring light to the important issues of money that had not been discussed in the halls of Congress for decades.

In our hearings we examined the problems with the current monetary system; the relationship between the Federal Reserve and government debt; the negative impact of easy money on the economy; the creation of the boom and bust cycle; and the suffering caused by the false prosperity of cheap credit.

We examined the problems of our fractional reserve banking system, the impediments to sound money emerging from the marketplace, and even the abolition of the Federal Reserve. Through my congressional office we brought in speakers to lecture staffers from other congressional offices on the history and politics of money — lectures which have now been viewed by hundreds of thousands on YouTube.

Even with this focus on education, the Subcommittee did not neglect its oversight duty. We managed to conduct more oversight in one Congress than in the three previous Congresses combined.

We held hearings about the Fed’s actions during the financial crisis, its uncollateralized swap lines with foreign central banks, and explored the status of U.S. government gold holdings — consisting mostly of the gold seized from the American citizens when gold ownership was outlawed. (Our inquiries seem to have prompted the U.S. Mint to undertake an audit of the gold held at the Federal Reserve Bank of New York, which has not been done since the gold was first placed into that vault many decades ago.)

Of course, there is much more that might have been endeavored but could not, given our limited time and resources. For that there will always be some regret.

Noble Laureate Friedrich Hayek said that “…all those who wish to stop the drift toward increasing government control should concentrate their effort on monetary policy.” Through my time in Congress, my brief chairmanship of DMP, and my various other ventures, I have always sought to follow this advice.

Ed. Note: Dr. Paul’s beat is education… and our beat is helping you take action. That’s why we write the Daily Reckoning email edition… In every issue, we provide readers with no less than 3 opportunities to discover real, actionable ways to profit in any kind of market. If you’re not getting the Daily Reckoning email, you’re only getting half the story. Don’t miss out. Sign up for FREE, right here.