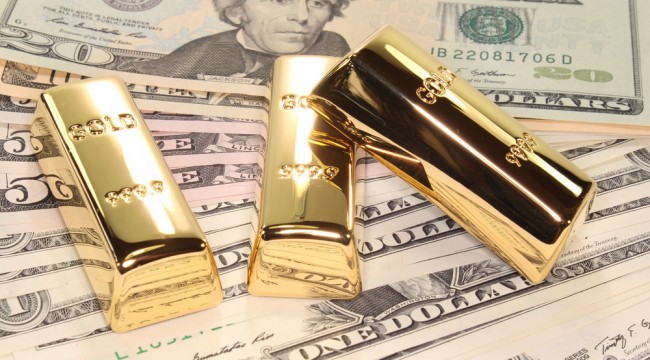 How to Perfect the "Least Imperfect" Monetary System

Out of the “currency wars” of the 1930s, and then World War II, came a shared dream among the non-communist states: to establish a stable economic environment for business and trade.

The U.S. dollar was officially linked to gold at $35/ounce, its gold parity since 1934. Other currencies were linked to the dollar at fixed exchange rates, which effectively meant that they were linked to gold as well. The Japanese yen was 360/dollar, year after year. (360*35=12,600/oz.) The German mark was 4.20/dollar.

Alas, the Bretton Woods system also had many problems — problems that were inherent in its creation.

In June of this year, former Federal Reserve chairman Paul Volcker spoke at the annual meeting of the Bretton Woods Committee, and pined for the world in which he grew up and began his career.

Volcker was under-secretary of the Treasury for international monetary affairs from 1969 to 1974. The U.S. ended the Bretton Woods’ system’s official link to gold in 1971, and the system’s final dissolution was in the spring of 1973.

That would give you quite a perspective on the evolution of things since then. His conclusions?

“By now I think we can agree that the absence of an official, rules-based cooperatively managed, monetary system has not been a great success. In fact, international financial crises seem at least as frequent and more destructive in impeding economic stability and growth. …

“That is all a long introduction to a plea — a plea for attention to the need for developing an international monetary and financial system worthy of our time.”

The rules of the “rules-based” Bretton Woods system were clear: the dollar was linked to gold at $35/oz., and other currencies were linked to the dollar, thus effectively linking them to gold as well.

If it’s that simple, and the results were good — the Bretton Woods era of the 1950s and 1960s was probably the most prosperous of the 20th century for the United States — then why not just recreate it?

Alas, the Bretton Woods system also had many problems — problems that were inherent in its creation.

The proper way to operate a gold standard system, and the proper way to institute fixed exchange rates with other currencies, is through what amounts to a currency board-type system. The daily operation of the system is automatic. There is no central bank policy board, interest rate policy, or anything of that sort. We have many currency boards in use today, and they work fine, as long as the proper operating principles are adhered to.

These currency board systems allow unimpeded foreign trade and capital flows, with no problems whatsoever.

But, that is not what the organizers at the Bretton Woods conference wanted. The idea of “central planning” of an economy was popular. The conference was held during wartime, when in fact even the U.S. economy was organized along lines not so much different than the Soviet system.

Rather, governments wanted to also be able to “manage” their economies through what amounts to funny-money manipulation — interest rate targets, monetary or credit growth targets, unemployment targets, trade balances, or other such things.

These two impossibly contradictory goals could only be sustained with heavy capital controls, and even then there were periodic currency devaluations. The British pound, once the world’s beacon of currency stability, was devalued in 1949 and 1967. The French franc was devalued twice in 1948, twice again in 1949, and again in 1957, 1958, 1960, and 1969.

The U.S. was playing the same game — trying to reconcile a “domestic monetary policy” of funny-money manipulation with an “external monetary policy” of fixed exchange rates — and, just as had been the case repeatedly in Britain and France, got to the point where it had to make a decision. Either the U.S. had to give up its funny-money ambitions, and return to the stable-currency discipline implied by the gold standard parity of $35/oz., or it would have to devalue.

Nixon devalued. At first, he wanted a devaluation like Britain or France, or the U.S. in 1933 — to re-establish the dollar’s gold parity at a lower value. In the Smithsonian Agreement of December 1971, only four months after the devaluation, the dollar’s new gold parity was supposed to be $38/oz. But, the Nixonites didn’t want to abide by the necessary gold-standard operating principles, at $35/oz., $38/oz., or at any gold parity. Fed chief Arthur Burns’ printing press was Nixon’s 1972 re-election strategy (it worked). In effect, the dollar had become a floating currency.

Thus, if we are going to meet again at a mountain resort hotel and build a new world monetary system (I suggest Davos), it would be good to review the failures — and successes — of the past.

First, the successes: the Bretton Woods gold standard system did indeed provide the monetary foundation for peace and prosperity throughout the world, for as long as it lasted. This was a bountiful time, for all levels of society.

Second, the failures: the notion of combining a “domestic monetary policy” of funny-money manipulation with an “external monetary policy” of a gold parity or another fixed-value system was a total failure, even with the imposition of quite a lot of capital controls. This impossible contradiction led to the breakdown of the system in a brief 27 years, in the midst of peace and prosperity.

Third, the construction of the Bretton Woods system, with its extreme reliance on U.S. dollar “reserve currency” assets instead of a direct link with gold bullion for currencies worldwide, was needlessly fragile. Although Britain and France devalued without any major repercussions beyond their borders, when the U.S. floated the “reserve currency,” the entire system blew up.

It would have been better for each country to have an independent link with gold bullion, and not be dependent on any “reserve currency.” This is much more robust, and has no particular difficulties.

Although I think most mainstream academics are still rather confused by the Bretton Woods era (as were economists who lived during that time), these basic problems are nevertheless well-recognized.

Lewis Lehrman was a member of the Congressional Gold Standard Commission of 1981, and co-author of the 1982 book A Case for Gold with co-commissioner Ron Paul. Although perhaps best known for his stint as the president of Rite Aid until 1977, he was also a managing director of Morgan Stanley during the 1980s.

…even the idea that the system was, fundamentally, a gold-based arrangement became little understood.

More recently, he summed up his proposals in the 2012 book The True Gold Standard. The title continues: “A Monetary Reform Plan Without Official Reserve Currencies.”

The True Gold Standard actually contains a proposal for a U.S.-led international conference rather like the one at Bretton Woods. However, Lehrman’s proposal eliminates the excessive reliance on “reserve currency” assets such as U.S. dollar-based debt, and proposes a direct link to gold for participants, as was more often the case pre-1913 (although there were reserve-currency-based systems then too).

Lehrman’s proposal also includes a provision for “redeemability” of dollar base money into gold coin and bullion, and vice versa, on demand for all dollar users. This is a basic element of contemporary currency board systems, and also of historic gold standard systems.

The Bretton Woods system had it in the form of bullion redeemability for foreign central banks at the London gold market. However, gold bullion and coins had been made illegal for U.S. citizens to hold beginning in 1933, which continued to 1974.

This was another major flaw in the Bretton Woods system, not only because it eliminated the basic operating mechanism of historic gold standard systems (redeemability), but because even the idea that the system was, fundamentally, a gold-based arrangement became little understood. This was a major political cause of its eventual breakdown.

With a focus on redeemability as a basic operating mechanism of the system, Lehrman’s proposal would avoid the basic contradiction that eventually blew up Bretton Woods: trying to combine both a Classical stable-money and Mercantilist funny-money approach in one ugly disaster.

We could have another Bretton Woods-like conference, followed by another two decades — better yet, two centuries — of peace and economic abundance.

But, we better understand what we’re going to talk about once we get there.

Ed. Note: There’s no telling what sort of monetary system the central planners will come up with next. But you can bet it won’t be perfect. That’s why it’s imperative that you take steps to safeguard and grow your wealth no matter what system is in place. And there are several simple ways for you to do just that. Simply sign up for the FREE Daily Reckoning email edition, and you’ll gain access to an entire library of FREE reports — on everything from biotech breakthroughs to sound money policies — that are almost guaranteed to help you live a wealthier life than you ever thought possible. Sign up for FREE, right here to gain access.