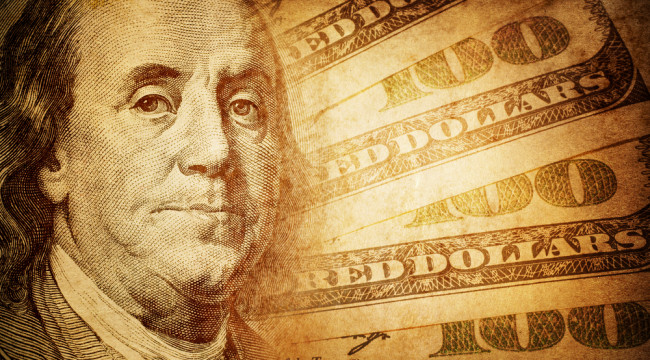 How to Be Your Own Central Bank

‘Fedspeak’ was first used to describe the long, often vague statements by Alan Greenspan on changes in Federal Reserve policy. In fact, Greenspan claims opaque answers to straight forward questions were part of the job as he did not want to make markets overreact. In his words, “What tends to happen is your syntax collapses… All of a sudden, you are mumbling. It often works. I created a new language which we now call Fedspeak. Unless you are expert at it, you can’t tell that I didn’t say anything.” Recently, in a departure from ‘Fedspeak’, Central bankers around the world have made their intentions known about how they plan to manage their foreign exchange reserves, giving investors a rare glimpse into how to manage their own portfolios.

Daniel Mminele, Deputy Governor of the South African Reserve Bank, recently gave his view on the impact of the Federal Reserve tapering of its bond purchases. He believes that asset purchases by the Fed have significantly elevated prices for US Treasuries. With more than 60% of South African foreign exchange reserves held in US dollars, he has a lot to lose. To lessen the impact of tapering, the South African Reserve Bank will be diversifying into new asset classes and new currencies outside of the US dollar. In simpler terms, tapering will lower the value of their reserves and they are beginning to move out of US dollar assets now.

Further clarity came from the European Central Bank’s Mario Draghi when asked by Tekoa da Silva recently his thoughts on gold as a reserve asset he responded, “I never thought it wise to sell it [gold], because for central banks this is a reserve of safety… it gives you a value-protection against fluctuations against the dollar. So that’s why central banks which have started a program for selling gold a few years ago, substantially I think stopped… most of the experiences of central banks that have leased or sold the stock of gold about ten years ago, were not considered to be terribly successful from a purely money viewpoint.” That is a surprisingly clear endorsement of gold as an asset for central banks – no ‘Fedspeak’ here – and a clear endorsement for banks to hold some gold.

In contrast to the recent directness from The Reserve Bank of South Africa and the candid comments from Mr. Draghi, we move to the ‘Nospeak’ policy on gold from China. The last time China reported gold holdings was in April 2009 with 1,054 metric tons. However as we have opined previously “you have to watch what they do, not what they say”. China is on pace to consume a record amount of gold this year, which may be partly due to the central bank diversifying its foreign-exchange reserves.

The continued legislative wrangling and a possible debt default next year have only deepened concerns about the outlook for the US dollar and Treasuries. But you won’t hear that from the Peoples Bank of China. While officials have vehemently denied adding to their gold holdings, trade statistics tell a different story. As of September 2013 China has imported a total of 826 tonnes so far this year, double that of the first nine months of 2012, well on the way to being the largest consumer of gold in 2013.

It is hard for us to believe that none of this gold has found its way to the Peoples Bank of China. In fact, Andrew Cosgrove and Kenneth Hoffman of Bloomberg industries estimate that Chinese central bank holdings are likely closer to 2,710 metric tonnes – a significant increase over their disclosed amount. But no clarifying statements are expected from the Chinese any time soon.

If we were to cobble together the advice from Mr. Mminele, Mr. Draghi and the ‘Nospeak’ implications from the Chinese, we can create a ‘how-to-manage’ your own portfolio manual just as central banks do:

This is sage investment advice from the world’s top bankers, which unfortunately, they will never share with you.

Note: This originally appeared over at Sprott’s Thoughts

P.S. Readers of The Daily Reckoning email version get all sorts of great tips on protecting your wealth and personal liberty from rising taxes and invasive government. Subscribe today by clicking here.

David Franklin is a market strategist for Sprott Asset Management. A frequent guest speaker at conferences across the globe, David has also been featured in numerous newspaper articles and television shows, providing insights on the ever changing financial landscape. David is also a former director of a publicly listed Australian gold company.