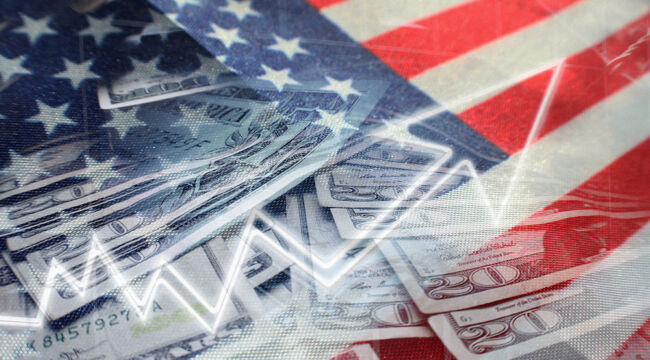 Then why would he trust the government to mind his money?

“Man needs more to be reminded than to be instructed,” argued Samuel Johnson.

A man knows his nose squats in the middle of his face. He looks right past it just the same.

Long-suffering readers are familiar with our… diminished regard for paper money.

Paper money — or digital money nowadays — is the great bogeyman of the boom/bust cycle. It inflates bubbles of every model and make.

But men did not choose sound money to block bubbles…

Men chose sound money to fortress themselves against government mischiefs and criminalities.

It is impossible to grasp the meaning of the idea of sound money if one does not realize that it was devised as an instrument for the protection of civil liberties against despotic inroads on the part of governments. Ideologically it belongs in the same class with political constitutions and bills of rights.

Church and state are famously separate in these United States. We would separate money and state with equal ruthlessness.

For a state minding money is a fox minding the henhouse.

Deny it the privilege, and you deny it its natural rascality.

In 1392, England’s King Henry III was in arrears to the Pope in Rome… and required 1,000 pounds towards satisfaction of his debt. He did not have it.

So old Henry was forced to appear before the citizens of London with an open hat.

Moreover, they refused him.

Can you imagine a president of the United States upon his knees before the citizens of Washington… begging?

And these same citizens instructing him to move along?

Did the United States president come before the American people in 2008 and plead for money to rescue the banks?

We do not recall the request. Yet the government got its money from its central bank — trillions and trillions.

What Happened to the Constitution?

They knew the excesses of paper money so well… they welded sound money into the Constitution of the United States. Article I, Section 10, Clause 1:

But no “parchment barrier” could forever constrain men determined not to be constrained.

In 1900, total government spending came in under 3% of the gross domestic product.

Government’s bite was so weak… it failed to break the skin.

In 1917, Mr. Wilson ordered the doughboys across the ocean… and into the trenches.

Government spending — again, as a percentage of GDP — vaulted near 20%.

The following Great Depression set the government loose, a child amok in a candy factory.

By the end of the Second World War, government spending scaled 45% of GDP — the arsenal of democracy was not cheap.

Government spending as a percentage of GDP has averaged roughly 20% since 1980. That is, it has averaged WWI levels.

It goes without mentioning… we will mention it regardless… that a government constrained by gold cannot spend extravagantly or obscenely.

Not unless it is in possession of extravagant or obscene quantities of gold. The United States government is not.

No Thanks, Says Gold

As we have written before: Gold is a famously uncooperative agent of change.

It resists social uplift. It has the public spirit of an alley cat.

Gold is timid… and turns away from the sound of trumpets.

“The trouble with gold is that it turns its back on world improvers, empire builders and do-gooders,” as wrote Bill Bonner and our leader Addison Wiggin in Empire of Debt.

Instead it shrugs its shoulders… folds its arms… and drags its feet.

That is precisely why it could not last…

As we have also explained before…

Only a debt-backed system of paper money could finance the great wars, the social improvements and the fevered passions of the 20th century.

This money is ideal for public service. Unlike gold, it is civic-minded. It has a heart. It follows orders.

Whatever war, whatever boondoggle, whatever swindle it is told to get behind… it will get behind.

Fiat money willingly sacrifices its value for the greater good.

This United States dollar has sacrificed some 97% of its value since the Federal Reserve’s 1913 demon birth.

The greatest plummets came after 1971 — when Old Nixon severed the dollar’s last chain link to gold.

Is this the stability the Federal Reserve assumes as its mandate? It is a very strange stability if so.

Do we propose a return to the gold standard?

We propose a private gold standard, established and governed by the free market. Let the market sort the details.

We would deny the government all say, all influence. We would block every route in.

The private gold standard places the monetary authority in the hands of the citizen. He claps golden handcuffs upon his government. He guards the Treasury.

But WWI struck the handcuffs from government wrists… and changed the Treasury guard:

When the public had access to gold coins prior to 1914, individuals controlled banking policy. They also controlled government fiscal policy. They could take their coins out of commercial banks if they did not approve of government policy. This is why national governments annul or restrict gold-coin redeemability whenever a major war breaks out. They do not want to face the citizens’ veto.

With the repudiation of any gold-coin standard since 1914, citizens no longer understand the case for a gold-coin currency. They do not understand that widespread gold ownership was the number one restraining factor on the expansion of state power in the economy. The uncoordinated individual decisions of millions of people could overturn any government policy that required central bank inflation to fund it. The politicians resented this. So did the central bankers.

They denied citizens their gold coins and veto power over government policy. They never restored it:

They refused to return to the prewar gold-coin standard in 1918. Politicians and bankers did not want to transfer this power back to the masses. Once the central banks in every nation stole the gold from commercial banks, who had stolen the gold coins of the depositors by breaking the contracts of full gold-coin redemption on demand, the political elite never again let the masses have their coins.

It is high time the American people reclaim our gold coins — and our grip upon the nation’s purse strings.

That is, it is high time to remind the government who bosses whom…