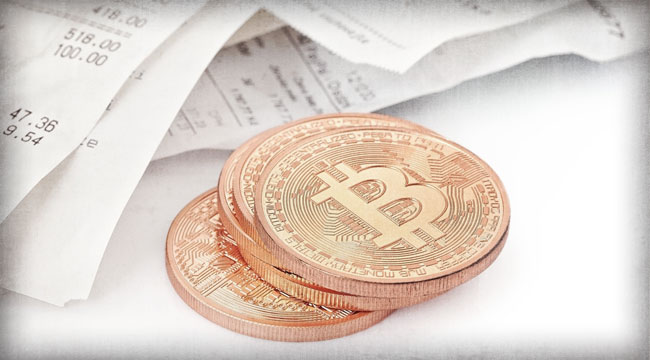 How Bitcoin Can Simplify Your Dinner Plans

A great technology solves a problem that we didn’t know we had. It makes us aware of deprivations we didn’t know existed until we discover the new thing. Once discovered, we can’t go back.

People in the 1950s, for example, never missed the smart phone. They were pleased to have a phone at all. But today, we would never revert, not even to one-year-old technology. It was this way with electricity and railroads and printing all the way back to the wheel and fire.

So too with Bitcoin. People sometimes ask why we need a new payment system and new form of private money. The current system works just fine. That’s what they think until they use Bitcoin. Once they do, they wonder how the world can put up with such a slow, expensive, intrusive, fragile, and old-fashioned system as the dollar nexus.

It doesn’t matter how the check is divided or if it is divided at all. The entire problem of check splitting goes away.

Investor Peter Schiff pointed this out to me recently. He has been a Bitcoin skeptic. Then he saw how his own clients can transfer funds while on the phone at near-zero cost without going through banks or other institutions. He was dazzled and thrilled. After you experience that, the ground seems to shift.

Here’s my latest example, drawn from a regular experience we’ve all had. You go to dinner or a bar with a group of 8 or 10 people. Early in the night, people are happy and living it up. Drinks, appetizers, more drinks, more snacks, shots, desserts, more drinks, whoo hoo! Life doesn’t get any better than this!

Oh but wait. There is the matter of the bill. No one has mentioned this before. At this point in the evening, you start noticing that people drift to the exits to step outside for a smoke. Maybe it is deliberate, or maybe it is not. But regardless, it seems inevitable that by the time the check arrives, the crowd is oddly thinned out. They are avoiding what is always an uncomfortable scene.

You could divide the check but no server appreciates having to do this, and then you get the complication of who is paying for whom. So the total amount usually arrives in one check. It’s less complicated this way. But when it arrives, you can’t just stare at it on the table, as if it were poisonous. At this point, someone, SOMEONE, must accept it or at least pick it up.

Let’s just say you are kind of a natural leader and the bill lands in your lap somehow. That’s when the problems begin. You need to collect from everyone present. Not everyone has cash. A few people will point out that they only have a credit card, and since you don’t accept credit cards — individuals don’t accept credit cards, only institutions — they will just have to owe you or they will “pick up the tab next time,” which, of course they never do.

Some people have some cash but not enough. If you pick up the tab with a credit card and start collecting cash — based on people’s estimates of how much they have consumed — it is a universal law that you will be short on funds. You will collect a third to half as much as you need.

Then you face that great dilemma. Do you do the math and start dunning people? Talk about a downer. Everyone will leave vaguely annoyed at you. In my experience, what happens is that one person ends up paying and collecting a fraction of the cash necessary to pay the whole table. When this reality dawns on everyone — “I’ve got it covered” — people immediately act like it is a wonderful act of generosity, thanked their benefactor, and move on with the night.

This scene is repeated thousands or millions of times every night. It is actually a serious source of quiet conflict and feeds resentments that can last and last. For those who have figured out the racket, they avoid it and actually try not to find themselves in large groups for fear of the great struggle over the bill.

The entire trouble seems like a deeply human conflict, but actually it traces to technological limitations. First, individuals have no way to pay other people on the spot except through cash of which they rarely carry in the right amounts. Second, individuals have no way to accept non-cash payments at the moment — no one is going to write a check under these conditions — so you end up with debts and vaguely made and unfulfilled promises.

No one is really trying to rip off anyone else or sponge off their neighbor, even if it seems to end up that way. It’s all about the tools we use to make payments. Until recently, we have lacked the means to carry flexible amounts of instantly transferable funds that can be moved at low cost from person to person without invoking the services of some third party agency that doesn’t really serve individuals.

Now you might be thinking that there is PayPal. There is. But then you have to get an email address, and you have to pay some fairly high fees, and the service isn’t really set up for casual friend-to-friend payments. It can happen but not without some difficulty.

The other night I was out with friends at a Bitcoin conference. At this event, most everyone had a Bitcoin wallet. When the check came, it was super easy and wonderfully fun. You hold up your phone, scan the QR code, and send or receive whatever amounts are necessary to pay what you need to pay. The process is a delight.

This works even if the establishment doesn’t accept Bitcoin. One person accepts the bill and everyone else pays via Bitcoin. No more excuses about lacking cash or promises to pay later.

The whole problem of the shared check is solved right there on the spot. People have every incentive to pay the right amount, since you aren’t shoving cash around but creating a permanent record of a transaction. They can do so instantly. They can do this without paying notable transactions fees. Everyone leaves happy. It doesn’t matter how the check is divided or if it is divided at all. The entire problem of check splitting goes away.

You might think, oh, this check-splitting problem is just a silly annoyance, not a serious problem. In fact, it is a persistent issue that affects friendships, otherwise tight communities, and ruins social networks. It’s a case in which you don’t really know the source of the problem until you see the solution in operation.

Once you see the solution [to a problem]… you see a huge array of applications for it.

Once you see the solution — a method for transferring value person-to-person instantly at near-zero cost without using a third-party intermediary — you see a huge array of applications for it.

I’m now thinking back to a scene from my childhood in which my father and his father argued over the check at a restaurant. No one had cash. Each had a credit card, so it was an all-or-nothing deal. This was not a polite argument. It became worse and worse. Eventually it became physical, as each man grabbed the check from the other man. It was angry and awful, and oddly traumatizing for a young son to witness.

How much nicer this would have been if they could have quietly and effortlessly exchanged value through their smartphones. My dad could have paid Bitcoin to his dad, and if his dad objected, he could have sent it back. Pretty simple, all with a smile. This would have been charming and delightful, an exercise in exchange and generosity.

So many human problems have their roots in technological failings. Think of how much late or lost mail made a mess before the age of email, or how many family conflicts were related to fighting over the use of the same phone. Solve the technological problem and you make life better for everyone.

Bitcoin can be this way. Once it enters into regular use, we’ll all be amazed that we ever managed without it.

P.S. If you see Bitcoin as only another type of money, then you’re “missing the forest for the trees.” As more and more entrepreneurs find different uses for it, its value grows. Not only can it help you transfer money with someone directly over the phone with practically zero fees, but it could also help you tap into an underground system that can help protect your wealth. Readers of today’s issue of Laissez Faire Today were given a unique chance to gain access to this underground banking system, and reap all the potential benefits it offers. Sign up for the FREE Laissez Faire Today email edition, right here, and make sure you never miss another great opportunity like this.