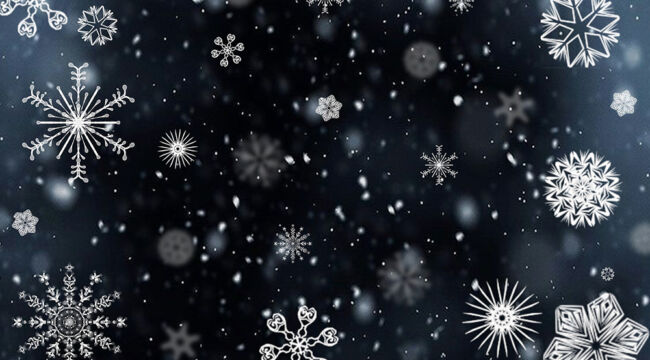 The Dow Jones scratched out a light 10-point gain. The S&P gained seven; the Nasdaq, 80.

If it’s excitement you seek, Bitcoin gained 3% in today’s trading.

But as we often note: The fleeting fancies of the market, its momentary moods, its passing passions, hold little fascination for us.

They amuse us — to the verge of tears at times. Yet they do not fascinate us.

It is the grand sweep that fascinates us… the long view… the view of the eagle high overhead.

To everything there is a season, Ecclesiastes tells us…

In spring, the green saplings shoulder their way out of the earth.

Buds form upon the trees. The days lengthen.

It is the season of possibility.

Summer is nature at high noon. It is green. Lush.

The days are long; they are radiant… they are free of cares.

The first wrinkles of age appear. Summer’s greens go gray and the trees lose their hair.

Then comes winter… with its snow… its ice… its dark.

It is the season of death.

Economies follow a similar cycle of seasons. They sprout, blossom, fade… and die.

The Daily Reckoning’s Charles Hugh Smith has argued winter may be closing in.

Is the economy entering winter?

Charles leans on the work of historian Peter Turchin.

Turchin explores historical cycles of social disintegration and integration over 50, 150 and 200-year cycles in his book Ages of Discord.

These cycles are as natural as the seasons — and perhaps as inevitable.

An oversupply of labor that suppresses real wages… an overproduction of parasitic elites… a deterioration in state finances.

Do any of the three pertain to the United States?

Real American wages have remained largely flat for decades. Evidence suggests the bottom half of American adults earn no more than they did in the 1970s — in real terms.

A deterioration in state finances? The Treasury groans under a $28.3 trillion national debt that is growing… with each tick of the grandfather clock.

Meantime, unfunded liabilities such as Social Security and Medicare currently exceed $50 trillion by some estimates.

$50 trillion liabilities cannot be met. They can only be repudiated in one form or another.

The one constant in this world of markets and men… is change.

The Cycle of Empires

Athens had led a coalition of Greek city-states that defeated Persian invaders. It emerged king of the Hellenic world.

The United States is not the first power in history to export democracy.

Yet in time Athens began to heave its formidable weight around. Its former allies began seeking a balancing counterweight.

They tied themselves up to Sparta.

The 27-year Peloponnesian War that followed ultimately took Athens to its knees… and the Golden Age was no more.

Rome attained zenith in the second century A.D., under the emperor Trajan.

Rome’s shadow covered Britain in the northwest, Mesopotamia in the east, North Africa in the south — and all points between them.

To what city did all roads lead? That is correct.

But the civilizational sinews ultimately weakened… a corrupting rot seeped into the marrows… and Rome began losing its purchase upon the world.

The British Empire, on which the sun never set — and on which the blood never dried — reached high noon in 1914, before the Great War.

It would never reclaim it.

The Soviet Empire saw its market cap peak in the 1970s — then collapse to zero on Christmas Day, 1991.

We estimate America attained its zenith during the 1990s.

Its victory over communism marked the “end of history.” America bestrode the world like an overtowering Colossus.

In Afghanistan — the graveyard of empires — in Iraq, Libya, Syria.

It exports a bankrupt currency.

In November, the world witnessed an American presidential election soaked through with allegations of fraud.

In January, it watched thousands and thousands of furious protestors barrel their way into the United States Capitol, sending congressmen scurrying under the bed.

If this is democracy, said the world, please count us out — thank you all the same.

Look in the Mirror!

The whole world can see, in what calls itself the richest country in the world, squalid, diseased, often rat-infested encampments of tens of thousands the homeless on the sidewalks of city after city: Los Angeles, San Francisco, Seattle, Portland, Austin, on and on. In New York they live in subway stations, often on the trains. Forgotten diseases return. This must cause astonishment in civilized countries such as Japan, South Korea, Singapore, Taiwan…

Next, crime, levels of which constitute a measure of civilization. American lawlessness is a wonder of the world. Over seven hundred killed annually in Chicago, three hundred in Baltimore, with perhaps three times as many shot but not killed. Similar numbers per capita can be adduced for many other cities. Equally elevated figures exist for assault, rape, carjacking, mugging, shoplifting. To citizens of Taiwan or South Korea these numbers must look more appropriate to civil war in Sudan than a country that regards itself as an example to the world…

Public disaffection is rampant in America. Washington is so afraid of its citizens that it called in over twenty thousand soldiers to assure calm when Biden was inaugurated. The whole earth watched, some in shock, others in amusement, as infuriated citizens stormed the Capitol. During a recent trial in Minneapolis troops were needed to protect the proceedings from an angry population, with stores boarding up in fear of looting. Can anyone imagine this in Tokyo?

We could continue. But our patriotic honor forbids it… and we sob over America’s sinking prestige.

Even Venezuela, Russia and China razz the United States for its derangements.

The pots call the kettle black of course — and then some. But can the kettle plead truly innocent?

It is fashionable in some quarters to compare the present United States to ancient Rome.

The comparisons are often overwrought. Often — but maybe not always.

Rome had its spring. It had its summer, its fall… and then its winter.

The seasons glided one into the next so easily, scarcely anyone noticed.

From The Empire of Debt, co-written by our founders Addison Wiggin and Bill Bonner:

In Rome, the institutions evolved and degraded faster than people’s ideas about them. Romans remembered their Old Republic with its rules and customs. They still thought that was the way the system was supposed to work long after a new system of consuetudo fraudium — habitual cheating — had taken hold…

As time went on, the empire came to resemble less and less the Old Republic that gave it birth. The old virtues were replaced with new vices.

We cannot help but think of these United States as we reflect upon these lines.

Our nation shows many of the same telltales, in ways large and small.

But we are cynical by nature. And a man sees what he expects to see, even if it horrifies him.

We cannot truly identify America’s present season. Perhaps it is in a disguised spring.

But we have our jacket and gloves ready… just in case.

And is America the indispensable nation?

Here we modify a phrase about indispensable men — and it pains us mightily to announce it — however:

The graveyard is filled with indispensable nations…