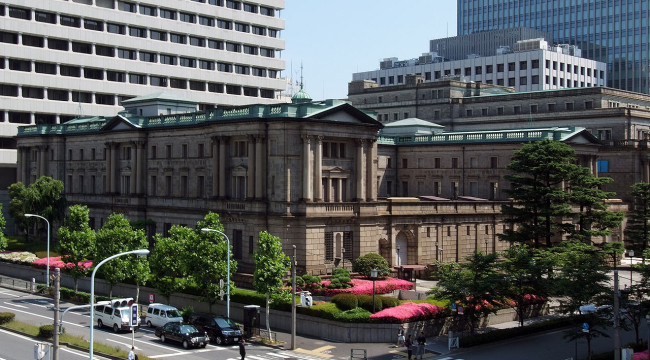 The currency wars are intensifying. Out of desperation, more central banks, including Japan, are running headlong into negative interest rate policy, or “NIRP.”

Negative interest rate policy by the world’s central banks is getting out of control. The latest cut was from the central bank of Sweden, the Riksbank. Interest rates in Sweden were already negative, but the Riksbank cut them even further, from minus 0.35% to minus 0.50%.

The Riksbank has joined the European Central Bank, the Swiss National Bank and the Bank of Japan in this negative rate madness. It reminds me of the limbo dance craze of the 1960s.

Dancers had to lean backward and shimmy under a stick held by two other dancers. It was a contest, and the winner was the one who got under the lowest stick without falling over backward. The musical refrain was, “How low can you go?”

Central banks are engaged in a similar contest, but they may all end up as losers. They want inflation, but negative rates feed deflationary expectations. This causes consumers to hold onto cash in the expectation that goods will get even cheaper.

Stress is rising throughout the global financial market as investors start questioning the negative consequences of central bank policies.

Who knows what lies at the end of NIRP policy — or even if it’s reversible?

Thus far, the reaction from the financial markets is that NIRP is not good. Stock markets are spooked, and investors are piling into Treasury bonds and gold.

Now academic Peter Sands of the Harvard Kennedy School has issued a report calling for the abolition of all “high denomination” currency, including the $100 bill, the 500 euro bill and the Swiss 1,000 franc note. He claims this is to deter drug dealing, terrorism and tax evasion.

The real reason is the power elite want to abolish currency so they can force everyone into the digital bank system. I’m outlining this in great detail in the upcoming issue of Strategic Intelligence. My new teammate and author Nomi Prins has some excellent insights for you on the topic, too.

When global elites plan to confiscate your wealth through taxation, they know they can’t impose it suddenly. They need to spoon-feed you the details over years to get you used to the idea of having your pocket picked.

Climate change is a good example. Why are IMF officials talking about climate change? The purpose is to get you used to a global climate tax. Negative interest rates are another example. It’s a two-step process. First, eliminate cash as much as possible. Paper money is the best way to avoid negative interest rates. So paper money must be abolished before the elite plan can be implemented. This forces you into the digital bank system.

But they’re getting you used to the idea now so they can impose a negative interest rate hidden tax in 2017 or 2018.

The best way to foil the elite plan is to buy physical gold. Gold is a form of money than can never be banned — even by Harvard professors!