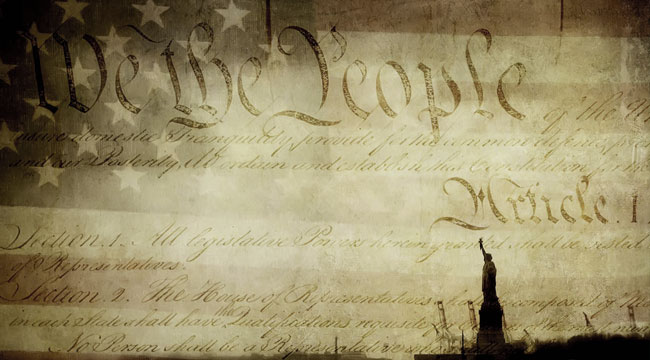 Getting Serious About Freedom

Is there anything that we can do to stop the government’s data mining of our email, phone calls, and other digital habits?

I moderated an entire panel on this subject during FreedomFest in Las Vegas last week. The room was packed from front to back, standing room only. Clearly, there is a great deal of interest in the topic.

Or maybe “fear” is a better word.

No matter how much people have come to expect that government is not really protecting us, it is still destabilizing to realize that our government is conspiring against the rights, liberties, and privacy of the public.

It’s true that for years, we’ve heard rumors that the government had been spying on our private online activities. But the revelations from the Edward Snowden files have been alarming, to say the least. Every few days, there are more. It’s not just you and I who are upset. Diplomats and politicians the world over are rocked at the news that the U.S. is spying on their emails as well.

Each new leak adds to the picture. And the seriousness and truthfulness of it is further reinforced by the U.S. government’s response. In fact, they have not apologized, backtracked, or even shown an ounce of embarrassment about the program, let alone fixed the problem or put in guarantees that it won’t happen again. They are hounding the messenger and attempting to stop him from gaining asylum somewhere in the world.

This is the way that American imperial power is being used. Not to advance liberty, but to turn the big guns on people who expose hypocrisy and show the truth.

The panel began with entrepreneur Terry Easton, who gave a good roundup of the extent of the surveillance and suggested alternatives. Encrypted email, encrypted chat, alternatives search engines to Google that don’t track your online history, browsing in incognito windows, using Linux instead of Microsoft’s Windows or Apple’s iOS. All of these approaches figured into his solution set.

My only caution, which I shared as panel moderator, is that it is actually possible to be too paranoid about the surveillance. Not everything we do is necessarily private. Trying to make it that way might amount to a gigantic inconvenience with very little payoff. Familiarity with encrypted solutions is essential, but to throw your whole digital life into upheaval is giving into fear more than is probably necessary.

On the same panel, Anthony Gregory of the Independent Institute provided some historical perspective. Most governments in most times have spied on their citizens. They love the data. The more data the better. The first great wave of revelations of this in modern times came out in the 1970s, when it turned out that that Nixon had used the power of the surveillance state not to protect the citizens, but to spy on his political enemies.

The most surprising comments on the panel came from Georgetown University law professor Randy Barnett. He is interested in the path of litigation against government activities. He is the man who argued the suit against Obamacare in the Supreme Court.

As he explained, the first step in bringing such cases is to find the thing about the legislation or the activity that is unprecedented. If you can do that, you can get away from the endless bog of case law and have the law or practice judged on its own merits.

For example, in the case of the Obamacare lawsuit, he argued that the mandate that employers collect premiums for a particular privately provided program is unique in the history of legislation. Unfortunately, that argument didn’t carry the day in the end, but it at least gave the plaintiffs an excellent basis for challenging and arguing the suit. Barnett further drew attention to the public education benefits for even losing cases.

So how might he argue the case against the NSA’s indiscriminate spying? Here was a surprise: He said it is a blatant violation of Fourth Amendment protections against search and (in particular) seizure. Instead of physical property, the feds are searching and seizing digital property that should belong to us and those with whom we want to share it. He further pointed out that what the NSA is doing actually has no basis in any legislation.

Barnett thinks of courts and judges as highly politicized institutions that are often swayed by public opinion. If the public is seething mad about a topic, that fact alone can turn around a case. In this sense, it actually matters what people say and think about real-life political issues. Efforts at educating our fellow citizens, contacting representatives through digital swarms, and even wearing shirts of protest can actually make a difference.

I’m not one for the antics of political agitation and activism. So I found his point to be a real challenge to the way I tend to view the world. It comes down to three points: 1) judges and juries are hugely influenced by public opinion, 2) you can’t trust either to do the right thing, but 3) litigating in favor of freedom and human rights can make a real difference even if you end up losing the case in the short run.

How should we respond to the news that the surveillance state is all around us? Professor Barnett urged us not to give up and go live in caves. On the contrary, he said, we need to be more active and public and jealous of our rights than ever before. The government cannot, in the end, control the thoughts of everyone in the population, and the more people who refuse to be intimidated, the harder the job of the government becomes.

What about the rest of FreedomFest? It was a gigantic conference. What I reported above constituted a tiny fraction of this incredible event that attracted some 2,500 people. It drew many academics, journalists, activists of all ages, vendors, investors, and a huge variety of professionals in all fields. And of course, Laissez Faire Books was there in full force. The level of fun was totally over the top. But the content of every session I attended was just spectacular.

I spoke on many panels, did what seemed like dozens of interviews, and even appeared on the Stossel show, which airs this Thursday night on Fox News, at 9 p.m. EST. There’s too much to report, but I can’t pass up the chance to mention another of my favorite panels.

We did an entire session on Bitcoin. Doug French and I spoke along with legendary libertarian activist Amanda BillyRock and anarchist entrepreneur Jeff Berwick. Can Bitcoin replace government currencies? We all said yes, but… there will be many bumps on the road. Some related to the natural pace of economic development, but others entirely artificial and created by government.

This panel caused our new book on Bitcoin by James Cox to be a hot seller. It is short, technically sound, rhetorically friendly, and loads of fun. The name of the book is Bitcoin and Digital Currencies: The New World of Money and Freedom. It provides an excellent introduction to the current situation and the likely future of Bitcoin, explaining all the significance of this implausible success for our lives and freedom.

This was the first time that any FreedomFest panel had addressed such an edgy topic as this. Young and old, professional and activist, were buying this book. And people are learning that it is not as hard to own as you might think.

This panel really sparked some serious interest. An alternative to the dollar? “I’m in.” To me, this is an indication that digital currencies have not only arrived, but will continue to play an important role in the economic development of our times.

Special congratulations are due to Mark Skousen for putting together such a wonderful event. It is rather remarkable to consider how many hats he wears. He just completed an excellent book on investing and the Austrian School, A Viennese Waltz Down Wall Street, yet he has also been the visionary behind one of the greatest and more encouraging freedom-oriented events on the planet.

My final takeaway from this event: There is cause for hope, and plenty of it. The future is made not by the NSA, not by the Fed, not by the Department of Homeland Security, and certainly not by the Obama administration. It will be made by the insuppressible longing of the human spirit to live free and make a great world for ourselves.

The Empire State Moves Against Bitcoin