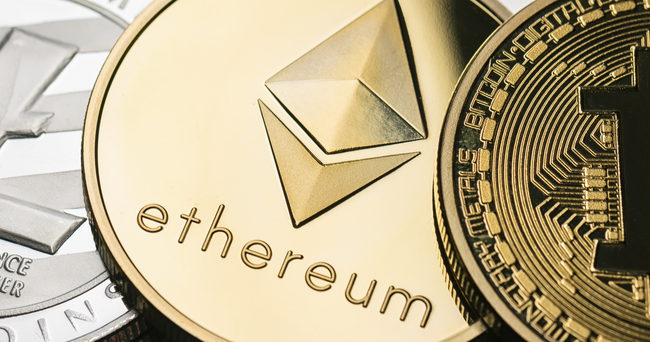 Bitcoin is back! So say the true believers, even with Friday’s flash crash. But there less there than meets the eye.

By last Thursday morning, it soared even higher, to over $8,300.

This rally was bitcoin’s best price performance since its 83% collapse from $20,000 in late December 2017 to $3,300 in December 2018. That crash marked the collapse of the greatest asset price bubble in history, larger even than the Tulipmania of 1637.

The questions for crypto investors are what caused the recent rebound in the price of bitcoin and will it last? Is this the start of a new mega-rally or just another price ramp and manipulation? Has anything fundamental changed?

If you’re beginning to suspect these are leading questions, you’re right.

With bitcoin (to paraphrase Gertrude Stein) “there is no there, there.” Bitcoin is a digital record. Some argue it’s money; (I’m highly skeptical it meets the basic definition of money).

Either way, bitcoin does not reflect corporate assets, national economic strength, terms of trade, energy demand or any of the myriad factors by which other asset prices are judged. Technical analysis is meaningless when the price itself is meaningless in relation to any goods, services, assets or other claims.

Technical analysis can help clarify where the price has been and help with relative value analysis, but its predictive analytic value is low (except to the extent the technical analysis itself produces self-fulfilling prophesies through herd behavior).

That said, what can we take away from the recent bitcoin price rally, putting aside its flash crash for the moment?

The first relevant fact is that no one knows why it happened. There was no new technological breakthrough in bitcoin mining. None of the scalability and sustainability challenges have been solved. Frauds and hacks continue to be revealed on an almost daily basis. In short, it’s business as usual in the bitcoin space with no new reasons for optimism or pessimism.

The second relevant fact is that the bitcoin price has been the target of rampant manipulation by miners in recent years. Bitcoin miners have rising costs of production due to the increasing complexity of the math problems that must be solved to validate a new block on the blockchain.

Bitcoin miners also have large inventories of coins mined in the past that have not been released on the market through exchanges or otherwise.

As a result, miners have huge incentives to pump-up prices, both to cover costs of production and to create demand for undistributed coins. These price ramps are conducted through wash sales, “painting the tape,” joint action, low volume price pumps, and other classic manipulations.

The evidence is strong that this kind of activity has taken place in the past and there is no reason to believe it is not taking place now. As mentioned above, JP Morgan & Chase have estimated bitcoin’s intrinsic value at about $2,400.

The last potential contributor to the bitcoin price spike is simple speculation. Bitcoin buyers who missed their chance to reap fortunes when the price went to $20,000 may see another chance to ride a wave of much higher prices.

Since nothing fundamental has changed about bitcoin for better or worse, some combination of miner manipulation and naive speculation is the most likely explanation for the price action we’ve seen lately. This means the price could just as well crash as rally further.

Nothing has changed in the bitcoin blockchain technology. A use case for bitcoin has yet to emerge (and probably never will). Bitcoin is still unsuitable as an investment although it may work fine for those who just like to roll the dice. Count me out.

A second wave or new generation of cryptocurrencies is now emerging with better governance models, more security, and vastly improved ease of use. These new wave coins represent the future of the cryptocurrency technology. These cryptos have much greater potential to disrupt and disintermediate established payments systems, and financial intermediaries such as banks, brokers and exchanges.

On the one hand, mature cryptocurrencies such as bitcoin, ripple and ethereum are showing their inherent limitations and non-sustainability. These cryptocurrencies all have major flaws in terms of investor safety and ease of use.

The solutions proposed invariably involve backing away from the original promise of safe, anonymous transactions. Government authorities are converging from all sides looking for tax evasion, securities fraud, evasion of capital controls and other improprieties.

The potential value of these new wave cryptos can be measured by the current franchise value of the institutions that will be disrupted. If these cryptocurrencies can disintermediate centralized financial behemoths like Citibank and the New York Stock Exchange, their value can be measured in the trillions of dollars.

If bitcoin is still unsuitable (despite a recent price rally), where do the opportunities lie in the cryptocurrency space? The answer is that the blockchain is growing up and new tokens and use cases are emerging all the time.

These new opportunities are in permissioned distributed ledgers such as JPMorgan’s payment token and synthetic world money proposed by the IMF. This means that the companies who will benefit most from the rise of new cryptocurrencies are not garage band start-ups, but technology giants such as IBM, Intel and Nvidia as well as financial giants such as JPMorgan and Citi.

Crypto has a bright future. But bitcoin doesn’t.