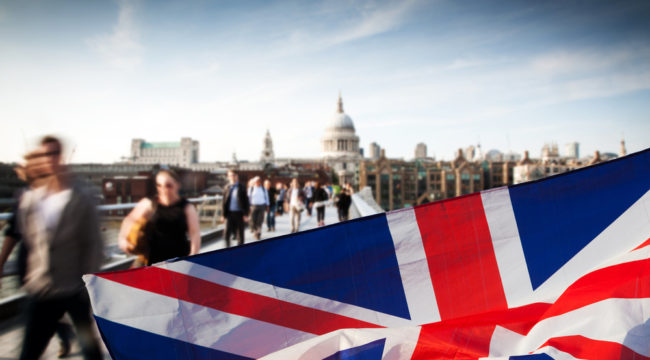 Four Winners in the UK Election

Look for multiple winners in the upcoming UK election, and not one of them to be current Prime Minister Theresa May.

As the United Kingdom prepares for a snap election on June 8, voters will select lawmakers to fill 650 seats. Originally, the next election was scheduled to be held in 2020 but following the landmark Brexit vote, the upcoming election is seen to be a deciding factor in ongoing negotiations.

At its core, the snap election looks to guide British leadership as a public referendum on UK-EU negotiations.

The so-called hard Brexit option would mean that the UK would exit the EU’s single market option all together. Within the single market a guarantee of the free movement of trade, goods and services is open to participating EU members.

Under current rules it also means open and unrestricted migration of people that belong to participating EU countries within the single market. A hard Brexit would stop all such activity.

In contrast, a soft Brexit option would leave negotiated connections with the EU single market. Under agreed upon ties the UK and the EU would continue to somehow be connected in free flows of trade and migration.

Other issues such as UK healthcare services and the economy have also been at the center of the election campaign.

So, who wins in the UK election? The numbers are far too close to call right now.

However, below are four major signals identified that indicate what to watch for and who is positioned for a positive UK election outcome.

Sure, this answer seems obvious. But so many forget that the dominant members in the EU have positioned themselves to be the “West Versus the Rest” (think Samuel Huntington-esque). Germany is the conductor of this EU symphony.

The German economy is the largest in Europe and ranks fourth in the world by nominal GDP standards.

While addressing her own parliament, German Chancellor Angela Merkel hit hard at the prospect of soft Brexit propositions.

Merkel, while outlining the German position on Brexit negotiations, said: “Countries with a third country status – and that’s what Great Britain will be – cannot and will not have the same or even more rights as a member of the European Union. All 27 member states and the European institutions agree on this.”

Meeting supportive applause while speaking to those assembled at the German Bundestag, Merkel identified:

“That means the sooner the British government is prepared to find constructive solutions, the sooner we can engage with their desire to already talk during the exit negotiations about the future relationship between the United Kingdom and the European Union. But first we need to know how Great Britain sees its future relationship with us.”What the leader was doing was simply echoing what she’s said since the triggering of Brexit. That is, Britain and leaders in London will not be able to cherry-pick on what parts of the EU they will maintain and which they won’t.”

While every member of the EU will have a vote, rest assured that the German voice in the EU will receive paramount attention.

The UK might be voting in government elections, but it is the German vote ahead of the negotiating position that will hold the advantage.

The European Central Bank and the UK Election

From the European Central Bank’s perspective the odds for the UK election are strongly in their favor.

In the instance that current UK leader, PM Theresa May was to have a commanding victory it would mean that negotiations would be clear from the beginning.

It would also mean that the EU will have a much firmer understanding of expectations from the UK government and enter negotiations knowing exactly how to approach the eurosceptic, Conservative Party.

That matters for the ECB because it is currently attempting to slow down the stimulus programs ran since the global financial crisis. Any uncertainty from the UK could shake confidence and expectations.  Politics would add risk assessment and muddle the focus on private sector growth.

However, in the instance that there is no clear majority following the UK election, the ECB could still be well positioned.  A smaller majority, taken away from the current Conservative leadership, would mean the EU leaders have a vantage point in negotiations. This would leave the ECB with much greater leverage for action going forward.

The Daily Reckoning reported a year ago with the forecast of exactly what to expect from Brexit. The words used then, are as valuable now, stating,  “Above all, these trends mean uncertainty. Markets have ways to price risk on a probabilistic basis, but markets have no way to price uncertainty where almost anything can happen.”

For the ECB this uncertainty in the UK will allow it to maintain high ground in setting policy for the EU and its members going forward.

Following Brexit, the United States has navigated two different leaders in the White House. With Trump digging in for the long-run, a GOP policy toward the UK will offer leverage for trade, immigration and security.

Understanding how to approach a UK that is negotiating with the EU block will position the US as a likely alternative for negotiations.

As former Wall Street banker and economist, Nomi Prins said, “After May’s initial meeting with Trump, it’s clear that the U.S. is willing to enter a bilateral trade deal. While this gives her leverage when negotiating with EU and creating other bilateral deals, the tariffs on trade between the U.S. and U.K. are just 3%.”

“There’s not much room to move that percentage down, but certainly the U.K. wouldn’t want it to be higher.”

“This means we can speculate that, as part of the negotiation of trade deal with the U.S., other things will come up for discussion, including bank regulations, agriculture and the insurance markets.”

What that translates to is, regardless of the outcome of the UK election a greater emphasis on bilateral trade between the US and UK should be expected.

The FTSE 100, the UK’s primary market, has benefited from a weakened British pound sterling since the Brexit vote last summer.

As of last week the FTSE 100 ended at a near record high, coming close to topping its all-time 7,600 point mark.

The complexity in the currency market is already taking a beating ahead of the UK election and the European Central Bank meeting scheduled for the upcoming weekend.

Speaking to Bloomberg, Athanasios Vamvakidis, head of G-10 currency strategy at Bank of America Merrill Lynch indicated between polls and the markets that, “They have come too close and investors will be looking for the latest trends to assess the probability of any surprising outcome.”

So what direction could hold strong regardless of election outcomes?

Currency expert, Jim Rickards notes, “As we sit, there is only one clear winner on Thursday, which is gold.”

Rickards securely directs, “Investors dislike uncertainty, and when uncertainty is on the rise, they turn to gold as a safe haven.”

So What to Expect from the UK Election?

Currently, there are five possible outcomes from the UK election that continue to be voiced.  Each election outcome scenario holds wildly different results for political outcomes and the market.

Polling and data prior to the Brexit election showed erred measurement results. Fast forward to today and current data continues to be viewed with heavy skepticism.

A highly cited YouGov research poll showed that the party in current leadership could lose an estimated 20 seats while opposition, Labour, could gain 30 in parliament. Under such conditions a change in a majority in Parliament would put a Labour leader in charge. But even such numbers are highly unreliable for investors to follow.

As former UK PM David Cameron noted on Brexit negotiations, “Why should I do all the hard sh— for someone else, just to hand it over to them on a plate?” We are now discovering that PM May is coming to terms with the exact same “hard” dilemma. Meanwhile investors and those in the market are left to measure available options.

Regardless of the electoral outcome, the process for which Britain leaves the EU presents opportunity in several likely and unlikely places that will be worth paying attention to.