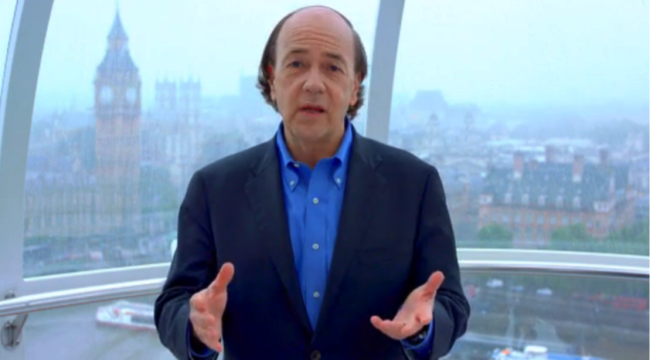 This Thursday — just 48 hours from now — the United Kingdom may soon make the greatest monetary blunder since 1925. That’s when Churchill returned sterling to gold at £4.25 per ounce, the pre-war price. Keynes warned Churchill a much higher price was needed to avoid deflation. Churchill ignored Keynes advice, and plunged the U.K. into depression.

The new blunder is not about the price of gold; it’s about the quantity. If the U.K. leaves the EU, it will turn its back on any share in the Eurozone’s 10,788 tonne gold hoard; the combined total of all Eurozone members plus the ECB.

When the next collapse of the international monetary system arrives, the gold powers (China, Russia, Germany, U.S., France, Italy, and the IMF) will rewrite the rules of the game. Their aim will be to reform the system as was done at the Smithsonian Institution in 1971, Bretton Woods in 1944, and Genoa in 1922. A U.K. outside the EU with insufficient gold will have no seat at the table.

In separate conversations with former Fed Chairman Ben Bernanke, and former acting IMF head John Lipsky recently, each used the word “incoherent” to describe the international monetary system to me. They’re right. Today the system has no anchor to windward.

The dollar-gold standard of 1944–1973 was superseded after a period of chaos by a de facto dollar standard from 1981–2010. President Obama abandoned this dollar standard in pursuit of more exports in his State of the Union address in January 2010.

Since 2010, currency wars have beset the world. Incoherence has led to a progressive loss of confidence in central bank monetary policy. Now the system is going wobbly, and a new collapse-cum-reform is approaching.

The U.K. has two paths that make sense, and one that spells ruin. On form, the ruinous path seems most likely.

The first sensible path is to remain in the EU and adopt the euro. By putting monetary policy in the hands of the ECB, the U.K. would be cloaked in the Eurozone’s 10,788 tonne gold hoard when reformation talks commence.

Remaining in the EU, and not adopting the euro is a half measure. It has the benefit of providing an option to join the euro, but given the technicalities involved, that option is unlikely to save sterling in a crisis of confidence. Perhaps a strongly worded statement of intent to join the euro could be issued on an emergency basis by the Exchequer and the ECB to quell a sterling panic.

The second sensible path is to leave the EU and buy gold. A transparent gold purchase program at a tempo of twenty tonnes per month (similar to that currently conducted by the Central Bank of Russia) would push the U.K. gold-to-GDP ratio to a respectable 1.5% within three years.

This purchase program is practically free. The Bank of England could simply print the money and buy gold as in any open market operation. Merely commencing such a program would bolster confidence in sterling based on expectations of its completion.

The ruinous path is to leave the EU, and rely on central bank money with insufficient gold. Unfortunately, that appears to be happening. Brexit is likely due in part to David Cameron’s tepid negotiating skills, Daesh terrorism in Europe, and fallout from the Panama Papers.

Scotland seems likely to leave the U.K. if the U.K. leaves the EU. Scotland could join the euro on her own, and wrap herself in the Eurozone’s golden security blanket abandoned by England. Edinburgh would then emerge as the center of Anglophone finance. This would be another blow to sterling.

Brexit without gold will lead eventually to a sterling crisis worse than the 1998 Russian ruble crisis. Given the scaling metrics and density function of global finance, a world liquidity crisis could ensue.

Keynesians and Monetarists have probably stopped reading this column by now, muttering, “What’s gold got to do with it?” That query deserves an answer.

Keynes would have been appalled at latter day Keynesianism. He was a decisive voice for the U.K. remaining on gold in 1914, counseled Churchill to adopt a higher gold price in 1925, and proposed world money based on a commodity basket including gold in 1944. Keynes was a pragmatist who understood gold far better than his peers or contemporary followers.

Monetarists misunderstand many things, most importantly the volatility of velocity, a socio-psychological phenomenon beyond the ability of central banks to affect.

Keynesians and Monetarists have little to offer economic policy as witnessed by the output gap of the past eight years.

In fact, gold has everything to do with the international monetary system. The world is on a shadow gold standard.

The Federal Reserve’s stated balance sheet is leveraged to an appalling 114-to-1. Yet this drops to a reasonable 13-to-1 when the Fed’s gold certificates from the U.S. Treasury are marked-to-market.

Russian and Chinese gold buying programs have been underway for years. They serve multiple geopolitical purposes including as a hedge against dollar inflation. Gold reserves also form a foundation for a future non-dollar system based on gold, Special Drawing Rights or a hybrid. Importantly, gold is a liquid asset that cannot be hacked, frozen or interdicted by the U.S.

The new gold standard is hiding in plain sight. One would have to be a Ph.D. economist not to see it. So, Brexit by all means. But, buy gold.

P.S. I’ve spent over $100,000 to bring you an urgent warning from London. It’s extremely time sensitive. My proprietary market timing indicator is saying a market crash could happen this Thursday. That’s why we’re unveiling this video today for the first time ever… and pulling it down in 48 hours. Do not miss it. Click here now or on the play button below to watch. 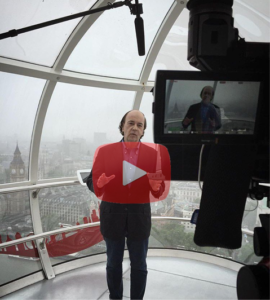