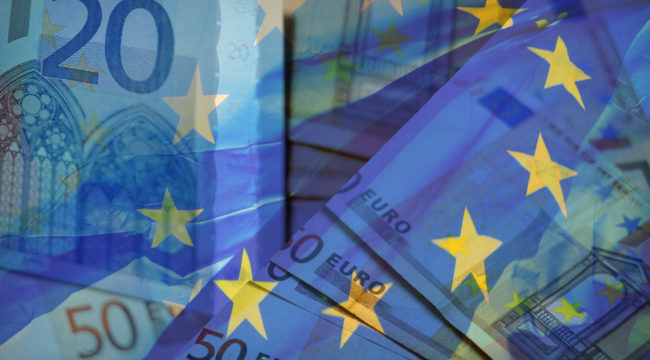 The E.U. Is Not Going Away

Yesterday’s runaway victory of France’s pro-E.U. candidate, Emmanuel Macron, should put an end to talk about the end of the E.U.

I defied expert consensus twice last year by predicting Brexit and the election of Donald Trump. I was widely ridiculed on both occasions, but I was proven right.

But I don’t make predictions to grab attention or make headlines. They’re based on the actual evidence I see. And I also predicted that Macron would win yesterday, which was also the consensus view.

So yesterday’s loss, while decisive, nonetheless represents a dramatic gain for the National Front party. And the populist, nationalist, anti-immigration story is not going away.

I was not among them.

But beyond the Euro, there’s something more fundamental you need to understand about the E.U.

The European Union is not primarily an economic project. It’s primarily a political project.

Does it have a lot of economic problems? Absolutely, from Greece to Portugal, Italian banks, et cetera. But its primary purpose is political.

Much has been made of Brexit. But the U.K. was never really a good fit with the E.U. to begin with. Besides being geographically separated from continental Europe, Britain is also culturally distinct. Further, it has a different legal system.

Many of the countries on the continent have what’s called a code-based system of law. In a code system, problems are addressed by writing rules. There’s practically a rule for everything, including how much wine a bartender can pour into a glass, for example. If a rule doesn’t adequately address a problem, they’ll write another rule. If that doesn’t solve it, they’ll write another and so on.

Contrast that with the U.K., which has a tradition of common law. Common law is different than code-based law. Yes, there are laws, rules and regulations in common law. Probably far too many. But judges have greater discretion under common law that lets them look past the actual letter of the law to achieve equitable justice. A common law system is more flexible.

That flexibility is missing from the code-based law that exists on the continent. Common law and code law are completely different, that is to say. It’s not just that the rules are different, but the mindset is different.

That divide between the common law and code-based law is more significant than most people realize. It runs right down the middle of the English Channel, and one of the reasons the U.K. rebelled against the European Union is that it has too many rules. Immigration was a no doubt a major part of it also.

But the most important reason why Brexit didn’t threaten the E.U. is because Great Britain never joined the Euro. London hates the Euro, in fact.

If it had been the Netherlands, Italy or Spain or certainly Germany or France leaving the E.U., I would have a much more pessimistic or dire outlook for Europe. But it was the U.K., and the U.K. has always been different.

The bottom line is, Europe is solid. So far this year, both the Netherlands and now France have elected pro-E.U. parties that affirm the status quo.

The U.K. leaving was a major economic development. But it won’t lead to the breakup of the European Union. It will not be the end of the Euro. In fact, I expect the Euro to get stronger from here, and will grow stronger in the years ahead.

I’ve been very bullish on Europe and the Euro in the past. While the Euro did trade down from around the $1.40 level in late 2013, all the way down to $1.05 in January 2015, many people said it was going to parity with the dollar.

Yes, Europe will face crises. Greece is back in the news again, and trouble in the Italian banking sector is also popping up again.

I don’t deny the potential for trouble exists. But I expect the center to hold. Back in 2011 and 2012, a lot of economists like Paul Krugman and Joseph Stiglitz said Europe was breaking up. Spain was leaving. Greece was being kicked out. Germany was going its own way.

But I said, “Nonsense, none of that is going to happen.” And it didn’t. My advice is when somebody says Europe’s falling apart, don’t believe it.

Since the European sovereign debt crisis emerged in early 2010, not a single member country has left the euro, and three new member countries (Estonia, Latvia, and Lithuania) have been added.

This brings the total to 19 member countries. I expect other countries will join in the years ahead, including Scotland, Croatia, and the Czech Republic.

Looking ahead, the most important election this year is in Germany where a new Chancellor will be selected on September 24. This race will be close, but my expectation is that Angela Merkel will hang on to her position as Chancellor.

But even if she loses, there’s no threat to the euro. The leading candidate behind Merkel is a Socialist who also favors the euro.

The bottom line is that nationalism is an important trend in European politics and deserves close attention. But, it is no threat to the Euro in the near-to-intermediate term.

Meanwhile, the population of the E.U. is about 508 million; significantly larger than the U.S. at about 310 million. The members of the Eurozone collectively hold about 10,000 tons of gold — more than the U.S., which has about 8,100 tons of gold.

Thinking of the E.U. and Eurozone as a gaggle of separate small countries, some of which have serious economic dislocations, produces a distorted view of the strength of the Euro. When population, GDP, gold, and other metrics are viewed in the aggregate, what emerges is a formidable competitor to the U.S., Japan, or China as a leading global economic power.

This view is borne out by the fact that China is increasing its direct foreign investment in Europe, and continues to hold a significant portion of its foreign exchange reserves in Euro even as it reduces its holdings of U.S. Treasuries.

So if you think the Euro and the E.U. are in danger of imminent collapse, I’d advise you to reconsider. Both are likely here to stay.