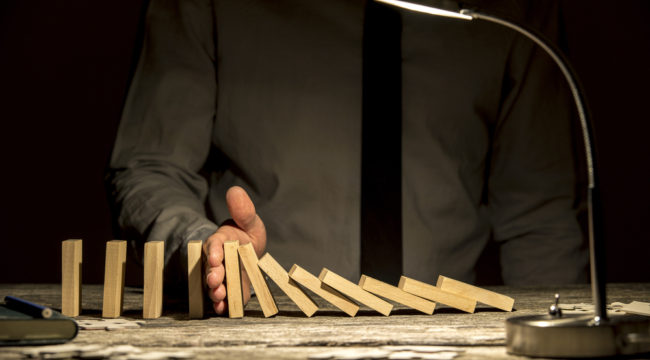 Beyond Brexit – More Earthquakes on the Way

On Monday, June 20, 2016, I stood in the London Eye Ferris wheel. I was just across the Thames from the UK Houses of Parliament, standing with a film crew to record an urgent warning. I said that the Brexit vote, coming just three days later on June 23, could produce a financial earthquake.

I recommended the exact strategies to avoid losses and to profit from the catastrophe to come. These strategies included shorting sterling, buying gold, and increasing cash allocations so our readers could “go shopping among the ruins.”

As a result, my readers were prepared for what happened — unlike the elites and so-called “smart money” who were totally unprepared.

I wish that were the end of it, but it’s not. New earthquakes are coming soon as part of the Brexit aftershocks.

By now, you’re familiar with the basic outline of the Brexit story. On June 23, UK subjects voted by a 52% to 48% margin to leave the European Union. Markets had clearly priced for a “Remain” victory. The result was an instantaneous and violent repricing.

Gold gained over $40 per ounce, stock markets fell 4%, sterling crashed almost 10%, and the euro sank 4% all in a single day. These are large percentage moves for a full year. To happen in one day is the financial equivalent of a 7.0 earthquake on the Richter Scale.

The key question for investors is whether this is a one-time repricing of assets, or whether it’s the start of something with a long way to run. If the latter view is correct, then it’s not too late to profit from some of our favorite plays including long positions in gold, short positions in sterling, and long positions in U.S. Treasury notes.

At Intelligence Triggers, we don’t believe that markets are efficient or that forecasting is impossible. Quite the opposite. Our proprietary models allow us to make long-run and intermediate-run forecasts that give you time to profit ahead of the crowd.

Wall Street will tell you that you cannot foresee shocks and you cannot “beat the market.” Don’t believe it. While most market participants were shocked at the Brexit vote, we saw it coming a mile away using our proprietary models.

On March 2, 2016, almost four full months before the Brexit vote, I gave an interview to Bloomberg TV in which I predicted that “Leave” would win and recommended that investors short sterling, buy gold, and buy U.S. Treasury notes. All of those trades have been huge winners.

At my publication,Intelligence Triggers, we don’t believe that markets are efficient or that forecasting is impossible. Quite the opposite. Our proprietary models allow us to make long-run and intermediate-run forecasts that give you time to profit ahead of the crowd.

In plain English, this formula says that by updating our initial understanding through unbiased new information, we improve our understanding. I first learned this method while working at CIA, and we apply it at Intelligence Triggers today.

The left side of the equation is an initial estimate of the probability of an event happening. New information goes into right hand side of the equation. If it’s consistent with our estimate, it goes into the numerator (which increases the odds of our expected outcome). If it’s inconsistent, it goes into the denominator (which lowers the odds of our expected outcome). This is the method we used to correctly forecast the outcome of the Brexit vote.

Now we are using it again to forecast the aftermath of the Brexit earthquake. Our expectation is that sterling has much further to fall, perhaps to as low as $0.80, a full 40% drop from current levels.

We also expect gold to go much higher. Gold was already headed higher for reasons unrelated to Brexit, including the Fed’s new dovish stance on interest rate hikes. But Brexit uncertainty gives added impetus to the uptrend already underway.

What are some of the data points included in the equations behind our updated forecast?

The list goes on but you get the point. Only a small portion of the impact of these events has been priced into markets already. This means that the market trends we identified, short sterling, long gold, etc., have a long way to run.

Above all, these trends mean uncertainty. Markets have ways to price risk on a probabilistic basis, but markets have no way to price uncertainty where almost anything can happen. In these situations, markets go to the safest of safe havens and that means cash, U.S. Treasuries, and gold.

The slump in gold and gold related stocks from 2011 to 2015 is no mystery. It had to do with the Fed’s tightening policies and strong dollar policies after the dollar hit an all-time low in August 2011.

Now that the Fed is pursuing a dovish weak-dollar policy, gold is poised to go much higher.