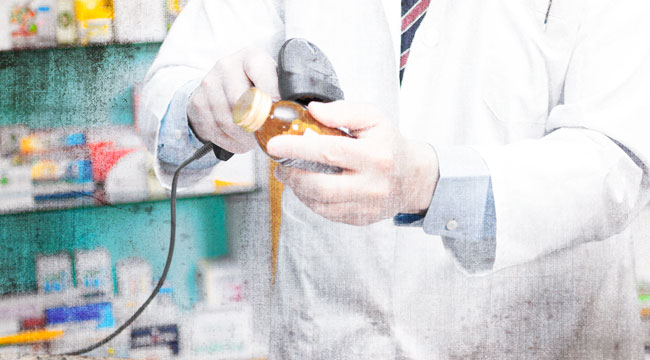 Like it or not, the Affordable Care Act — Obamacare, for short — is coming.

Between now and then, governments across the land will blow millions of dollars in public relations campaigns to reach target audiences and encourage millions of Americans to participate in the overhaul.

Some governments already are looking at how to advertise Obamacare, and some ideas brewing are goofy, while others are just awful.

Here are the five silliest ways we’ve found that governments will promote Obamacare to the masses:

5. Handing out bottles of sunscreen

Hey, maybe Secretary of State John Kerry can help out with this one.

Connecticut, which is setting up its own state-level health insurance exchanges, will have officials on hand at Sailfest 2013, an annual celebration in the seaport town of New London. Access Health CT, the name for the state’s exchange, is listed as a corporate sponsor of the event, but the event’s organizers did not return calls seeking information about how much the government entity paid for that sponsorship.

According to the event’s website, Access Health CT will be handing out bottles of sunscreen to the estimated 300,000 attendees at the event. The bottles will include the phrase “Get Covered,” theoretically in an effort to get the yachting public of the Nutmeg State to check out the exchange website.

Of course, if someone owns a yacht and doesn’t have health insurance, we should seriously question their priorities.

4. Writing Obamacare into the scripts of television shows

Here’s a really off-the-wall idea, as first reported by Governing magazine in February:

“Beyond the Beltway, nobody knows anything about the [ACA],” Kim Holland, executive director of state affairs for the BlueCross/BlueShield Association, told Governing magazine last month. “We cannot underestimate the amount of effort it will take to get people to the system.”

So states are getting creative. California has signed a $900,000 contract with Ogilvy Public Relations Worldwide to market its exchange. Some of the ideas the group has explored are rather nontraditional: How about a reality show chronicling the struggles of people living without health insurance, with the occasional plug for the exchange? What about writing the exchange into plotlines for prime-time shows like Modern Family or Grey’s Anatomy?

That should make for some thrilling television. It’s like how everyone talks about the famous episode of Dallas when oil baron J.R. Ewing got… stuck in line for three hours at the DMV trying to renew his driver’s license. I’m sure Modern Family will also do an episode in which one of the main characters gets audited by the Internal Revenue Service for not paying the new tax for not having government-approved health insurance.

If there is one show I do want to see take on an Affordable Care Act storyline, it’s South Park.

LeBron James, you’ve just won back-to-back NBA championships. What are you going to do now?

Well, he might be going to Disney World. But he won’t be shilling for the federal government.

After a brief foray into the idea of using professional athletes to promote Obamacare and its health insurance exchanges, the Obama administration pulled the plug. As Florida Watchdog’s Will Patrick reported last month, the government-led advertising blitz was the result of pressure to turn public opinion and enroll the initially projected 7-8 million participants in the all-important state insurance exchanges before the deadline on March 31, 2014 — a tall order.

The administration also approached the National Football League, but you won’t see Chad Ochocinco celebrating his next touchdown by holding up a sign telling fans to sign up for the exchanges. The NFL backed out of the deal — after Health and Human Services Secretary Kathleen Sebelius said they were “enthusiastically engaged” — because of concerns about negative backlash on the league’s popularity.

You have to see this one to believe it. Because unlike some other entries on this list, this actually became a reality in Oregon.

As Shelby Sebens of Northwest Watchdog pointed out last week, the ads do very little to promote the health care law. In fact, it seems more like a tourism promotion video for the Beaver State than an honest attempt to inform residents about the most significant change to federal entitlement policy in more than 40 years.

The state will continue its hipster-based advertising policy by adding promotions for Obamacare to the outside of coffee cups.

And if you’re taking health care advice from a guitar-strumming hipster… well, good luck to you.

Not to be outdone by their neighbor to the south, the state of Washington is considering plastering advertisements for their state-level health exchanges on the fronts of portable toilets at music festivals.

“‘You’re talking about a high degree of skepticism,’ said Michael Marchand, who runs communications for the WA HealthPlanFinder, Washington’s marketplace. ‘There’s a lot of “I don’t understand what this is and why it’s important” or “I don’t understand why there’s a good return on investment when I could be getting the next Radiohead album off iTunes.” It’s totally understandable. I get that.’

“Marchand has been thinking up all sorts of ways to make sure young people hear about the new health program. Perhaps in music-heavy Washington state, it’s no surprise that his thoughts have gravitated toward outreach at concerts and music festivals.

“‘We’ve talked about everything we could use, even whether we could do some branding on porta-potties,’ he said. ‘I want to sponsor charging stations, too. Talk about a captive audience. They’re standing there, charging their iPhones.'”

Some critics of Obamacare have suggested it will turn health care into something resembling the process of going to the DMV, but this metaphor might be even better. Because when I think “easy, clean, and healthy,” I definitely picture a portable toilet at an outdoor music festival.

That reminds me, I have to get the new Radiohead album off iTunes.