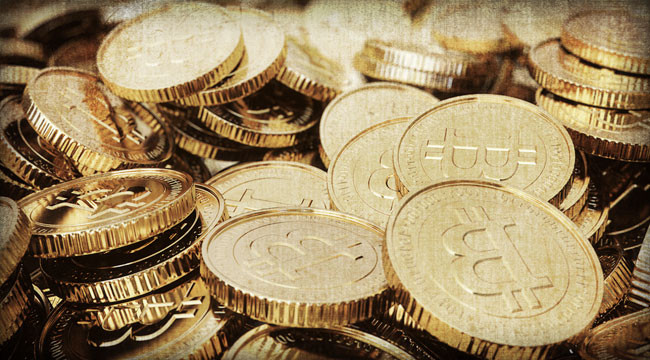 It was a wild ride last week in the world of the Deep Web, that section of the Internet that requires special tools to access. The feds took down the site called Silk Road and claim to have arrested its founder and administrator. The news streams were filled with lurid tales of derring-do in this world that seem to be drawn from a TV mini-series.

My first step was to see if I knew this fellow named Ross Ulbricht whom the feds unmasked as the Dread Pirate Roberts, the hero to cyberpunks everywhere. Sure enough, I found a correspondence from 2009 in which he spoke about a real-time experiment in market action. Thinking that he was talking about business cycles — this must have been on my mind — I said it sounds great.

In the meantime, it never occurred to me that I might actually have exchanged emails with the founder of the Silk Road. It has long been an eBay-style marketplace for illicit goods and services. Yes, narcotics are among them. It sounds scary, doesn’t it? Yes, it does, until you actually visit the place, as I did only a few months ago.

Here you have many sellers of marijuana, cocaine, methamphetamine, and many psychedelics. There are customer reviews, solid product descriptions, lots of back and forths between users, a high level of quality control, and all the apparatus we’ve come to expect from regular Internet shopping.

None of these products appeal to me in the slightest. The drugs I like — caffeine and alcohol — you can buy at the grocery store. But you come to realize something important after browsing the Silk Road. Maybe it is obvious. Maybe you already know this. But it needs to be said: The desire on the part of a large swath of humanity to dope itself up with something cannot be suppressed, no matter how hard governments try.

Everyone has an interest in seeing peace and normalcy come to these markets. Silk Road was achieving exactly this…

Yes, many of these drugs are personally harmful. Some are not, and it is absurd that they are illegal at all. Regardless, none of them embody some kind of evil that can be or must be vanquished from the planet. At these markets, you find willing buyers and willing sellers, no different from any other sector of life. What makes this market different is that it is illegal, so, therefore, it is dangerous.

At one level, it is incredible and amazing that the Silk Road survived as long as it did — out there in plain view for anyone who downloaded the right browsing software. It was the most conspicuous sign on the planet of the impotence of government. Despite all the power, all the guns, all the courts and legal status, government couldn’t get rid of the thing.

The tools of the Deep Web take some of the danger away, and that is all to the good.

So how did the feds finally catch up with the guy who ran the Silk Road? It wasn’t through technological failure or compromise. Ulbricht, who allegedly ran the site, was just a bit too reckless in throwing around his name and clues to his identity. The investigator on the case traced him through various public postings, connected the dots, and even ran a little sting operation designed to ramp up the charges (an agent pretended to be a hit man for hire, and got himself hired!).

Who cheered the shutdown? Governments, sure. But there’s another group out there who would be thrilled by the end of Silk Road. That would be the drug cartels. Just as Amazon meant competitive pressure on the big sellers and publishers, just as PayPal became a rival to the big money transfer companies, and just as online brokers have eaten into the market for large brokerage houses, so too did Silk Road begin to loosen the grip of the violent drug cartels.

In other words, this site was a threat to the powers that be both in government and in the drug business. Imagine bypassing the middleman and letting producers and consumers connect directly? No more dangerous alleyways. No more risky cash transfers. No more turf wars. The “turf” becomes digital, which is perhaps the best way to optimize search. Guns and bullets are replaced by user rankings and reviews.

So let’s just grant that there will be no end to the demand for, and, therefore, the supply of, drugs. The government’s war on drugs has actually intensified use and driven people to ever harder forms of drugs. Everyone has an interest in seeing peace and normalcy come to these markets. Silk Road was achieving exactly this, which is why many people think that the Dread Pirate Roberts (the nomenclature of Silk Road’s owner) ought to get the Nobel Peace Prize.

And please, don’t think for even one instant that this shutdown does anything to curb the progress of these Deep Web markets. At least three replacements for Silk Road popped up overnight. Users and suppliers are all busy making other plans. The next iteration won’t make the same mistakes. Just as the Napster shutdown began the great era of file sharing, so too will the Silk Road shutdown mean a boom-time business in online drug hookups.

In the course of the seizure of the domain, the government also took all money that was in escrow within the system. The money, however, was denominated in the currency that the Silk Road accepted, which was Bitcoin. Suddenly, the government has found itself as a major holder of Bitcoin: all 27,000, which are easily visible on the blockchain. Now the government has a public address, to which many thousands have been sending Bitcoin along with choice words in the comment section of the transaction. You can enjoy a fun evening reading them all.

Interestingly, however, there are still another 600,000 Bitcoin (valued at around $80 million) that the feds can’t seem to get. Most likely, that’s because the key to Ulbricht’s personal stash is in cold storage on the blockchain and can be accessed only through what’s called a “brain wallet.” That means that only Ross himself has the key to access it. What will they do to pry it out of him? To what lengths will they go? Waterboarding? Solitary confinement? Worse?

Many users of Silk Road have been looted for no reason. A peaceful marketplace has been shuttered.

Fascinating, isn’t it? One year ago, governments were laughing at this digital currency. Most everyone was. People said it was a fake currency, an Internet scam, a money-crankish Ponzi scheme. How times change! Now the world ‘s largest government is crying out, desperately trying to grab these coins. They consider them valuable assets, which, at $140 a pop, they certainly are.

Until last week, there were plenty of people who claimed that the value of Bitcoin was entirely wrapped up with its use on the Silk Road. That’s a testable proposition. The Road went down, and Bitcoin swooned for a few hours. But by the next day, the dollar exchange rate was actually higher than it was before the seizure. Now it is stabilized.

Therefore, there is another irony. Bitcoin is benefiting from this shutdown. What was marginal and odd only last week is now seen as robust and growing and probably the future of monetary economics. Where are the critics? As always, they have snuck away and have not admitted that, as always, technology has proven itself a superior guide to the future than intellectuals and governments.

Even so, the tragedy remains. Many users of Silk Road have been looted for no reason. A peaceful marketplace has been shuttered. A promising path to a future world without drug cartels has been blocked. But so long as government gets its Bitcoin, I gather the power elite don’t really care.

Ed. Note: As powerful as the U.S. government is (or thinks it is), entrepreneurs and innovators will continue to find a way to circumvent this perceived power. And there will always be opportunities to make money because of it. This concept is discussed regularly in Laissez Faire Today – a free email, designed specifically for free-thinking, liberty-loving individuals who want to know just how to get the government off their backs… and how to profit in the process. If that sounds like you, we suggest you give it a try. Sign up for FREE, right here.