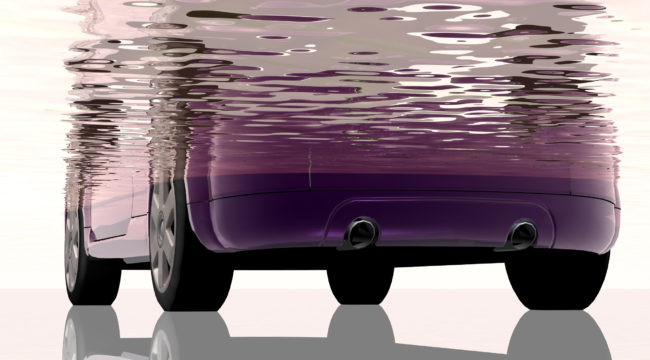 “Listen closely. Hear that?” asks Gerald Celente. “The echoes from the subprime mortgage crisis that kicked off the Panic of ’08 are beginning to reverberate again.”

Today we pick up with the proliferation of auto loans to borrowers with a shaky credit history.

“And they drive off the lot with shiny new cars. No job? No money in the bank? No problem. Just see your local car dealer. Get a deal you can’t refuse.”

Now all that lending and borrowing is coming home to roost: “Nearly one in five subprime auto loan borrowers are two months or more behind on loan payments,” Gerald tells us. “Delinquencies, according to Standard & Poor’s, are at highs not seen since 2010.

“According to credit tracking agency Experian, the average car loan is 68 months, or more than 5½ years. And many subprime loans offer payback periods of up to eight years, or 96 months.

“Those longer payback periods guarantee the money owed outweighs the car’s value as the loan matures. Many loans taken out in 2013 or 2014 are guaranteed by an asset worth less than what’s due.”

Yep, there are upside-down auto loans these days — and a lot more of them than you might think.

Matter of fact, nearly one-third of vehicles with a lien on them now carry “negative equity,” to use the industry term. Little wonder when people trade in a vehicle on which they still owe money… and roll over the outstanding balance into a loan on a new vehicle. 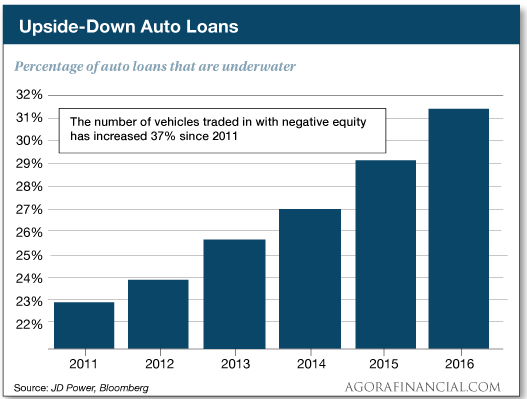 By now, outstanding subprime auto debt is nearly three times the size it was just before the 2007–09 financial crisis.

We want to reinforce a point we’ve been making for more than three years now: Subprime auto loans are a problem, but not enough to wreck the economy as a whole.

Nonetheless, “delinquencies are accelerating,” Gerald warns. “Bad lenders who aggressively targeted this market sector and hold disproportionate amounts of risky loans will be hit hard. The fallout will be ugly. Some companies that deserve to fail will, in fact, evaporate into thin air.”

And yet… “The eventual fall of the worst-of-the-worst auto lenders will give fast movers like you a huge profit opportunity, and maybe more than one opportunity, this year.”

The Fed Gets Blindsided... Again

Here’s Nomi Prins with the latest analysis on the Fed’s repo market action. Find out why the real story Wall Street is watching is the Fed’s money program, not Trump’s impeachment…