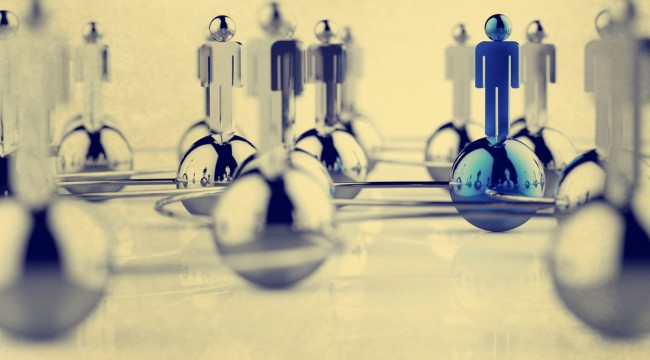 The Code that Made Civilization - and Human Progress - Possible

We can’t reply directly to every piece of correspondence we receive. But we read everything that comes to us.

We’d like to reply, but often we don’t have a good answer to the suggestions, questions and complaints that come our way.

There are surely more things in heaven and earth than are dreamt of in our philosophy. If not, it’s a pretty sorry world.

We report what we see… what we think… and our guesses about what it means and where it leads. Sometimes right. Sometimes wrong. Always in doubt.

Today, we write about something that was hidden in our new book, Hormegeddon. Something hidden from the author, that is.

When you write a book you are supposed to be the master of your subject. That is especially true when you’ve practically invented the subject. But then, along comes someone who says:

“Don’t you see? You missed the most important point.”

Contracts are made between relative equals, not between rulers and the ruled.

When our colleague Porter Stansberry first wrote about the “secret” of the book, and how it was the secret to success, we were puzzled. We didn’t know what he was talking about. Secret? What secret?

We had merely noticed that public policies — pursued too ambitiously — were subject to a particularly nasty phenomenon, which we called “hormegeddon.” (A portmanteau word we came up with that blends the word “hormesis” — which describes when a small dose of an otherwise harmful substance has a beneficial effect — and the word “Armageddon.”)

We were so focused on this we failed to notice an even bigger and more important phenomenon — one that describes an important secret to success in individual lives and careers… and one that works in business and investing.

This secret was in plain view. But the book’s author — yours truly — had not noticed it. It took a clever reader to drag it out of the shadows and expose it to the light of day.

But now that the secret has been put on display, let’s examine it more closely. Let us prod it with a stick, turn it over on its back… and see what kind of beast it is.

Our knowledge of human life in prehistoric times is sketchy. We have a limited archeological record. We also have legends and stories. And we have inferences we can make from studying primitive tribes in remote areas of the globe, before civilization got hold of them.

What they tell us is that philosopher Jean-Jacques Rousseau was a fool.

When Ralph Waldo Emerson visited Europe, he had to be practically dragged to the home of Rousseau, whom he considered unworthy of homage.

In our book, we mention that Rousseau’s “social contract” theory of government is preposterous. You can’t have a contract with an unwilling, uninformed and unwitting counterparty.

Contracts are made between relative equals, not between rulers and the ruled. You can’t make a valid contract with someone while you hold a gun to his head. Nor can you reserve the right to change the terms whenever you want.

But an even bigger imbecility is Rousseau’s theme of the noble savage. There was nothing noble about uncivilized man. He may have had some fine qualities, but he was also ignorant, murderous and cruel.

This is not to say that civilized human beings are not also ignorant, murderous and cruel. The difference is that civilized people aim to be better than that; often, they succeed.

If you read the accounts of early explorers, you get a glimpse into what life was like before civilization emerged. For example, in the 18th century, an Englishman spent time with tribes people in what is today Canada.

He noted they would go on raiding parties, attacking other tribes. The idea was to kill the men (and take their scalps as proof) and to capture the women. The captured women were raped repeatedly over several weeks, dragged to another tribe and sold.

Today, these sorts of things still happen, but they are the work of mental defectives, sociopaths or hardened criminals. Back then it was normal.

“Do unto others as you would have them do unto you.” That was the message of civilization.

In another story, recounted briefly in Hormegeddon, a tribe of “native Americans” hiked for weeks through the forests of Quebec, taking along with them the aforementioned English explorer.

Finally, the group arrived at the shores of Hudson Bay, where they found an encampment of Inuit. The hunting party went right to work. To the surprise and horror of their companion, they killed every man, woman and child in camp… and then returned to their own territory.

This was apparently a routine summer activity.

Today’s civilizations still have people who still like torturing other people, but these practices are outlawed. Those who partake in these dark pleasures do so rarely and surreptitiously.

Civilization changed behavior. More important, it changed what people thought their behavior should be. That was the real meaning of the Ten Commandments that Moses brought down from the mountain.

These were the new rules of a civilized people. They were well adapted to the new phase of human life.

Later, Jesus of Nazareth squeezed the rules to get at their essential oil: “Do unto others as you would have them do unto you.”

That was the message of civilization. And you didn’t have to be a Christian to get it.

Hillel the Elder, a Jewish religious leader who lived around the same time as Christ, said the same thing in a different way: “What is hateful to you, do not do to anyone else.”

This new code — although oft ignored, oft transgressed and oft forgotten — flourished because it made civilization possible. And civilization made material progress possible.

If you are going to have civilization you can’t kill people just because they’re not of the same tribe. And you have to be ready to buy and sell with them. You have to respect their property. And they have to respect yours.

Transactions in this new world had to be win-win deals. Otherwise, people wouldn’t want to do business with you.

More on The Secret… tomorrow…

Trump and the Great Debt Betrayal

Donald Trump opens the floodgates on $317 billion of debt. Bill Bonner on why deficits don’t matter — until they do…